How Karnataka is setting the example for effective plastic disposal practices 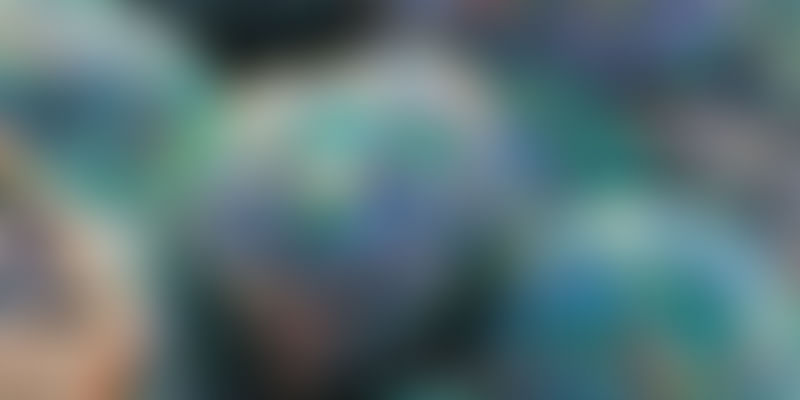 The theme for Earth Day is 2018 was “end plastic pollution”, the theme for World Environment Day 2018 is #BeatPlasticPollution, and suddenly there is a flurry of messages in the various WhatsApp groups and on social media. A reporter from a newspaper messaged to check on the activities taking place in the city on the occasion. Back at the community radio station, I walked into the Monday meeting to find animated discussions on plastics – from the perils of pollution to the efficacy of bans, to plastics in our food chain and our water bodies and more.

I am immediately transported to all waste markets that I toured across Mumbai, Bangalore, and Delhi. In April-May 2017, I visited the plastic trading market at Tikri Kalan in Delhi, and it left me overwhelmed. Having worked in the recycling space for over 10 years, amidst all this talk, I can’t help reflect on what’s been happening on the ground.

Plastic products have become an integral part of our daily life, and how. Take a look around you – bags, containers, bottles, packaging material, homes, water pipes, toilet seats, the insulating material in wires, hospitals, agriculture, the automobile/transport industry, building and construction, furniture and housewares, toys, and now in our oceans, soil, animals, and in us – the stuff is everywhere. While there is no denying the material’s usefulness, what happens next is the question. Drive past the city side or the countryside or walk down to your local lakes, rivers, and beaches, and you will see waste dotting our landscape.

According to an article in Statista, in 2016, world plastics production totalled around 335 million metric tons, with global productions rapidly increasing since the 1950s. The production of plastic will only continue to increase. In India, there are no current and authentic figures on the total generation of such waste. As per a study conducted by the Central Pollution Control Board (CPCB) in 60 major cities of India, it has been observed that around 4,059 tonnes of waste are generated every day from these cities. Average waste generation is around 6.92 percent of Municipal Solid Waste (MSW).

With extrapolation of the plastic waste generation data from 60 major cities, it is estimated that around 25,940 tonnes of such waste are generated in India each day. Note that the data tabulated is from 2010-2012. Given the lack of current data, unless we are conscious of how we dispose of plastics, it will soon come back to haunt us.

Are bans a solution?

Let’s look at the single-use plastic bags, popularly known as polythene bags. According to the Earth Policy Institute, it is estimated that about one trillion such bags are used worldwide every year. There is no denying that civic agencies in the world are struggling to set up systems for collection and disposal of these bags. The quick-fix solution then automatically tilts in favour of a ban. But this requires effective on-ground implementation, backed by good governance mechanisms, lest it flounders.

According to the PIB Press note issued by the Ministry of Environment, Forest, and Climate Change on August 8, 2017, 17 states/union territories have imposed a complete ban on manufacture, stock, sale, and use of plastic carry bags through directions/notifications and executive orders. In 2018, Maharashtra became the 18th state to issue a ban on these carry bags, disposable items like spoons, forks, cups, glasses, and containers, thermocol items like plates, glasses, bowls, and containers, non-woven polypropylene bags, pouches, wrap, packaging for food items, and plastic and thermocol decorations.

The state of affairs in Karnataka

On January 20, 2015, the Karnataka Government announced a move to impose a state-wide ban on single-use plastic. Soon after citizens groups petitioned the Chief Minister to set a date for the ban in support of the move. It was only on October 28, 2015, that the Karnataka Government issued a draft plastic ban for public comments. In December 2015, led by citizens in partnership with the Bruhat Bengaluru Mahanagara Palike (BBMP), Yelankha became the first zone to introduce a self-ban on single-use plastics, followed by HSR Layout.

The BBMP, by a circular dated May 4, 2016, also fixed the penalty rates for the first and second offence:

The affidavit submitted by the BBMP, and the subsequent order (WP 24739/2012) dated June 23, 2016, by the High Court of Karnataka, notes that the BBMP collected about Rs 52 lakhs by way of fine imposed for violation of the plastic ban and a sum of Rs 62 lakhs has been collected as penalties from waste generators. The Annual Report for 2015-2016 on the Implementation of Plastic Waste Management Rules (as per Rule ‘17(4)’ of PWM Rules, 2016), by the Central Pollution Control Board, states that “the total plastic waste generated in Karnataka during 2015-16 is approximately 1,29,600 tons/annum.

In total, 205 Urban Local Bodies (ULBs) are practising source segregation of waste. There is a complete ban on the use of plastic carry bags in the State of Karnataka. 167 ULBs have fixed prices for carry bags to be provided by shopkeepers/vendors. During 2015-16, 2,229 raids were conducted in 43 ULBs and nearly Rs. 6 lakhs in revenue has been collected. (Note: the collection figures vary)

The statistics from 12 DWCCs in Bangalore show an interesting trend in the plastic waste collection from June 2017 to March 2018. These wards also have been actively serving the ward by engaging in dry waste collection twice a week.

So the total incoming is about 3,303.25 tonnes, of which the total high-value plastic waste accounts for only 18 percent and the low-value plastic waste is a whopping 82 percent. This leads us to believe that DWCCs managed by the informal waste workers are channelising plastic waste away from the landfill, a function that serves the purpose that they were constructed for.

Sometimes it’s up to the community to drive the change they want to see. That’s exactly how HSR Layout, a neighbourhood in Bangalore, got its act together. Here’s a first-hand account:

“My name is Smita Kulkarni, and [I’m] a present resident of HSR Layout. My fellow solid waste management volunteer Malini Parmar and I started a social enterprise Stone Soup in May 2015. However, one of our biggest worries was the plastic bags. Malini decided to start a project called ‘Borrow a bag’, inspired by the initiative ‘Rent a Bag’ in Sanjaynagar, and I joined her. We decided to pilot in HSR Layout, given the strong citizen-led team and their commitment to implementing sustainable waste management practices. We approached Dr Shanthi Tummala, an active resident who was very positive about the idea.

“We started off with some basic grocery stores like Shobha, Aishwarya, and MK Retail. We gave them bags, with the intention that the customers will borrow the bags, instead of buying plastic bags. Unfortunately, there were no takers. So Shanthi got volunteers together and every weekend we would campaign outside the supermarket, explaining to the customers about plastic bags and the environment, alternative to plastics, get your own bag, etc. We saw success only when we were campaigning. We also go to know that a typical small vendor was spending about Rs 5,000, a medium retail store about Rs 30,000, and the large retail store about Rs two lakhs a month on bags.

“These figures were alarming and we realised that our effort was very minuscule. We were charging about Rs 20, 30 and 40 as a deposit fee and if the customer chose to return the bag within a week, he/she would receive a full refund. A charge of Rs 2 was imposed as a late fee. The shopkeepers were charged a service fee of Rs 300-700 a month. Then we heard about Dr Sandhya, Nodal Officer, Managed Health Care from the BBMP, who launched the battle against single-use plastic in Ward 7, Coffee Board Layout, Yelahanka in December 2015, and we shadowed her work…” (As told to Radio Active 90.4MHz)

HSR Layout and Yelankha have demonstrated actions that can be replicated and scaled up for city-level management of waste. The Government on the other end needs to relook at systematic data collection, among other steps. The missing link in this discourse is definitely industry engagement. It is unfortunate that even seven years after the first Plastic Waste Management Rules in 2011, the discussions of profitability versus sustainability continue to halt progress. Corporate Social Responsibility conveniently provides a cloak for Extended Producers Responsibility.

While there is a near-universal endorsement of recycling as an ideal, companies have generally been willing only to agree to voluntary rather than binding or mandatory goals. A lot more needs to be done to address the non-recyclable nature of plastic packaging. The important question then is what more evidence of the destructive trail of plastics is needed to get the industry to address this all-important question and bring real lasting change.