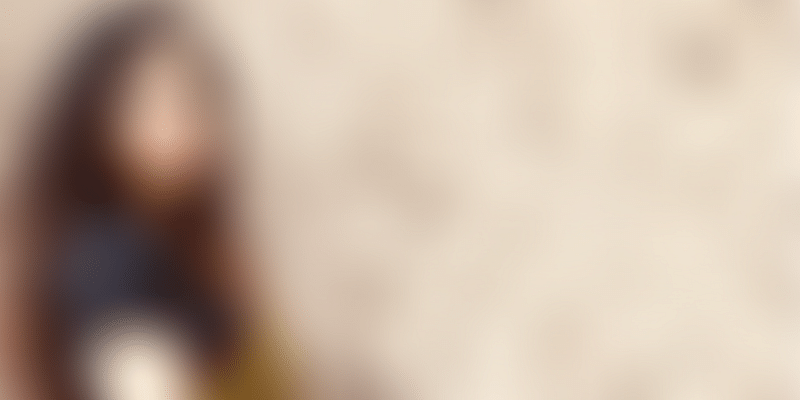 Widely appreciated for her acting in Netflix series Sacred Games as the wife of lead actor Nawazzudin Siddique, actor-activist Rajshri Deshpande wears many hats. She's a theatre artist, a dancer, an avid traveller, a model, an activist, and an actor. While social media and critics cannot stop applauding her bold character in the series, we pause to highlight the community service that she indulges in when not in the spotlight.

In 2015, when the farmer crisis in Maharashtra was at its peak, Rajshri did not think twice before lending a helping hand. She visited regions like Parbhani, Beed, Latur, and Jalna, and did her own research on the grassroots problems faced by farmers. To begin with, she worked in Pandhri village of Marathwada region, which is home to 2,000 people. In a conversation with The Better India, she said,

“Drought was the major issue there. I noticed that everyone in the village had a borewell. The water table was going down with every passing year!”

She then invested Rs 1 lakh in bringing a temporary solution by investing in water tankers. On a certain friend, Makrand Anaspure's, advice, she introduced the idea of rain-water harvesting. On winning the trust of the villagers and introducing rain-water harvesting, Rajshri says,

“It took me months to earn the trust of the villagers. All I did was to sit and listen to them. When you listen only then you understand and only when you understand you can come out with a solution. My ancestors were farmers. Even though my father was a government employee, he farmed too. I have seen all the ups and downs of farming. We were cotton growers in Bhokardan near Aurangabad. But then water scarcity and drought made it difficult to farm. So my father sold our land and shifted to Aurangabad for work. My parents worked hard to educate their three daughters. I have seen their struggle.”

Today, the village has enough water. Rajshri then took on the mantle of building toilets to avoid open defecation. With all the experience she had gathered by working closely with the beneficiaries and the system, she then founded her own NGO ‘Nabhangan’, which means The Courtyard of Sky. On her Instagram profile, the actor has been actively promoting the work the organisation does. In one of the posts, she says,

“As we always believe in making our villages self-sustainable. Where we want women to be able to support themselves and their families in all circumstances. Mostly she should believe in the wonder she can do.”

Over the last few years, she also has been a part of organisations like Dharavi Dairy, Boodhnoor Vaidyashala, and SOS papa. ‘Beach O Beach’, which involves local residents to clean up beaches, also noted Rajshri's presence. Currently, she is working with a girl-child rescue home and trying to find them employment opportunities. She has several times taken centre stage as a Kathakali dancer to strongly oppose the discrimination women face through her dance, says her official website.

Born in a middle-class agriculture-driven family, Rajashri is the youngest of her three siblings. Hailing from Aurangabad district in Maharashtra, she was fascinated by the theatre scene in Pune and moved to the city on the pretext of pursuing a degree at Symbiosis Institute. Since then, she has been a part of projects like the trending Sacred Games, Angry Indian Goddess, S Durga, Mumbai Central, Justice, Eli ELi Lama Sabachthani, to name a few.