This Indian and Pakistani duo’s Pursuit smoothens the immigration process

Apart from helping immigrants obtain visas, Pursuit also assists them with looking for jobs, bridging the gap between their talents and employer needs.

India-based Gautam Rao, 29, and Zaki Mahomed, 32, from Pakistan met through a mutual friend in San Francisco.

Nanyang Technological University (NTU) graduate Gautam worked at Barclays Bank before moving to Chile for incubation under the Startup Chile programme for his food tech startup, ZestBuds. It shut down in a year, and Gautam went on to do a master’s course at Stanford University. He started up in San Francisco, with fintech company Finvoice.

Zaki grew up in Karachi and completed an undergraduate degree at the National University of Singapore (NUS), where he started indie game company Game Ventures. (It was acquired in 2013 by San Francisco-based Junglee Games.) Soon after, he joined Toronto-headquartered Influitive in Canada, and later relocated to San Francisco.

Having worked in several countries, both Zaki and Gautam were acutely aware of the problems aspiring immigrants faced. They kept in touch, and as fate would have it, both were eager to start something new.

“We’re immigrants ourselves; we’ve hired several immigrants in our companies and we really wanted to make the experience much smoother,” Gautam recollects the beginning.

People in overseas offices would approach them for advice on how to move to places like Canada and the US. “They were very confused due to the legalese and scattered information. Some of them were leaning towards engaging an expensive lawyer or service providers to assist with the move. We realised we could use our individual journeys to solve problems faced by millions of families across the world,” Gautam says. He parted ways with Finvoice amicably to co-found Pursuit with Zaki.

Pursuit was launched in March 2018 to cater to the needs of employers by helping them source and vet talent from among overseas candidates. While the startup is headquartered in San Francisco, it started operations in Canada.

The founders saw that while employers were interested in hiring new talent, there was reluctance and resistance towards workers who had not “committed” to Canada. Employers would move very slowly and decisions would often get stuck. So Pursuit pivoted to concentrate on aspiring migrants.

Gautam says this was a tough decision, as they had booked almost $20,000 in revenue for the first month, which is enticing for a young company. “But we stuck with the decision because we were convinced that concentrating on immigrants themselves was solving a much larger problem, and would help us in the long term as we looked to scale,” he explains.

This B2C approach would automatically make candidates far more employable. If prospective skilled workers are already in Canada and have secured their Permanent Resident (PR) status, there’s a demonstrable degree of commitment to the country. Employers need not spend a lot to file paperwork on candidates’ behalf either.

Apart from helping people obtain visas, Pursuit assists them with the job search too, bridging the gap between their talents and employer needs.

Zaki and Gautam had first-hand experience with the pains immigrants go through. However, before starting the company, they spoke with almost a hundred immigrants for further validation of their idea.

“Our approach as entrepreneurs is not to spend inordinate amounts of time writing fancy code. To launch Pursuit we used existing solutions such as product builders, landing page solutions, and more. We do, however, spend a lot of time in conducting user testing in order to get people to sign up and pay for things,” Gautam says.

Pursuit claims to have no direct competitors. According to Gautam, each part of the Pursuit programme has a substitute, but there’s no company that offers a similar product.

“For example, immigration consultants are the replacement for the visa application part of our programme. But we’re much cheaper and we allow you to be in control of your application, contrary to a traditional lawyer. You’re avoiding scammers and con artists along the way, and our research shows that immigrants have far more success when they’re in the driving seat,” he says.

Global migration is estimated to be worth $200 billion. Canada has a target of accepting 360,000 immigrants under the Express Entry program in 2018 alone. This figure is expected to continue its upward trajectory.

Canada is the largest acceptor of skilled immigrants in the world through its merit-based Express Entry programme. Toronto is emerging as a global hub for technology companies; it recently beat both the Bay Area and New York in terms of tech jobs created. So Gautam and Zaki decided to concentrate their initial efforts on Canada and help make immigration seamless and efficient.

“I have firsthand experience of living and working in Toronto and I’m intimately aware of the massive potential that exists, both in terms of jobs and quality of life. While the rest of the world slowly closes itself to migrants, Canada is adopting the opposite approach and hence is a natural fit for us,” Gautam says.

Pursuit has two plans: the regular plan costs $200 and the premium, $400. Both give you access to Pursuit’s proprietary tools, which help build your own Express Entry application, apply for a visa, and support to find a job when in Canada. Both plans also include an option to speak with a lawyer; the regular plan offers it via chat and email while the Premium plan allows users to speak with one over the phone.

Pursuit is age, location, and income-agnostic. It aims to get 1,000 customers this year.

Pursuit started as a bootstrapped venture. Their first external investment was a pre-seed round from AngelList, Sequoia Capital, and Matt Brezina, a serial entrepreneur and early investor in companies like Dropbox, Weebly, and Mailbox.

Headquartered in San Francisco, Pursuit has a team of eight distributed across the world. Gautam claims that Pursuit is just a few weeks away from breaking even.

When asked about profitability, Gautam says, “Profitability is not our core focus at the moment. Immigration and immigrant success are a multifaceted problem; our strategy at this time is around user acquisition, brand building, and achieving product-market fit.”

Besides enabling immigration to Canada and soft skills during the job hunt, Pursuit aims to cover areas like obtaining bank accounts, insurance, car lease, assistance on finding a house to rent, and others in the long term.

Pursuit’s long-term goal is to work with governments.

“We feel overarching immigration programmes will eventually give way to micro-targeted, niche areas where specific gaps in the labour force are identified and addressed,” Gautam says. 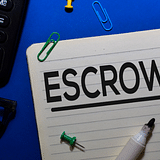 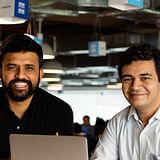 How Practo is ramping up telemedicine services to deal with coronavirus