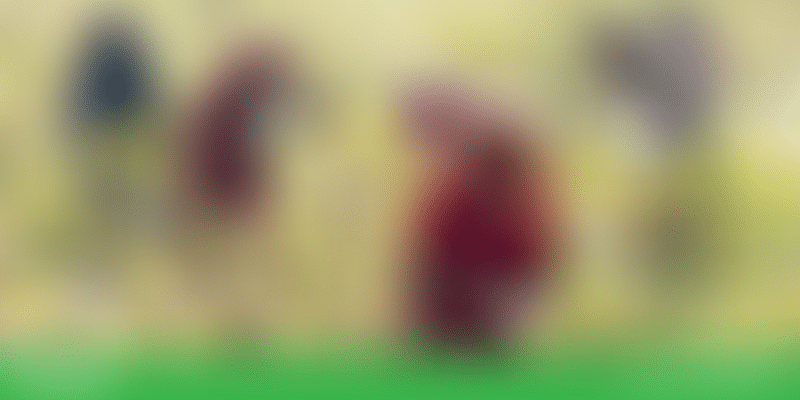 India is the largest producer, and accounts for 56 percent of the world’s organic cotton. However the irony is, only one percent of India’s cotton is organic.

With agriculture and farming going the sustainable way, farmers are now trying to adopt indigenous methods to make organic farming feasible and profitable. The same goes for organic cotton as well.

“Cotton is not only one of the most widely grown crops in the world, but, it is also one of the most input intensive; consuming huge amount of pesticides, herbicides and water,” explains Anita Chester, Head of Sustainable Raw Materials, C&A Foundation.

The chemicals used in the form of pesticides, herbicides, fertilisers, etc. have tremendous negative impact on the quality of air, water, soil, health of people in those and the neighbouring areas.

“Madhya Pradesh, the largest producer of organic cotton has largely smallholder farmers who tend to have little income sources outside of agriculture and cannot afford high-cost chemical usage on their fields,” she adds.

With an aim to promote sustainable cotton production and organic cultivation, Anita started a sustainable cotton programme in collaboration with four partners – Action for Social Advancement, Aga Khan Foundation, CottonConnect and WWF-India. It has invested over EUR 5 million to support over 25,000 smallholder cotton farmers in the state.

Balu Nathu, a cotton farmer from Sitapuri in the Dhar district of Madhya Pradesh, was struggling to pay his loans, which kept growing to the point that he was among the list of defaulters of a lending bank. Due to excessive use of pesticides, over time, his harvest began to dwindle, leading to severe crop loss and a diminished income.

Pahad Singh, another farmer from Mogrikheda village in Barwani district in Madhya Pradesh, suffered losses due to low crop yield and excessive use of chemicals and pesticides had almost rendered his land infertile.

Balu and Pahad were among the thousands of farmers in Madhya Pradesh who switched to chemical and pesticide farming, in the hope of higher yield and pay, post the green revolution in the 80s. Most farmers adopted new technologies, methods of farming and started to grow hybrid and BT cotton in their farms. However, instead of making money, however, farmers were buried under loans. Simultaneously, the severity of pest attacks kept rising by the year, irrespective of the pesticides used. The chemical pesticides were slowly becoming ineffective on all crops and as a result, cultivators were losing interest in cotton farming.

At this point, in 2014, many villagers started to think of organic farming, connecting with organisations including Cotton Connect - an organic Cotton Farming Training Program- which supported chemical free cultivation. Balu and Pahlad participated in meetings held by these organisations and decided to join Cotton Connect, becoming a member of the program affiliate Village Organic Cotton Committee (VOCC).

Farmers attended training modules, where they learned many cultivation and farming practices; they visited other farms where organic farming was practised to gain some practical knowledge. However the switch was difficult in the beginning.

Pahlad was disappointed by the quality and the quantity of the crop yield in the first two years. “My land was like a drug addict. At first it wanted its chemical fix, but slowly, as I began to get accustomed to it. I had a hunch that the third year would be the turning point,” Pahlad recalls.

By 2017, the quality of his land began to change for the better. The adoption of organic cotton farming fetched him Rs 14,475 per acre.

Organic cotton can bring sustainable and regenerative practices into cotton farming. This means moving it away from the current predominantly monocultural and intensive input approach, which strips the soil of its fertility, and is financially burdensome for the farmers.

“While organic cotton cultivation in India holds several promises, it also faces certain unique, deep-rooted challenges, which prevents it from being widely adopted. These range from the lack of availability of seeds to access to markets,” Anita says.

Organic cotton cultivation requires non-Bt seed. However since 2002 the cotton seed market in India has been dominated by Bt cotton seeds, making access to good quality non-Bt seeds difficult. Further access to organic fertilisers and bio-pesticides is yet another key need for organic cultivation to thrive. To ridge this gap the foundation creates an ecosystem by getting farmers to produce their own bio-fertilisers and pesticides, while providing them food quality seeds.

Further, to restore the natural balance within the farm, with healthy soil that is rich in organic matter, pests are kept under control by their predators.

“While not comparing it with input intensive chemical farming for yields, organic cotton cultivation does have substantially lower input costs, that can largely benefit farmers. Safe and environmentally friendly inputs, such as bio-fertilisers and bio-pesticides, along with practices slike crop rotation, make organic cotton farming a far more sustainable option both for farmers as well as the ecosystem,” she adds.

The foundation also collaborates with organisations like the Organic and Fairtrade Cotton Secretariat (OFCS) to foster a direct link between farmers and brands, thus offering appropriate incentives, and brings innovation to seed research by incorporating international research and funding to local solutions.

“Closely woven into the cotton story is the fate of over six million small and marginal farmers who plant this crop annually in the hope of a decent life. However, today, we have reached a point of inflection. The so-called successes of past decades heralded by the hasty adoption of Bt technology (to produce genetically modified seeds) are being eclipsed by the recurrence of pest attacks, worsened by unsustainable land and water use. Other factors like erratic rainfall, poor extension services, dubious seed quality and lack of credit at reasonable rates, have led to increase in costs of production. Poor returns and debt cycles are thus driving cotton farmers to despair, and at times, death,” Anita says.

On the demand-side, the programme brings together industry stakeholders through the Organic Cotton Accelerator (OCA), a global multi-stakeholder initiative. Its members include brands like C&A, H&M, Tchibo, Inditex, Kering Group, Eileen Fisher, and KappAhl, representing around 70 percent of the global demand for organic cotton. OCA takes action at several levels within the organic cotton supply chain -from the farmer business case, upto supply chain integrity and traceability.

On the supply-side the programme focuses on farmer capacity building programmes that include training smallholder cotton farmers on organic cultivation practices; helping them in achieving organic certification and identifying additional means of livelihood generation to enhance their income levels.

Presently the foundation supports over 38,000 farmers across five geographies - India (Madhya Pradesh, It hopes to support over 50,000 farmers by 2020.

“We are concentrating our efforts in five key areas: accelerating sustainable cotton, improving working conditions, eliminating forced and child labour, fostering a transition to circular fashion, and strengthening communities. A lot of work has begun and the organic cotton sector is on the path to a big market shift. For the pace to accelerate and the sector to thrive, we need to continue working together on constructive and actionable solutions that will shape the sector. We stay hopeful,” Anita concludes.