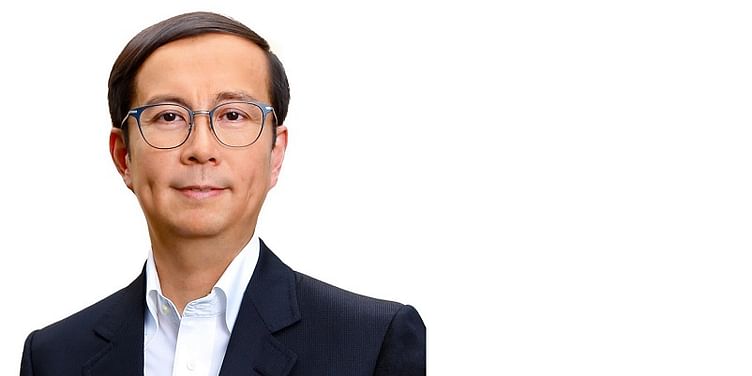 When he announced his decision to retire last week, at the early age of 54, Alibaba founder Jack Ma mentioned Daniel Zhang (张勇- Zhang Yong) in his letter to company staff, announcing him as his successor.

“Daniel has been with Alibaba Group for 11 years. Since he took over as CEO, he has demonstrated his superb talent, business acumen, and determined leadership. Under his stewardship, Alibaba has seen consistent and sustainable growth for 13 consecutive quarters. His analytical mind is unparalleled, he holds dear our mission and vision, he embraces responsibility with passion, and he has the guts to innovate and test creative business models. Deservedly, China's business news media has named him the No.1 CEO in 2018. For these reasons, he and his team have won the trust and support of customers, employees, and shareholders. Starting the process of passing the Alibaba torch to Daniel and his team is the right decision at the right time because I know from working with them that they are ready, and I have complete confidence in our next generation of leaders.”

Jack Ma must have hundreds of reasons (or probably just one) for picking Daniel, but I want to bring to you not the successes he has achieved as CEO but the mindset that he brings to the workplace. What makes him think differently? And what makes leaders different is their mindset and attitude. Daniel Zhang stood out because of the way he fielded a Q&A session at a conference. The video is available on YouTube.

If you watch the video, taken at the Signal conference by P&G in the US in 2016, what stood out the most from his talk (followed by the Q&A) was the response he gave to a woman who asked him about failures.

"I liked hearing you talk about innovation and how it often comes from the bottom up and there are a lot of failures, and those obviously teach you a lot of lessons, so it would be great to hear about one or two great lessons you’ve learned through those failures," she requested.

To which Zhang responded: "Okay, let me share with you a good example that occurred in the recent year. So, people know about the WeChat, and in China, WeChat is very popular. So about three years ago we said, ‘Okay, we should have our own WeChat, social chatting app.’ So, we invested heavily and to mobilise it, we got a lot of talented people into the team to launch it. But we were proven that top-down innovation doesn’t work.

"However, the interesting story is after that. The social chat app didn't work, and people move(d) their eye aside from it. But our staff (not the top ones we got from outside) working in this social chatting business, who were still there, they (some of them), they tried to leverage the lessons and experience that they got from the old one.

"They started a new application, today called ‘Ding talk’ this one is also a social chatting app but, it's social chatting for work. It’s a chatting app with colleagues. And the amazing thing is that people who send the message can see the status of the message, whether it is read or not. This is very good for work for managers or bosses, right? (audience laughs). You assign a task to a team, and you can see how quickly your team responds. For emails, a lot of people just read, and they don’t respond quickly, but with this app, people have no way to hide.” (more laughter)

“So, back to the point, actually, about innovation. First, no one can guarantee that every single innovation is going to be successful. Second, we cannot just leave it, like, ‘Okay, this failed and it just failed.’ We should learn some lessons from it. Our young people, the younger generation, they get to do the real job, they get the real experience of why something failed and why it succeeds. So, give them some space. And try making sense even if they fail for the first time, because of it, maybe, they won't fall the next time, and they can get a new thing.

Hopefully, many of us across the globe will see failures spur successes like Ding Talk. We just need to change the lens with which we view failure.