#MeToo India gathers momentum, but does it mean #TimesUp? 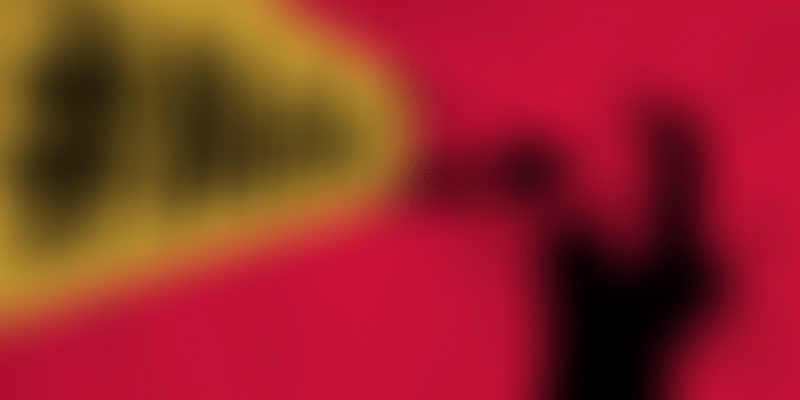 The dam has burst with women calling out men from the media, film, and entertainment industries, and we hope the floodgates remain open.

Till now, sexual harassment was all in a day’s work for working women across the globe. But with skeletons falling out of the closet, hushed whispers are turning into loud voices. India’s own #MeToo movement is gathering momentum since it broke on social media last week, with names from the media, film, and entertainment industries being called out.

When I was discussing this piece with my 19-year-old son, he insisted I watch a half-hour John Oliver show on Brett Kavanaugh bluffing this way to the Chief Justice position in the US top court. His accuser, Dr Christine Blasey Ford, knew she would be “annihilated” in the process – it did happen - but her courage to speak up must be lauded.

Actor Tanushree Dutta, who unwittingly laid the foundation for the movement sweeping across the country, came out against her accusers, veteran actor Nana Patekar and director Vivek Agnihotri, both Bollywood bigwigs, after 10 years. This time, people stood up and took notice.

Recounting the horror to journalist Barkha Dutta at the WeTheWomen event held in Bengaluru on Sunday, the actor said, “When I initially spoke up, my complaints were rejected outright. Most media reports were either salacious or discriminatory. The film industry and organisations were silent and I chose to walk away. I could not trust myself to walk into a film set again.”

Ten years later, not much has changed. The film industry is polarised, with prominent actors like Amitabh Bachchan, Salman Khan, and Aamir Khan refusing to comment and younger ones like Sonam Ahuja, Richa Chaddha, Parineeta Chopra and others coming out in her support. The perpetrators, meanwhile, have sent her legal notices.

The battle may have just begun, but Tanushree now has the backing of hundreds of women.

A few days after she called out the “perverts” in Bollywood, Twitter was abuzz with news of stand-up comedian Utsav Chakraborty propositioning minors with inappropriate images and lewd comments. This brought Utsav’s former employers, AIB, especially its co-founder Tanmay Bhatt who admitted to being informed about Utsav, into the spotlight. They came up with a half-hearted apology.

On Friday, Bengaluru-based journalist Sandhya Menon opened the biggest can of worms, yet.

Since I'm calling them out.

Let me tell you about @KRSreenivas who is currently resident editor @toi Hyderabad (I think) who offered to drop me back after a day's work.We were about to launch Bangalore mirror back in 2008 and I had just moved to this city.— Sandhya Menon (@TheRestlessQuil) October 5, 2018

After a trial print run, late at night he offered to drop a few of us. I was living the farthest so I was dropped last. I get to my house, we're chatting. He lays his hand on my thigh and goes, "my wife and I have grown apart. She doesn't understand me."

There was more but I don't remember. I asked him to take his hand off my thigh and left.

I registered a complaint with the HR after that. It was still Vijay Times employees then who were handling HR.and the HR department actually told him about my complaint.— Sandhya Menon (@TheRestlessQuil) October 5, 2018

This opened up an avalanche of accusations against senior editors, writers, and celebrities as she opened up her DM for women to post messages anonymously, or otherwise.

In two days, #MeTooIndia had become a movement. Screenshots, messages, and conversations that were until now part of the whisper network became public.

I began this piece with my MJ Akbar story. Never named him because he didn’t “do” anything. Lots of women have worse stories about this predator—maybe they’ll share. #ulti https://t.co/5jVU5WHHo7

In less than a week, the floodgates have been opened.

What changed and why

Women have always needed time to find their voice. And if the time is now, it’s better late than ever.

It’s interesting to note that many complaints date back to the early or mid-2000s when there were no proper guidelines on sexual harassment of women in the workplace. It was only in 2013, after many years of formulating the Vishaka Guidenlines, did the Supreme Court pass The Prevention of Sexual Harassment or POSH act.

Despite this, many women failed to come forward for various reasons. Many were just starting their careers and did not want to stand up to powerful people in their organisations and lose their jobs.

As one journalist (who sought anonymity) pointed out, “We were in our early 20s, naïve, and - as women do - placed the guilt on ourselves. We were afraid of the consequences and did not have the recourse to social media that we do now.”

The fear of retribution also led to silence. For calling out comes with consequences. Speaking about a senior editor at a TV channel, a former journalist said:

I was so scared to talk about this all these years because there were times when he would make sure I replied to his advances on texts. And that made me so ashamed of myself. One day I just quit the job and never went back to journalism. My fault was that I complied. #metoo

As #MeTooIndia gathers steam and more secrets spill out, action is being taken. FIRs are being filed and prominent lawyers are offering their services pro bono to victims. Large media organisations are issuing statements that complaints will be looked into.

Some of the accused have deleted their Twitter accounts; others have apologised publicly. AIB issued a statement that its co-founder Tanmay Bhat was stepping away from his association and the other co-founder Gursimran Khamba was taking a leave of absence. The Editors Guild India also released a statement condemning sexual harassment in newsrooms.

The hushed whispers are getting louder and are finally being heard. We all need to be in it together. Let’s give courage to those who want to speak up but haven’t felt able to yet.

Speak up for #TimesUp

Sandhya Menon, at the WeTheWomen event, said: “Women feel most vulnerable between the ages of 19 and 25, when they are either interning or starting their careers. But this is also the time when they must speak up because they have less to lose.”

Tanushree believes that “secrets are never healthy for a human being and one must talk about the poison in the system”.

For women to feel secure, organisations must also ensure safe workplaces, where women are given a just hearing when they complain about sexual harassment.

While many accusations may be dismissed in a “she-said, he-said” context, it’s important to maintain the momentum. A movement like #MeToo will only work if collective anger and rage is channelised into positive outcomes.

This may be a small beginning, but it will hopefully bring about a change in the way we look at different things – consent, entitlement, prejudices, patriarchy, and - most of all - the ability to speak up and be heard.