Waste management, modular farming and drones - what the young and restless are up to in Madhya Pradesh 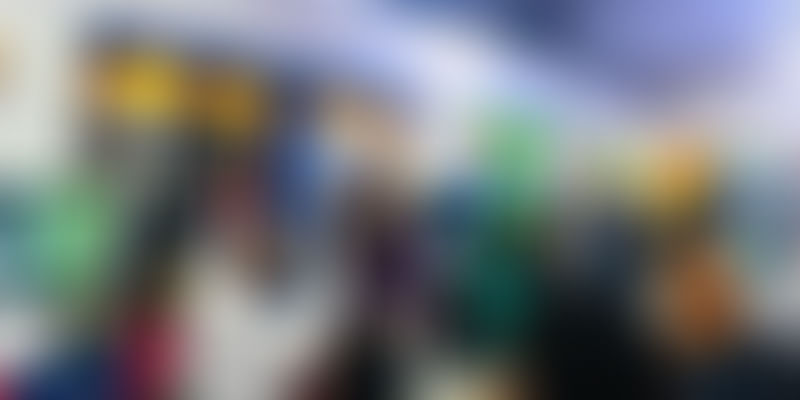 Officials from the Madhya Pradesh government engaged with various stakeholders from the startup ecosystem at the 'Future of MP: Startup Conclave' held in Bhopal on Saturday to brainstorm ideas to make the state a thriving hotbed of startup activity.

The event was hosted by B-NeST, an incubation centre in Bhopal. Here is a look at some of these startups, their ideas and challenges, and see what they are up to.

Bhopal-based The Kabadiwala was founded four years ago and was selected in the hackathon organised after the inauguration of B-NeST. The 50-member startup now has 40,000 customers and has expanded to Indore, Ahmedabad and Aurangabad.

“Ever since we shifted to B-NeST, we have been exposed to so many ideas. The whole ecosystem here has proved to be fruitful in terms of meeting government officials, networking with other startups and helping each other out,” The Kabadiwala founder Anurag Asati said.

The Kabadiwala began as a startup for waste collection where customers would place a request on the website for scrap collection, and get paid for the scrap according to weight. The waste was then sent for recycling. “However, now we are working on a model where we are trying to change the whole mindset of people. For waste management to become a fad, it’s important that people start seeing waste as money itself,” he added.

a. Raddi se library – Anurag’s team has created a library out of books sold in scrap. A person needs to pay only Rs 20 to get access to any of these books for a year.

b. Zero waste campus – The team will soon install compost machines in college and university campuses. The dry or reusable waste will be collected for recycling. Currently, the team is also working towards creating low-cost plastic recycling units in campuses.

This startup, founded by three friends, is experimenting with growing crops in the most environment-friendly way utilising the least amount of energy, water and soil. Swapnil Karamwilkar and Suyash Dwivedi, both engineers from MITS Gwalior, had been developing control panels and sensors for various companies.

They have been working in the field for almost 18 years. When they began working with Central Institute of Agriculture, they came face-to-face with the challenges faced by Indian farmers while growing crops. They spent two years researching cultivation of crops in a way so as to use minimum natural resources in order to decrease dependence on rainfall and weather patterns. They were soon joined by electronics engineer Sudhir Jain from NIT Bhopal.

“We all know that plants need photosynthesis for nurturing and growing. But we realised that they actually need only the red and blue spectrum to grow. So we provide the plants only those two spectrums through LED panels. These plants now don’t need to be in actual sunlight. The sensors that we use help us understand elements such a intensity of sunlight, and the frequency of need for water or other nutrients. This type of farming is not dependent on external climate changes and we can control when the fruit or vegetable will ripen,” explains Sudhir.

When plants grow in a controlled environment, they are free from pest attacks, which eliminates the use of pesticide making the produce pure, he adds. The team won in the hackathon organised recently by B-NeST. They are working on several models to make this kind of farming with ‘modular farming panels’ more popular.

“The biggest challenge we are facing is the cost of sensors. At B-NeST, we are trying to develop low-cost sensors in order to bring down the cost of cultivation. It’s only then can we launch our modular farming products in the market,” adds Swapnil.

The startup claims it has expertise of using controlled farming techniques in the cultivation of leafy vegetables and tomatoes. “Today, people have access to only 20 kinds of tomatoes because farmers are bound to cultivate only those that can remain fresh for a longer time. Since now we can control the ripening time of tomatoes, we can make 500 species of tomatoes accessible for consumption,” says Swapnil.

Founded by a third-year mechanical engineering student of UIT Bhopal, Vizzbee is a startup working in the field of drone technology. Founder Vibhu Tripathi was fascinated by new technology since childhood. While pursuing engineering, he came across drone technology and created Vizzbee, a drone that can be operated by a mobile application, unlike other drones that need a joystick and a trained operator.

“We use machine-learning technology where the drone senses hurdles and shows them on the mobile app. You can switch to manual mode if you want to handle the control but the drone functions perfectly on auto mode also. This is because this drone can take its own decision about avoiding hurdles in the way,” Vibhu explains.

Vibhu had won a hackathon in Raipur, and was selected to be part of B-NeST through a bootcamp. “The drones I have been developing have perfect landing and are able to avoid collisions on their own. Besides, they are very easy to operate and do not require a lot of practice,” he says.

Through Vizzbee, Vibhu aims to make drone services accessible for security, in the case of emergencies as well as last-mile deliveries. Currently, Vibhu is working with the UP government on a surveillance system using his drones.

ALSO READ: ‘Think big and have a long-term approach’, and other lessons from seasoned entrepreneurs, startups founders at Startup Conclave in Madhya Pradesh