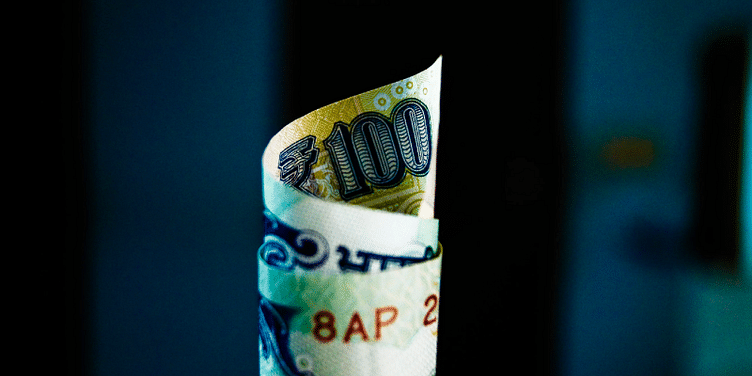 Startup funding for the year is displaying what has until now been a topic of much speculation: the clear signs of a maturing of the Indian startup ecosystem. Funding data from YS Research shows investors today are more bullish than ever on the Indian entrepreneurial ecosystem and are betting big.

This time though, the bets are being placed on startups that have survived the initial test and have a demonstrated ability to grow.

Investment data also shows an increase in the risk appetite of investors, with a significant jump in the pace and number of deals this year. Investors are also moving away from the more common sector plays such as ecommerce to invest in emerging tech-focused ones like automation and artificial intelligence, which were not in focus last year.

According to one investor, there is a marked shift in the kind of ideas emerging from startups this year, which in turn is driving up investor interest. “There are a lot more original ideas this year and less of me-too ideas. Entrepreneurs are coming up with first-principle ideas aimed at solving existing problems in India,” the early-stage investor said.

As of last Sunday, the Indian startup ecosystem had raised close to $11 billion in funding this year. That’s 80 percent of the $13.7 billion raised in 2017. Of this, the big bucks went to the unicorns – well-established names that have a proven ability to scale and grow.

Of the 712 equity funding deals, 32 had an investment size of $100 million or more, of which 66 percent or 21 rounds were raised by companies that are already unicorns.

There were no supergiant funding rounds this year, as OYO’s $1 billion is the biggest compared to the multi-billion-dollar rounds raised by Flipkart last year. Instead, the money has mainly gone to well-established companies such as Paytm Mall ($350 million), Zomato ($410 million), Swiggy ($310 million) and Udaan ($275 million) – all unicorns. The last one, a B2B startup in the rather unglamorous business of wholesale ecommerce, is also the fastest to have achieved unicorn status, just 26 months after it was started.

An interesting point is that the average age of the top funded companies is 9.6 years. The youngest include Udaan and Cure.fit (2+ years) while the oldest include names like PineLabs (20 years). Others like BookMyShow, Dream11 and Zomato are also 10+ years old.

“Today we want to see startups that can demonstrate a clear path to growth with strong execution DNA amidst tough competition,” another investor said.

So, does that mean investors are being cautious? Well, not quite. Plenty of risk capital has gone into the Pre-Series A space - $170 million was raised across 287 deals and $465 million raised in Series A across 81 deals. The amount raised in Series A increased by 1.3x even though the number of deals declined by 10 percent, indicating strong investor confidence and risk appetite.

Series B saw a slight dip by volume and value but at the Series C stage, the amount raised more than tripled while the number of deals nearly doubled. The story was similar with Series D – twice the number of deals and 4x the amount raised in 2017. It’s similar further down the alphabet series. Remember that we still have another month and a half to go, so these numbers could get even better.

Plenty to go around

What’s more, sectors that were not on anyone’s radar last year have raised significant funding. Robotics and automation raised close to $230 million (vs $30 million in 2017) but there’s a bigger story being scripted in AI. In 2017, AI-based startups raised a total of $5.88 million (13 deals). This year, that number has skyrocketed to $294 million (23 deals). A big chunk of that was raised by Bengaluru-based ThoughtSpot’s $145 million Series D round.

Accommodation also tripled the funding it received ($1.06 billion), largely driven by the $1 billion that OYO raised earlier in the year. EdTech raised a better volume of funding at $200 million (41 deals) against $142 million (53 deals) in 2017.

If the investor interest in SaaS is anything to go by, Indian companies have finally started paying for these solutions. The sector doubled the funding raised to $387.9 million over 37 deals compared with $171 million (50 deals) last year.

That SaaS companies can scale and succeed without large funding rounds was demonstrated by Mettl’s acquisition by Mercer. The acquisition closed at approximately Rs 300 crore, which is 7x the $4.2 million-$4.8 million (about Rs 33 crore) of funds raised. For early investor Blume Ventures, the aggregated returns (seed and pro rata in the Series A round) was 7x the investment they made.

Fintech led the pack this year, raising close to $2 billion across 120+ deals. Last year, it played second fiddle to ecommerce, largely because of the $3.9 billion in funding raised by Flipkart. This year, ecommerce and marketplace together raised $1.5 billion across 60 deals.

So overall, a year of inflection for the Indian startup ecosystem, where companies that demonstrated the ability to scale were rewarded by investors and rightly so.