Ankit chose blogging over a corporate job. Here’s how it paid off 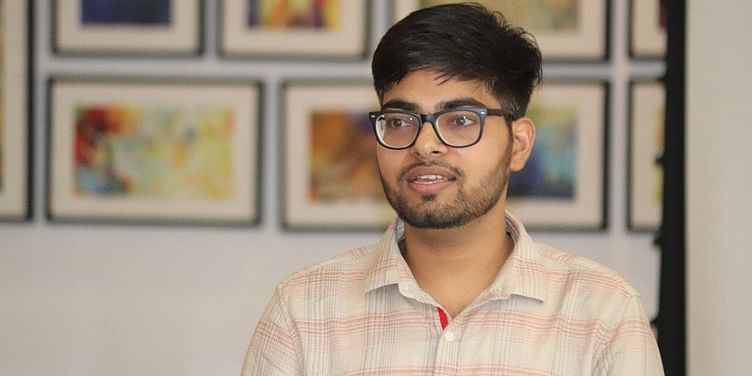 Blogging is a lucrative job. Ankit Singla is an example of how full-time blogging brings freedom and the ability to make a lot of money.

Ankit Singla was 17 when someone introduced him to the concept of MLM (Multi-Level Marketing). He was excited to look at the earning potential. It entailed just convincing two more people to join the programme. This is indeed how MLM companies lure people into signing up.

He convinced his mom and borrowed Rs 8,000 from her, promising to return the amount immediately after getting his first income. He became a member of the MLM scheme, and now the task was to find just two others. But for a student like him, it is not easy to find someone in his friends’ circle.

Assuring them of profits, he finally convinced two of his friends to invest in the MLM. Together, they invested Rs. 24,000. It never came back. So now, Ankit not only lost Rs 8,000, but he had to return the Rs 16,000 that his friends invested as well.

This was Ankit’s first lesson as to how the promise of money without hard work is a scam.

He decided to work hard and earn and return the foregone money to his friends and his mother. He worked as a part-time data-entry operator, earning Rs 50 per hour. He also started teaching at coaching centres and started providing private tuition as well. In a couple of months, he was able to return some of the money to his friends.

Then one of his students stole his smartphone in the class. He was frustrated and shocked by the incident. Once again, he had to scrounge around and save for a new phone.

That was the time when he was introduced with the concept of making money from blogging. He tried different type of blogs but his main obstacle was writing fluently in English. He spent 2-3 years in learning content writing, search engine optimisation (SEO) and how to use Wordpress.

Ankit tasted success in blogging by the time he graduated from his college. This encouraged him to grow his blogging business rather than joining a corporate job. His family also supported his decision.

Ankit is now a full-time blogger for the last three years. He shut down a couple of blogs to focus on his mains blog, Master Blogging, on which he teaches the art of blogging to newbies.

And here is what he advises anyone wishing to start blogging:

Ankit did not share his actual income but says he is earning more than a project manager at an IT company. In other words, his batchmates are not even earning half of what Ankit if making from blogging.

Making an earning from doing an honest job of blogging is a fantastic business and source of revenue. I also started my first blog in 2015 that became so popular in the personal finance niche that it won the award for the best blog in 2017 from IndiBloggers. But blogging is not about winning awards; rather, it is about experiencing the freedom of working from anywhere and earning a passive income.

Blogging gave me an opportunity to meet amazing people like Ankit, Sumit Bansal, Deepak, Harry, Akshay and many others. They have truly inspiring stories to share, where they chose the path of independence rather than working at a job.

They are not building a million-dollar business but earning sufficiently to enjoy a king-sized life. We don’t have to report to our manager, we define our work hours, and we can work from the mountains, jungles or deserts as long as we have internet connectivity. We work once to grow our blog and then the blog makes money even without working actively.