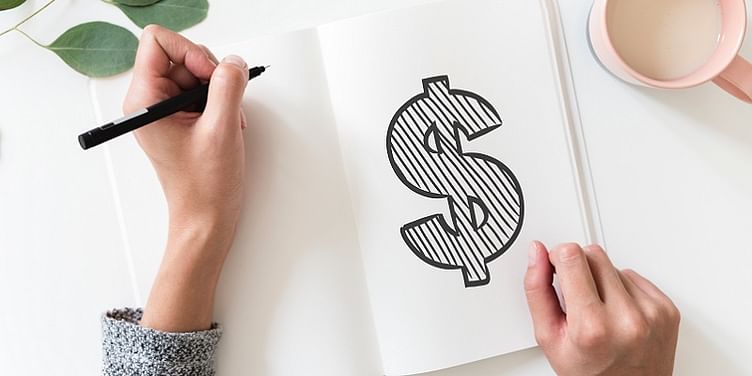 With 132 deals signed in the first 11 months of the year, investor interest in the fintech sector is nowhere close to waning. We take a look at India’s most active fintech investors of 2018.

There has never been a better time to start a fintech business in India. As our fintech funding analysis shows, the sector mopped up the most amount of funding this year. And with regulators helping out as well, there’s a tailwind that will only propel it further.

Total funding raised across fintech and financial services came in at a shade over $2 billion as of November 30, 2018, down by 13 percent over $2.4 billion in 2017. The number of deals, however, increased to 132 versus 103 last year, reflecting increased interest and activity in the sector.

[Also read: Funding in 2018 signals birth of a mature startup ecosystem in India]

Investments in Lending and Insurance startups was a recurrent theme in 2018. No wonder, then, that India’s lending startups raised $953.03 million, almost half of the total funding raised by the Indian fintech ecosystem as of November 2018. With deal activity only rising in the segment, here is a look at the top 10 investors (in terms of number of deals) in Indian fintech this year. For a quick summary, check out our infographic at the end of the article.

Sequoia Capital has emerged yet again as one of the top equity investors for two years in a row. Just like last year, it invested in six Indian fintech startups. The biggest round it participated in was the $100 million investment in Chennai-based financing company Five Star Business Finance.

Early-stage fintech investor Accion Venture Lab has been bullish on early-stage investments in Indian fintech firms. Set up in 2017, Accion has reportedly invested in six fintech startups this year, five of which disburse loans. Most of their portfolio companies provide loans to SMEs (BASIX Sub-K, CredRight, SmartCoin and SME Corner). Accion also participated in the $1.5-million seed round of Toffee Insurance, the online insurance platform for millennials.

Impact investor Omidyar too showed interest in fintech by working with financial inclusion platform Kaleidofin, started by a former CEO and CFO of IFMR Holdings. It more than made up for its lack of activity in the space in 2017, when it had announced that it was not making any investments in fintech. Besides Kaleidofin, it also took a bet on Affordplan and ZestMoney, which had already raised rounds from prominent investors in the past.

It slipped a notch from the number of deals made in 2017, where it invested in 5 fintech companies. This year, it closed 5 rounds in 4 companies. It had held the numero uno position in 2016, when it participated in 6 deals in fintech. Last month, Kalaari joined hands with Stellaris Venture Partners to lead the $3.6-million Series A funding round in customer authentication and onboarding solution provider Signzy, which predominantly works with banks and financial institutions to provide a seamless onboarding process.

It also invested in portfolio company Rubique, as well as co-investing in commerce solution Perpule, along with Prime Venture Partners.

American seed accelerator YCombinator also took a particular interest in the Indian fintech sector, by investing in Groww, founded by a former Flipkart employee, a direct mutual funds investment platform, as well as payments company Razorpay. And just like so many others, YCombinator too showed interest in consumer lending through its investment in personal loans startup, Credy.

The biggest of Accel's investments, at least in terms of deal value, included participation in the $22-million Series C funding of online insurance broker, Coverfox. In two of its deals, Accel found a funding partner in Sequoia Capital, where it co-invested in Drip Capital and Rupeek. Drip Capital was already a part of Accel’s portfolio.

Palo Alto-based Norwest Venture Partners had a clear mandate to pick up big stakes in India’s NBFCs this year. In 2017, it participated in only one deal in fintech. The fund, which is managed by Morgan Stanley and Sequoia Capital, participated in a $100-million round to fund Chennai-based small business lender Five Star Business Finance. It also participated in a stake sale at Ess Kay Fincorp and made equity investments in Veritas Finance.