One for the books - the most compelling reads of 2018 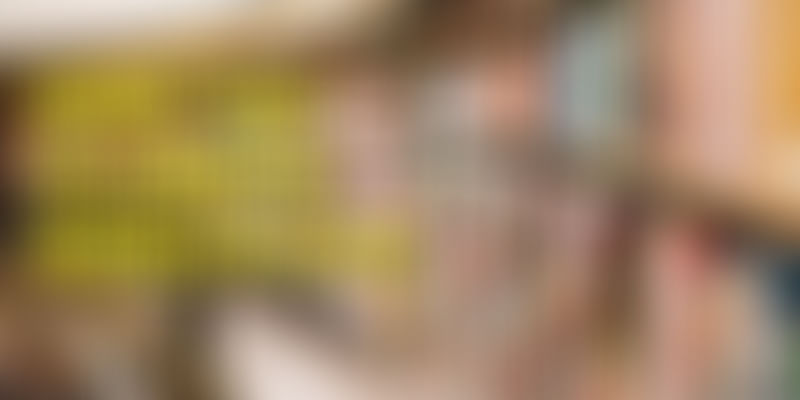 Who doesn’t like a book with a strong female character? Here is a list of books that celebrated women in 2018.

A good reader goes through many phases in her life, depending on the books she reads. While some are read and forgotten, there are others that are re-read and the messages imbibed; the influences far-reaching and consequential.

So what makes a book influential and awe-inspiring? Is it the medium? Or the message? The play of words or a masterful interweaving of tales?

Read on to find out what strong women characters and books moved us in 2018.

The Female Persuasion by Meg Wolitzer

What does it mean to yearn for admiration - from the people we love? What does it mean to be ambitious in a world of ego and power? What does it mean to enter a bigger world where you are at the centre? The Female Persuasion by Meg Wolitzer is the story of Greer Kadetsky, a college freshman who meets 63-year-old Faith Frank who she hopes will change her life. Faith meets Greer and senses that she has it in her to make a difference. It’s the story of a mentor who guides and helps a person evolve, bringing the mentee’s talents and ambition to the fore.

One of the most iconic US first ladies of our time, Michelle Obama is a role model for women all over the world - as a powerful advocate for the rights of women and girls in America and the world. Becoming is the story of her life, right from her roots in Chicago, her childhood years, and her journey to the White House. The memoir, written in a simple, yet lucid style chronicles her life as a daughter, wife, mother, lawyer, and more importantly, her rise as a woman of substance. She tells us how she balanced them all, lacing the book with wit and a lot of anecdotes, which makes Becoming one of the most compelling non-fiction reads of the year.

The Woman in The Window by AJ Finn

The title of the book itself speaks volumes about the nature of the story, undoubtedly a thriller. Anna Fox is cooped up in her home for the last 10 months, content with her memories but terrified to step outside. What Anna loves is to sit in front of a window and watch the world outside, particularly the Russells, a family of three, who have moved into the neighbourhood recently. Things take a turn when Anna hears a piercing scream one evening and witnesses something. What happens after? How does Anna unravel the truth? What circumstances force Anna to make decisions… These and more form the premise of this unputdownable thriller.

The Perfect Nanny by Leila Slimani

It’s every working woman’s conundrum and nightmare. Firstly, there’s the guilt of leaving your children home. On the other hand, finding a reliable, responsible nanny really comes down to luck. Set in Paris, when Myriam, a French-Moroccan decides to return to work after a break, she looks for a nanny to look after her young children. Louise is just perfect - quiet, polite and wonderful with the children. Soon the family starts depending heavily on the nanny for all their needs and what happens thereafter is a nightmare. The story and its character go through a gamut of emotions - rage, jealousy, power, and parenting paradoxes that define this award-winning novel.

This book by Kiral Manral shows how lives can be torn asunder by mental illness and how the monsters in your head can be very real. Missing Presumed Dead is the story of Aisha, a homemaker and mother of two, battling mental illness. The family leads an almost-confined life on the outskirts of a small hill town. Her husband, Prithvi, is unable to provide the emotional support she needs and is caught in a personal quagmire of his own. Enter Heer, Aisha’s half-sister and the family’s world is turned upside down. The story moves through different situations like the disparate pieces of a puzzle. But is there an end in sight? Or is it all a crazy game being played. Read Missing Presumed Dead for answers that will shock you like no other.

Anita Nair’s new book, Eating Wasps, is a stinging reminder that as women, we all have to traverse different paths and make some tough choices. The author interweaves stories of the daily lives of women who are connected with - wait, hold your breath - the remains of the finger of a woman who took her own life. The characters flit in and out – between the past and the present as they grapple with their own lives and insecurities. The main character in the story, the one who committed suicide, is Sreelakshmi, a child with a fondness for honey, who mistakes a wasp for a bee and eats it. Therein lies the story – of trying hard to find happiness in the struggle.

The Shooting Star – A Girl, Her Backpack and the World by Shivya Nath

At just the age of 23, Shivya Nath quit her corporate job to travel the world. The Shooting Star – A Girl, Her Backpack and the World is a story that begins from the foothills of Dehradun, a corporate life in Singapore, an uncertain freelancer’s life in Delhi and then travelling all over the world with a backpack. The journey is about her experiences – from hiking alone in the Ecuadorian Andes, rolling tortillas with her Mayan hostess, being mugged in Costa Rica and many more. It celebrates the human spirit in all its forms, idiosyncrasies and wonders.