The paradox of online-offline and the myths of ecommerce 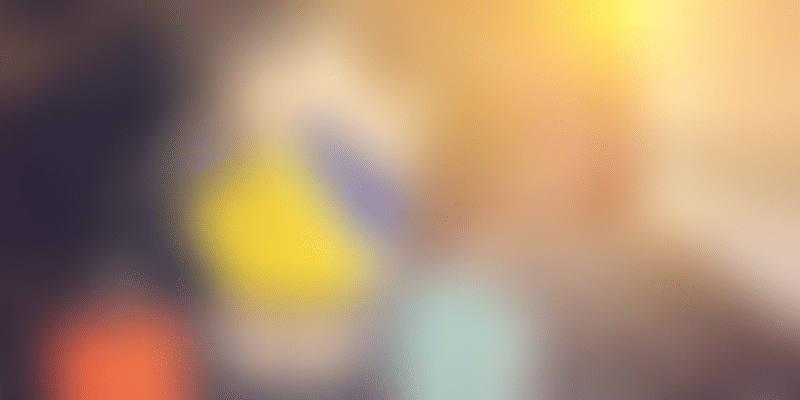 Amazon accounts for nearly half of all ecommerce in the US. The balance 50 percent is accounted by a long tail of large offline players like Apple, Walmart, Macy’s, Home Depot, Best Buy, Costco, and the like. This piece of data often comes as a surprise to many people. Fifty percent of all ecommerce controlled by predominantly offline companies!

Let us start with addressing the three most common myths about ecommerce:

When Uber and Ola started, both the customers and drivers had a whale of a time! India was new to online commerce of any kind. Most people didn’t understand how these companies could offer such low fares and still make money. Very few understood that they did not want to make money in the short-term. Their game-plan was for the long-term. It was about changing customer behavior, getting them hooked to a great experience and gradually increasing the fares.

At this point of time, the good days are behind us. Consumer behavior has undergone the change that these companies were hoping for. The taxi aggregation companies have now upped the fares sharply, introduced charges for waiting time in traffic, and created surge pricing for peak times.

The pricing is not transparent. Some customers have dropped off and have gone back to traditional means of public commute, but a good number of customers have been hooked and continue to use their services despite the opacity in pricing.

So, cashbacks and discounts were a channel-switching strategy. This strategy was backed by extremely deep-pocketed investors who were not willing to wait it out. They wanted to accelerate this switch. They deeply believed that this switch was bound to happen anyway, and any money spent in accelerating this journey would eventually payback many times over.

Now let us move from taxi aggregation to retail ecommerce. Taxi aggregation entered a green-field territory. There was no taxi service that existed prior to Uber or Ola in most Indian cities, including large metros like Bengaluru, Chennai, Hyderabad, or Delhi. Kolkata and Mumbai had ‘hail a taxi’ service but the density of cabs on the road was so low and it was very difficult to get a cab. So, taxi aggregators were not providing an alternative to an existing service. If they were, then consumers could go back to the alternative service if and when Ola chose to raise prices. But there was no alternative to go back to.

In retail, the reality was different. There is a very strong network of ‘modern retail’ and ‘kirana’ stores which are doing a good job of fulfilling the customer need. So, online retail will have to fight much harder. Attracting customers through discounts did not mean that customers would stick to online even after discounts were withdrawn unlike in the case of Uber or Ola.

They could easily go back to their earlier channels. The online value proposition was not strong enough without discounts. The trade-off was obvious. The convenience of online versus ‘touch and feel’ of offline. The balance was fine. It was the discounts that was tilting the scales.

The existing channels were no pushovers either. They would not capitulate without a fight. They would do everything within their power to thwart the online channel.

We believe there is an exception to this trade-off between convenience and ‘touch and feel’. Grocery is a category where touch and feel is not critical.

So, migration to online is bound to happen sooner or later. Within grocery, we have noticed that fruits and vegetables have an element of touch and feel and hence has been the hardest category. BigBasket has cracked this too through better sourcing, innovation in cold chains, and faster transit from farm to customer home.

Myth 2: Ecommerce can get you super profits

The biggest problem with ecommerce has been that customers do not get a chance to touch and feel a product before purchase. A fraudulent customer could also claim that a wrong product was delivered, and the supplier did not have a conclusive mechanism to settle this dispute.

In a physical store when the customer walked out of the store, it was implicit that she had seen and found the product satisfactory. The small print also said that ‘goods once sold cannot be returned’. Ecommerce businesses, therefore, saw very high returns.

To promote and create trust in this new channel, online companies had to have a very liberal returns policy, and every return added to costs in a big way.

Myth 3: It is easy to scale an online business

Investors poured money into ecommerce with the belief that new and yet unestablished brands could extend their reach exponentially with an online presence. In addition, they assumed that all costs related to inventory and store rentals, often at premium spots in the city, would vanish.

All you needed, they thought, were a few strategically located warehouses in the country with customer orders being dispatched through a hub and spoke model or national shipping. Offline stores also had a discoverability problem, which they believed online presence would address.

Many of the assumptions proved to be wrong. As always, reality dawned after the hype. When an offline entity chose to list on a marketplace, the challenges related to scaling or geographical reach of offline did not automatically go away.

In some cases nothing changed, in some cases, there was an improvement, and in some other cases, things deteriorated.

Theoretically, technology does help in increasing reach, but as long as the reach does not translate to visibility, discoverability, and real transactions, it is of no use. For instance, the discoverability problem still remains when an offline entity makes a foray into online via a marketplace. There were hundreds of sellers with similar or identical products and it was not easy for customers to discover you existed or what your reputation was. The problem of being lost in the crowd remained unresolved.

To enhance discoverability, those that came online had to start online advertising and pay the marketplace or Google for their name would bubble up to the top in a search. Search Engine Optimisation (SEO) and Search Engine Monetisation (SEM) became the new sought-after skills.

Even after all this, the discoverability may not improve significantly, and even if it does, customers may not trust you enough to transact online! A lot of the advertising metrics were fake.

In October this year, several advertisers filed a suit against Facebook of significant overstatements of the time users spent watching videos on their platform. It appeared only Google and Facebook were making money out of SEM with a questionable outcome for the advertisers trying to enhance visibility and discoverability!

The real question is where does ecommerce go from here?

Ecommerce comes in many forms and shapes.

The inevitable conclusion is that online, or ecommerce, is just another channel!

Retail has grappled with channels and channel conflicts for as long as retail existed. When ‘modern retail’, which is really the large format stores, began emerging in India there were fears that the ‘kirana’ or the ‘mom & pop’ stores would die. That did not happen. Both thrived and both grew. The share of ‘modern retail’ after more than two decades is an abysmal 10 percent!

Technology has given shape to a new channel! The struggle between channels will continue with one new channel in the mix. The power swings will happen from time to time.

But just as ‘modern retail’ did not live up to predictions of total domination, online too will not live up to such a prophecy! Companies, both online and offline, have begun to take a holistic view on channels from a customer perspective.

The emergence of store brands

The tussle between the power of brands and the power of distribution has been an old one. Over the decades, as retail got corporatised and large retail chains began emerging, store brands began making a presence.

With mounting real estate costs, retail chains had to think of innovative ways of improving margins. So far, they were stocking big brands on their shelves. Consumer companies that controlled these brands created a pull for their brands through a combination of product quality, advertising, price, and distribution (the classical 4 Ps).

At some point, the retail chains began wondering if they should create their own brands. The brands were unlikely to be as powerful as the regular brands and were not expected to create a strong customer pull, but this could be more than compensated by giving them much more visibility in the stores.

Store brands started by establishing their presence in categories where differentiation was difficult like staples and other food products. Gradually, the retail chains figured out that they could create store brands in most categories, though some would be more difficult than the others. As someone once observed, ‘after mastering the art of selling everyone else’s stuff, retail chains and marketplaces began persuading shoppers to buy their own stuff!’

If physical retail chains could create store brands by leveraging their access to customers and through reach, then why wouldn’t marketplaces at some point of time think of creating their own online store brands! This has begun happening. Amazon has close to 80 private labels and in apparel has raced ahead of Macy's, a category in which Macy's has been the undisputed leader!

As a competitive strategy, Macy’s has been trying to offer more brands that consumers can’t get anywhere else. Macy's has tried to adapt quickly by evolving into an omni-channel retailer.

While some argue that store brands (private labels of retail chains – offline or online) will eventually kill the regular brands, there are others who argue equally strongly that brands will never be destroyed.

When a new channel shows patience and allows consumers to switch voluntarily at their own natural pace without any inducements, then the switch can happen without much acrimony and a new order can take shape seamlessly. However, this is often a long drawn out process and consumers could take their own time depending upon how strong the value proposition of the new channel is vis-à-vis the older channels.

If a channel is perceived to be using access to deep pockets to force a switch quickly, and, in the process, disrupts an existing ecosystem then the change won’t happen without a fight!

You can see this happening in India, and the rest of the world as well.

Capitalism and society had evolved fairly quickly to achieve this fine balance by instituting mechanisms that created a level playing field. Every country has legislation on regulating monopolistic tendencies.

So, the regulators in India have a tough job. Protecting existing players from getting out of business overnight and creating bloodshed and disruption, versus promoting innovation. Some light regulation is necessary, but over-regulating a nascent sector can kill innovation. We hope that the regulators balance the interests of all stakeholders and ensure that innovation and enterprise are protected.

Retail has been evolving, but technology (Amazon in particular), has accelerated the pace of innovation. The evolution has branched off in multiple directions. A marketplace like Amazon has acquired a large offline chain to make a foray into grocery. Marketplaces are creating their own strong brands and private labels. Predominantly offline businesses are making a foray into online and vice-versa. Some have chosen pure-play online and some others have chosen pure-play offline.

Online is just another channel in the whole scheme of things. Every retail company is trying to find their feet to incorporate this new channel into their overall channel strategy.