Triumph of the human spirit: social stories that impacted India in 2018 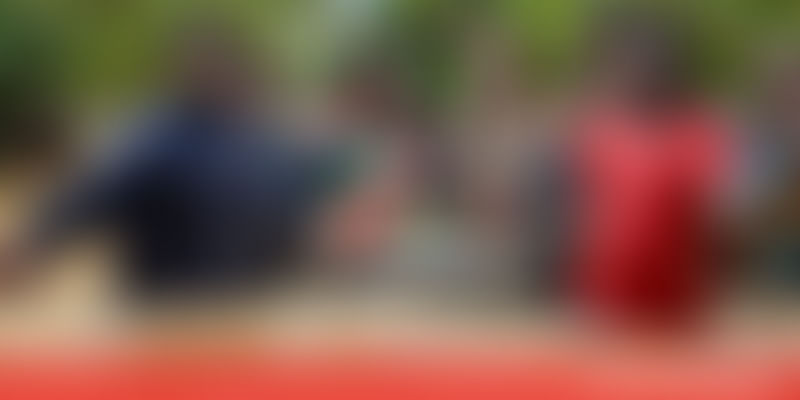 Be it the Kerala floods, the farmers’ march to Mumbai or the Supreme Court making landmark judgements, 2018 witnessed social issues being brought to the fore and showed human spirit triumph over adversities in India.

As 2018 draws to a close, it’s time to look back at the challenges and issues that either brought people together or polarised them.

This year saw the human spirit triumph in the face of adversity. When the southern state of Kerala battled severe floods in August, the entire nation came together to help. In Mumbai, Mumbaikars supported farmers who took to the streets demanding a fair price for their produce with food packets, water bottles, and biscuits.

The Supreme Court, too, led the change from the forefront, passing historic judgments on several issues including women’s entry into the Sabarimala temple, Section 377, and adultery, among others.

Here are the social stories and issues that made an impact in 2018.

That India is predominantly an agrarian economy is known, with the sector contributing 13 percent to the country’s GDP. Sixty percent of rural households depend on agriculture and associated industries. India has the second-largest arable land globally. Yet, there is a multitude of challenges, including a dearth of innovation, basic infrastructure, and market connect.

In March, close to 50,000 landless and adivasi farmers gathered in Mumbai’s Azad Maidan from various parts of the state to ask the Devendra Fadnavis Maharashtra Government to grant them their rights.

While the Maharashtra government and the farmers reached a consensus, the year 2018 was marred by constant unrest for India’s agrarian community. In November, farmers took to Delhi’s streets and walked to the Parliament demanding a hike in minimum support prices.

2. The Supreme Court leads the change

The Supreme Court of India paved the path for inclusion with a number of landmark judgements to foster gender equality, strengthen minority rights, and grant legal rights and acceptance to the LGBTQIA+ community. On September 6, 2018, a five-judge bench, led by CJI Deepak Mishra, in its final verdict on Section 377 of the Indian Penal Code, which decriminalised homosexuality, said,

“We have to foster tolerance and peaceful coexistence, we have to respect them for who they are, and not ask them to be who they aren’t.”

The apex court also upheld that women of all ages can enter the Sabarimala temple, dedicated to Lord Ayyappa, in Kerala. However, despite several attempts, no woman has been able to visit the shrine due to huge protests.

The Supreme Court also struck down the 158-year-old Section 497 of the Indian Penal Code that criminalised adultery, stating that a woman could be punished for adultery, as could a man who has consensual sexual intercourse with another man's wife without his consent. Further, to increase transparency and accountability, the Supreme Court allowed live streaming of court proceedings.

3. Support to rural artisans and the cottage industry

The artisan industry is the second largest employer in developing nations and largely employs women. India accounts for seven million artisans according to official reports, while people within the industry say the number is almost 200 million. Yet, India contributes a meagre two percent to the global handicrafts industry, while China stands at 30 percent.

The Handicrafts Board of India stated that apart from being an unorganised sector, artisans faced other challenges such as low capital, poor exposure to new technologies, the absence of market intelligence, and a poor institutional framework.

Several startups realised this and are helping revive the industry by equipping artisans with information on the latest trends and the demand in markets. This has led to not only a revival of the industry but is also leading to Khadi becoming popular among the masses.

Kerala experienced the heaviest rainfall since 1924 in August this year, leaving millions stranded. A large number of families were forced to take shelter in relief camps, and a red alert was issued in 11 districts. With over 450 deaths being reported, people were marooned without water, food and other basic necessities.

Several individuals, startups, and NGOs came forward and began multiple initiatives to collect relief material to help those affected by the floods.

There were many inspiring tales of heroes who battled all odds to help the people. The Indian defence forces led the rescue operations, and during one such operation, Captain P Rajkumar, a Naval pilot of B42 chopper, manoeuvred a helicopter and landed on a rooftop to rescue 26 people. Under ‘Operation Sahyog’, the Indian Army's Engineer Task Force built a 40-foot bridge in Malappuram district. About 55 NGOs from Coimbatore came together to form an initiative ‘C4TN’ and collected relief material worth Rs 90,000.

The second half of 2018 saw an unprecedented number of women who exposed sexual predators at workplaces. Irrespective of the sector, women took to social media to publicly name individuals who had sexually assaulted or harassed them in the past.

The movement began with actor Tanushree Dutta accusing actor Nana Patekar and director Vivek Agnihotri of sexual harassment while shooting a film. Accusations by women forced many organisations to not only investigate the accused but also re-evaluate the measures for women safety at workplaces.