The inspiring story of two angels on a mission to change the lives of over 13,000 sex workers 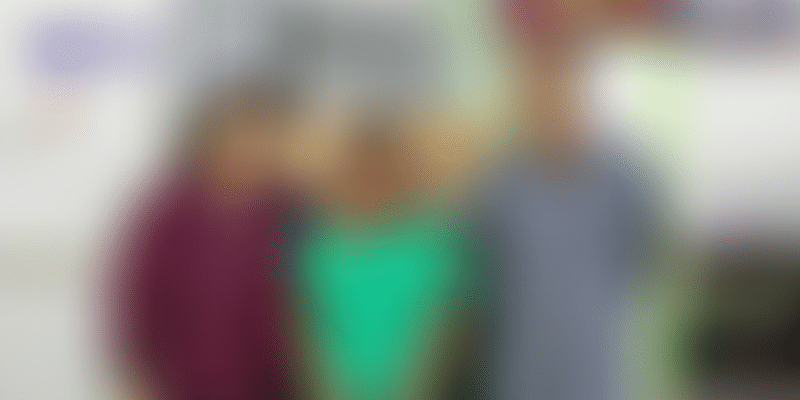 On a Sunday in early December, I had a meeting with Shama Karkal, the CEO of Swasthi Health Catalyst (SHC), at Ramamurthynagar (a rapidly growing suburb of Bengaluru) at 3 pm.

I was running late. Pressed for time, I took the wrong exit at the notorious Hebbal flyover, known for its insane traffic snarls. Even so, I kept my calm and continued driving. As it was a Sunday afternoon, the traffic was light, and I arrived at the venue before Shama. The road was narrow, dusty and crowded. I sat on the steps of the Vodafone store nearby waiting for her to arrive. She soon arrived in a taxi and beckoned to me from the other side of the road. I crossed over.

Shama studied community organisation at the University of Maryland and Non-Profit Management at Harvard Business School. She had worked for over a decade in California in the social impact field, although she could have just as easily have passed off as a successful Senior Executive at an MNC.

Shama later returned to Bengaluru due to some family compulsions. Back in India, she was introduced to Shiv Kumar, who is an influential leader in the field of social impact and community transformation and highly respected for both his work and his humble persona. At the time, Shiv Kumar, who had raised more than a billion dollars from various foundations, was looking for a professional CEO to run one of his organisations, SHC, and Shama was the perfect choice.

In the true spirit of community empowerment, Shama was also interviewed by Pushpalatha R, President of Swathi Mahila Sangha (SMS) or Pushpakka as she is fondly called - the woman Shama and I were to meet at Ramamurthynagar.

I was very curious as to how this interview may have gone. Curious because Shama was the sophisticated western educated woman while Pushpakka was the archetype daughter of the earth who spoke the local language, just about understood English, but had the native smartness.

Shama had asked me to come to Ramamurthynagar to meet this incredible woman Pushpakka! When I met her, my knowledge of Kannada helped break the ice quickly. Out of sheer curiosity, I asked her, “So, you interviewed Shama! What did you ask her?”

“How did you know she was being honest in her responses and wasn’t fibbing to get the job?”

“If you have been a part of this community for as long as I have been, you know when someone is lying and when someone is speaking the truth. You become an astute judge of human character.”

Pushpakka started as a peer educator at an NGO Samraksha and was then promoted to Supervisor. Samraksha was funded by Tata Trust, McArthur foundation and KSAPS. It ran a clinic that provided several services for women including treatment for HIV. KSAPS started as a state government body related to the National Aids Control Organization in 1998.

Pushpakka travelled to Bangladesh and Kolkata to study how such organisations worked there. On returning to Bengaluru, she started the Swati Mahila Sangha (SMS). She had to go through immense struggles and many near-death moments. Shiv supported her through these difficult times. When narrating her story, Pushpakka would break down from time to time. She remembered every detail and date.

Pushpakka had learned management and her organisation was managed by a board of eleven directors. Most board members were professionally qualified but still considered it a privilege to work for Pushpakka!

She even negotiated the tripartite agreement with SHC and the Gates Foundation. Bill Gates had come to meet her at her spartan and unpretentious office in Ramamurthynagar and had sat on the floor for more than an hour meeting her team.

A year earlier, when I had met Shama and Shiv Kumar in connection with a book I was putting together on ‘India’s quest for prosperity,’ I was fascinated by the way they were mobilising different communities and helping them address some of their issues.

When police harassment and violence against sex workers in Bengaluru were at its peak in Bengaluru, the women tried several things and nothing seemed to work. Pushpakka, inspired by the popular Bollywood film Lage Raho Munna Bhai, decided to protest in the ‘Gandhigiri’ style that the film had popularised.

This ‘filmi’ style action got public attention, and this followed up with a deeper dialogue with the police. Over time, police violence reduced significantly. Once violence was out of the way and their self-esteem was restored, they began focusing on health and financial security.

SHC worked closely with this community for the next ten years and it grew from a 13-member group into a 13,000-strong organisation. It set up its own bank, and disbursed more than $2 million in loans and ran it profitably, winning several international awards for running an effective community organisation.

SMS provides several services to its members, with counselling being the most basic service. I got to hear of some incredible and touching stories. Most family members of women in sex work, including their husbands, are not aware that they are in the field. They do this under financial stress. Some of the women get discovered by various people including auto-rickshaw drivers who then start threatening and blackmailing them. Sometimes, their husbands and children get to know and things could get very nasty. This is where counselling, police help, and legal support from SMS help. Violence on the streets has come down because soliciting has moved away from the streets to phones and WhatsApp.

SMS also provides health checkups. Most of the women are prone to sexually transmitted infections including AIDS. Many of the clients refuse to wear condoms and the women don’t have much of a choice. SMS educates them and removes some myths. In the process, it has helped reduce the incidence of AIDS from 20 to 6 percent.

The organisation also provides loans for the education of their children, for de-addiction, and for others. The bank runs through deposits and contributions from members.

Relationship between SMS and SHC

SHC also understood strategic issues and the interdependence between multiple social impact programmes as well as long-term perspectives. Together, they have formed a great partnership. She explained to me that partnerships were never just about a contract. It was about making it work on the ground. There was bound to be conflict and it was important that the differences be settled based on mutual trust.

It was amazing listening to her thought process. I had spent more than three decades evaluating human nature and I had no doubt I was listening to a true leader.

I certainly expected to come out learning that one shouldn’t judge people by what their circumstances had forced them to do. One should admire them for trying to seek out dignity amidst all odds.

And also one should admire angels like Pushpakka and Shama for giving back to society in a selfless way!