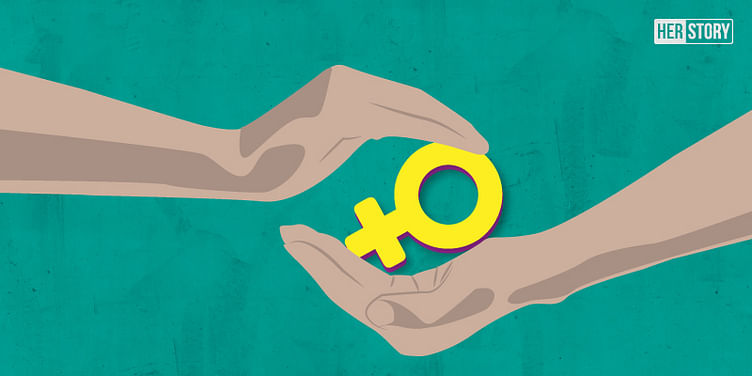 Women safety has to be our priority. It’s important for everyone - from the government to corporates and individuals – to join hands to make India a safer place for women to work and live.

In Kerala, millions of women stood in solidarity for gender equality forming a “women’s wall” stretching from the North to the South. This was in reaction to religious conservatives who have been opposing the Supreme Court verdict that allowed the entry of menstruating women in the Lord Ayyappa temple at Sabarimala.

Such a powerful gesture is heartening given that only a few days ago a 15 year old girl in Agra succumbed to her injuries sustained from being set alight by a couple of men on motorcycles. Whilst in Telangana, a 22 year old woman was killed by her parents for marrying a man outside of her caste.

If you search the internet, there are many such stories happening in different parts of India where women - young and old - are being killed for just being. In exercising their agency, they run the risk of being harassed and even killed.

As I reflect on the year 2018, I have mixed feelings. On one hand, there were many wins like the #MeToo movement gaining traction in India and abroad where several powerful men lost their jobs or were forced to resign. It was also a year that saw an unprecedented number of women leaders being elected into office in the US, and many women voters showing up in the US and India to vote corrupt and inept governments out of power.

On the other hand, it seems like we have a lot of work to do. Heads of government, from Donald Trump to Yogi Adityanath, continue to objectify and demean women, relegating them to second-class citizenry.

This cannot continue if we want to live in a happy and inclusive world. We cannot and must not encourage a situation where 50 percent of the population still lives in fear and does not have the same privileges as their male counterparts.

Since it is that time of the year where we reflect on our achievements in the past year and make plans for the New Year, I have some suggestions on how every person and institution can be the driver of change when it comes to the safety of women.

Women safety:what can you and I do?

Every citizen needs to decide and affirmatively agree that each person has the right to be safe. Our constitution states that every single person is equal before the law. So why should it not be reflected in practice? Women and girls must be allowed to access education, healthcare, choice of career, choice of marriage partner, or the right to stay single. They should not be punished for their choice of garments, friends, or leisure activities. In short, they must be given respect and be allowed to exercise their rights.

Education in this regard is the need of the hour to dispel taboos around the issue, and also help men in the country understand about respect, boundaries, and consent so that they do not violate women’s rights. As individuals, each of us can respect one another; let us be active bystanders where we prevent sexual violence and intervene when we see it happening and - most importantly – do not perpetrate it.

Role of the government

The government must ensure that the legislation in effect is enforced. What is the point in having laws for the protection of women if the system is restrictive and inhibiting? Clearly, there has to be an upgrade of infrastructure to protect the rights of women. Half the Nirbhaya fund is lying unutilised despite the desperate need for effective helplines, fast-track courts, sensitive justice officials, widespread and quality one-stop crisis centres and shelter homes, and funding for programmes to educate and advocate on women’s rights.

The police must ensure police stations are welcoming places for women to make complaints. It does not serve anyone well that official statistics on crime against women are severely under-reported. Suppressing these complaints only weakens the system and emboldens perpetrators. This ultimately affects the country as the perception of safety in India takes a beating as shown by the Thomson Reuters Perception survey.

Corporates can play their part by ensuring they have effective policies to deal with sexual harassment at the workplace. They must also work on their organisational culture to prevent a hostile work environment for women. It is a great investment for the future if their employees are able to work comfortably with each other without violating rules of consent or playing power games. Suicides by employees are avoidable and will not further cast a shadow of doubt on the corporate brand identity.

Representation of women on screen needs to change

Bollywood must stop the culture of objectifying women and perpetuating tropes that are harmful. The item girl has to be passé. Instead they can focus on strong lead roles for women and portray them in real, everyday roles that give a woman agency. If we have to shift the mindset of society at large, the film industry can play an influencing role.

Organisations like mine, Safecity, continue to shine a light on this issue by trying to crowdsource anonymous stories of sexual violence and using them to engage individuals, communities, and institutions in finding local solutions to this crime. Breakthrough and Point of View use pop culture to change attitudes and mindsets on human rights, sexuality, and intersectionality. Majlis provides free legal aid to survivors and Prerana works to end intergenerational prostitution and to protect women and children from the threats of human trafficking.

My wish for 2019 is to “be the change you wish to see”, as said by Mahatma Gandhi. If each of us did our bit, we would be able to end the horrific violence against women and girls, and make the world a happier, more equal, and inclusive space for all.