From a small village in Tamil Nadu to the US: how a pottery-making group of women became global sellers 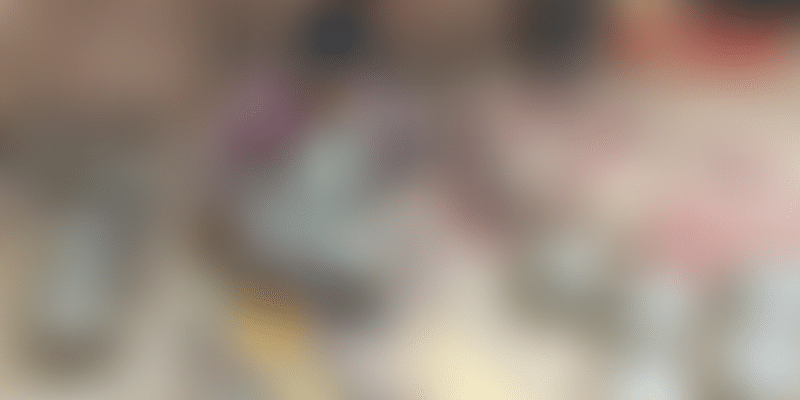 Shanthi started a self-help group with an aim to revive the traditional art of pottery making and market it better to generate more income.

In Tamil Nadu's Tirunelveli district lies Kooniyoor, a small village marked by kaccha roads and dotted with small brick houses. Like most villagers in the state, many women here have never stepped outside their state and some haven’t even been to Chennai. However, their talent and skills have gone global and their handcrafted traditional pots are being exported to the US.

How did it start? It was all thanks to a self-help group started by 52-year-old potter A. Shanthi who just wanted to help keep the tradition of mud pots alive.

“Pottery is my family business. I wanted to grow the business by building on the foundation laid by my ancestors. However, with changing times and challenges like natural disasters and a shortage of clay, I was earning my livelihood through pottery was becoming difficult,” she recalls.

She and her husband, also a potter, used to earn a mere Rs 50,000 per annum, which was insufficient to sustain their family of two sons and her husband's parents. Low demand that was bankrupting the family pushed Shanthi to explore other ways of expanding the business. She knew that she had to go beyond their tradition to cater to a new market with trendy designs while maintaining the original craft form.

In 2016, she contacted Srinivasan Services Trust, the social arm of TVS motor company and Sundaram Clayton, set up by T.V. Sundaram Iyengar for the welfare of his native village, to get loans for raw materials and labour. They set up a village self-help group called Narmada to train the local women in pottery. The Trust also taught them about government welfare schemes that aided the growth of cottage industry.

Also read: There is beauty in flaws, there are flaws in beauty - ceramic creativity at Bowl'd Over 2019

Within two years, Shanthi’s business not only grew but she also managed to export her handmade pots to the USA through her nephew. In the process, she has been successful in providing employment to over 20 women in her village while earning Rs 2.5 lakh per annum.

When she was working alone, Shanthi would receive seasonal orders for her pots, produce them individually and sell them to the local village market. In 2016, she formed the Narmada self-help group with 12 members from Kooniyoor village. The objective was to revive the traditional art of pottery making and market it better to generate more income.

The SHG wanted to empower women in their respective fields of interest. Made from natural raw materials and painted with natural dyes, the group makes sure to keep their products environment-friendly while keeping their tradition alive.

Shanthi explains, “Simplicity is the key to the success of our business. We have kept it very simple and focus on simple designs and pure material. We make products which are functional and do not focus much on the decorative aspects.”

She also met with local lake authorities and managed to get the raw material - clay - free of cost from the local lakes. Further, the Srinivasan Services Trust also helped Shanthi with a business plan, which helped her grow her business in the local market while expanding to neighbouring states including Kerala and Maharashtra.

"Collectively we are earning more than what I used to earn alone. We also having marketing tie-ups with vendors and this led to an increase in sales,” says Shanthi.

Following two days of training, the women began to make pots with Shanthi, learning the craft on the job. While Shanthi assisted them for a week, the group soon became self-sufficient and skilled enough to make them on their own. Each pot costs Rs 30-40 and can go up to Rs 500, depending upon the size, structure and design.

The women began to organise their finances themselves and learnt how to access banking facilities all by themselves. These women even started to withdraw money from the ATM by themselves. Today, each member of the Narmada SHG earns Rs 12,000 to Rs 15,000 per month.

Stepping into the US market

Shanthi’s nephew Muthukumar, who was working in a hotel in the US, would often visit his village during the holidays. Through social media, he began documenting the pottery making through pictures and video capsules that were shared widely by his friends and family. Soon, his colleagues in the US, fascinated by the rural setting of the village and the art form, began asking him more questions. They were very curious about the way the women crafted these pots using the wheel, wooden modelling tools, fettling knives, and towels.

“I shared some samples with my friends and neighbours to understand their interest levels. They were quite eager to buy the products and helped me bag a few orders. We don’t have a marketing strategy as orders come through word of mouth,” he shares.

In the US, the products gained popularity due to the environment-friendly nature and the demand for the clay pots slowly increased. Initially, Muthukumar gave the pots to a few friends as gifts. But, in 2017, he began taking formal orders. His relatives at Tuticorin helped him to arrange the logistics and today, along with his day-job, Muthukumar works as the marketing head of this business. So far, they have shipped 15,000 pots to the USA in three shipments.

Also read: Lack of access to healthcare facilities in rural Assam pushed this youth to start QuickOBook, a Practo for the North East

Despite the growing popularity overseas, both Shanthi and Muthukumar want to concentrate and grow bigger in the domestic market. Their focus markets are Tamil Nadu, Kerala and Karnataka. “There are huge demands in these markets and I would like to channelise my energy and money in growing the business in India, focussing on the abroad market only in the second round of expansion,” Muthukumar says.

For Shanthi, her biggest success lies in being able to sustain her family and help her sons study in city colleges. “I wanted to help women address issues within and outside families. When we involve women in village development initiatives and recognise their contribution to society, they are empowered and society benefits as well,” she says.

Her dream of keeping her family business alive and revive the traditional art of pottery making has resulted in greater unity among the women while making them financially independent and elevate their social status in society.