Meet the winners of SOCH, the first India-Israel hackathon for young and budding entrepreneurs 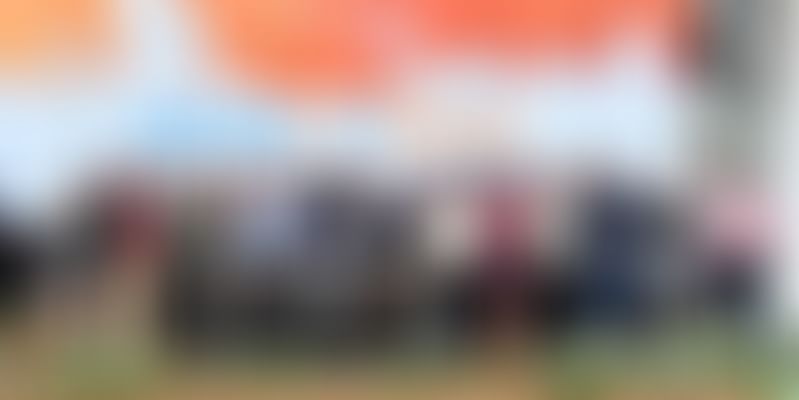 The Government of Andhra Pradesh threw open problems in the fields of agriculture, cybersecurity, and water supply, to be solved by startups and student teams from India and Israel at SOCH - a first-of-its-kind hackathon.

Keen to inspire young entrepreneurs, the Government of Andhra Pradesh recently organised a first-of-its-kind hackathon to resolve problems in the fields of agriculture, cybersecurity, and water supply.

Andhra Pradesh's Innovation Society’s Sunrise Open Challenge Hackathon (SOCH) included startups and entrepreneurs from India and Israel, along with teams of students from both countries. The hackathon, organised in Visakhapatnam and Tel Aviv, was organised in association with DCF Ventures and Axis Innovation in February.

The Indian leg of the event saw participation from 38 teams comprising 178 participants. Apart from Andhra Pradesh, participating teams came in from Karnataka, Maharashtra, Tamil Nadu, Madhya Pradesh, and Telangana. The top three solutions by startups and top three students' teams were shortlisted under each category as winners. Award prizes worth Rs 50 lakh were announced for the same.

The 30-hour hackathon also included workshops and fun activities for the teams.

We take a closer look at the chosen few:

AP's Buzzinga Analytics' product, Headrunners, was the startup winner, under the cybersecurity category. Karthik Bala and Phanipriya Vangala's Headrunners is an intelligent chat box that uses visualisation to identify threats. The application has the ability to send reports and graphs to stakeholders and users.

Headrunners plans to monetise their application as a software-as-a-service (SaaS) or data-as-a-service (DaaS) solution through monthly or yearly subscription to PR, legal, and consulting firms. The subscription will range between $1,000 and $4,000 per month for a one-year contract.

The startup also wants to collaborate with print media to launch market study reports in the future.

The first runner-up, Jalsoftner, by Vtsrn Systems, won under the Drinking Water challenge vertical. The Andhra-based startup is trying to solve the problem of access to potable water with Jalsoftner, an electronic water conditioner with activated filter media. It uses a series of controlled modulating high-frequency waveform to neutralise the bonding ability of minerals in the water.

The startup plans to work on their partner network to reach out to more farmer networks in the future.

A student team from Andhra Pradesh won under the cybersecurity vertical. IIDTians has built an end-point security-based, zero trust model, working on detection and quarantine of known and unknown malwares with protection against malicious internet traffic from client systems.

This student team from Tamil Nadu has built a device that measures contaminants present in drinking water of local tanks. The team won under the drinking water category.

Phoenix, another student team from Andhra Pradesh, has made a card that can be swiped (like an ATM card) and will produce a passbook containing information such as previous transactions of buying subsidy seeds, purchasing fertilisers, and crop insurance (including the cost and quantity). The team claims that by using the card, a farmer would be able to claim insurance within three days, as opposed to the usual four to six months time.

In the second leg of the SOCH Hackathon, Israel startups participated to develop solutions. Winners and high performers were awarded prizes worth $65,000.

The winners from Israel include:

Noga Bashan: Aims for agricultural development with technology that helps reduce the use of chemical fertilisers by 30-50 percent.