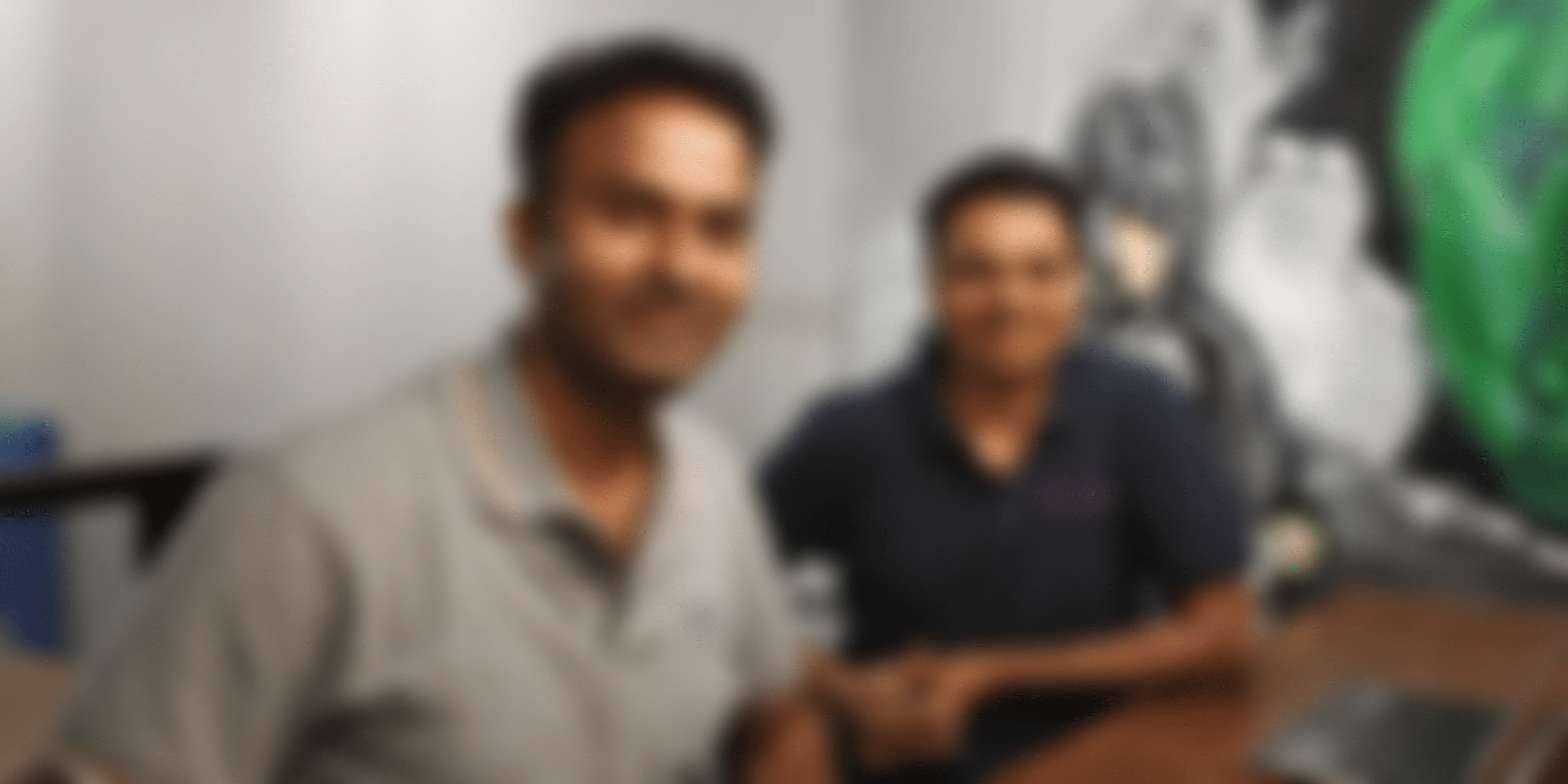 Launched in November 2017, GoFloaters helps early-stage startups, freelancers and professionals find plug-and-play workspaces on demand for a month, a week, a day, or even an hour.

While setting up his first startup, entrepreneur Shyam Sundar Nagarajan would set out for meetings, spending his days at local coffee shops. Soon, he realised that he was shelling out Rs 400-500 a day on food and refreshments at these places between meetings.

“I was hesitant to ask if I could use the space until my next meeting,” he recalls. This sparked the idea of GoFloaters - a platform that helps hundreds of early-stage startups and freelancers in Chennai, Bengaluru, and Coimbatore to find plug-and-play workspaces.

Founded in November 2017, GoFloaters is currently bootstrapped, and plans to raise funds soon.

A former Director at Cognizant and the founder and CEO of fintech startup SMBSure, Shyam says that co-working spaces started out to provide affordable and decent workspaces for early-stage startups and freelancers, but now focus on corporates, making them unaffordable for freelancers.

As a result, there was a need for “shared plug-and-play workspaces for independent consultants, freelancers, etc., to work for a few hours a day a viable and cheaper option”.

Also read: How Indian startups are teaming up with co-working spaces for enhanced productivity

Starting up with baby steps

The groundwork for GoFloaters was laid when Shyam was taking a course at Founders Institute. He shared this idea with fellow entrepreneurs and got a positive response. His mentor Sukumar Rajagopal, Cognizant’s former Chief Innovation Officer who is now the founder of Tiny Magiq, told him to test out the idea frugally.

Shyam began with a WhatsApp Business account, enrolling five neighbourhood cafes on Old Mahabalipuram Road - crowded by Chennai’s IT firms. He texted his friends about spaces available for Rs 25 per hour, along with services like free Wi-Fi, plugging source, and food at 10 percent discount (however, there “is no need to buy anything while you work”). A payment link was sent to the user once the booking was confirmed.

“These cafes are not crowded during weekdays and the owners were more than happy to let the space be used,” adds the founder, saying that it led to effective utilisation of real estate with a great ambience. He managed to get some 40 bookings in three months giving him the confidence to turn it into a viable business. He set up a website, and hired a person to liaise with clients and cafes, and handle bookings.

The next step was to make an app where customers could find a suitable space. After a user selects a workspace, the business owner can confirm its availability on the app, and the customer can then make the payment. Voila! Your on-demand workspace is ready.

Within a few months of starting up, Srivatsan Padmanabhan, Shyam’s former colleague from Cognizant, joined GoFloaters as a co-founder with his experience in Toptal, a freelance talent search platform.

GoFloaters initially allowed clients to book a space for an hour at different rates – Rs 25, Rs 50 or Rs 100 – with a 10-20 percent discount on any food or refreshments.

“We signed up with Ramada Plaza, a five-star hotel in Guindy, to use their lounge for meetings,” says Shyam. Ramada offers the lounge for work or meetings for Rs 100 an hour.

The founder kept adding layers of service by including meeting spaces and shared offices. Soon, it was possible to work out of an unused cabin in a corporate office for a day or a month, or book conference halls for meetings with facilities like a projector, a white board, Wi-Fi, and refreshments.

“We have 90-plus partners for providing on-demand workspaces,” says Shyam.

Today, it has 60 spaces in Chennai, 31 in Bengaluru, and two in Coimbatore. The founder says GoFloaters plans to be operational in eight cities across India by the end of 2019, with an average of 100 partner spaces. Shyam claims the company records a 20 percent month-on-month growth.

“Freelancing is slowly becoming mainstream in India. Millennials especially want the flexibility, independence, and freedom that comes with freelancing and are increasingly joining the bandwagon."

It’s not just freelancers who are using on-demand workspaces. The founders tell us that a unani healer and an acupuncture specialist also use the app to book private cabins for patient consultations.

The company doesn’t just aggregate on-demand workspaces but also offers motivational content like videos featuring successful entrepreneurs, including a popular series where the founders share their experiences of building the startup. The GoFloaters blog has a series on how problems are typically solved by startups.

Coworking: the future of work

A 2018 report by consulting firm Bain and Company and the Indian Private Equity and Venture Capital Association showed that the country has nearly 1,000 co-working spaces, fuelled by the thriving gig economy and startup ecosystem.

JLL, India’s largest professional real estate services company, in a May 2018 report, estimated that over 13 million people will be working out of co-working spaces by 2020 - a trend driven by millennials.

UN reports that India had 18 million freelancers in 2018, and finding a space to work at affordable prices – by the hour, the day, or for a month – will become even more attractive. In India, there are several players in this space including WeWork, 91springboard, Awfis, Innov8, and more.

But GoFloaters sets itself apart from the many coworking options by putting the focus on freelancers. Srivatsan says,

“The flip side of being on your own is loneliness, lack of mentoring, networking, and a defined career path. That’s exactly what we at GoFloaters want to address by creating a vibrant network of freelancers, backed by mentors who can guide them along. Our vision is to be the incubator for freelancers and help build a strong ecosystem to support the tribe of freelancers in India.”

Also read: Is co-working the future? Trends to watch out for in India this year