A detailed guide for startups on getting angel investment in India 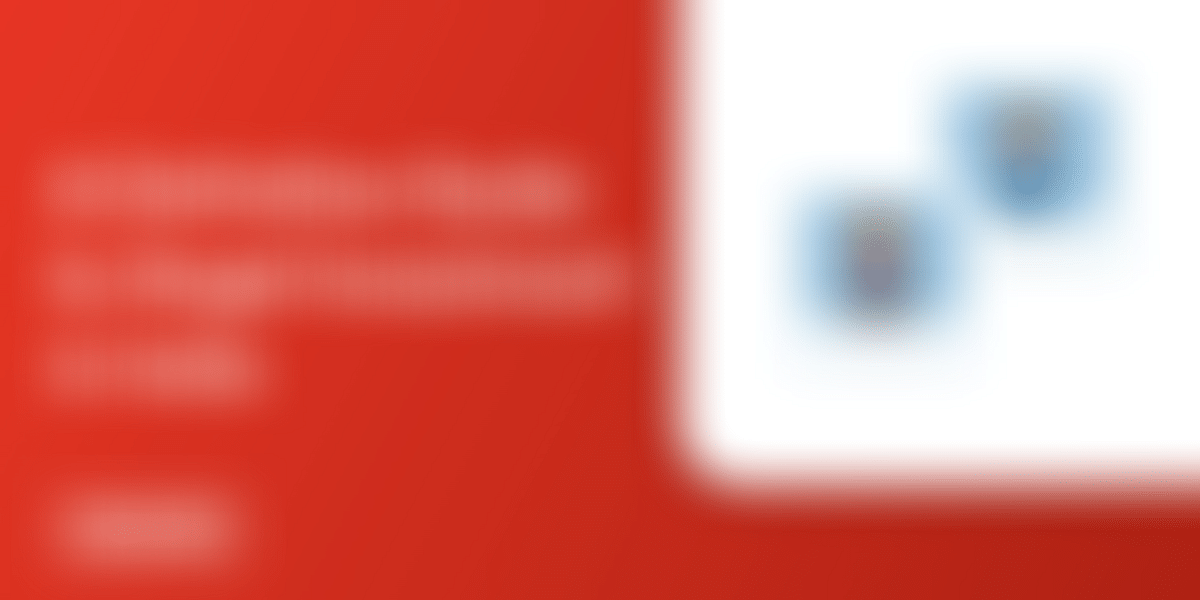 Angel investors can make the difference between getting a startup off the ground and burning it to death. Here's what you need to know about angel investment in India.

Beyond offering cash, angel investors can make the difference between getting a startup off the ground and burning it to death. The importance of the initial fund injection by an investor and their ability to validate the business model, build a pilot, and connect with the first customers is vital for an entrepreneur.

In a report, LetsVenture illustrates the number of deals angel investors made and the amount of funding they poured in.

According to a report by YourStory, $173 million were raised in Pre-Series A and angel rounds in 2018 by Indian startups.

While the number of deals and the amount invested may have decreased from 2015 to 2018, the hands-on experience and the access to a network still make angel investors invaluable for a startup.

This detailed guide shares everything you would want to know about getting angel investment in the Indian startup ecosystem.

What does an angel investor look for while investing in a startup?

For a first-time entrepreneur, raising capital from outside can seem daunting. Experienced angel investors are diligent in reviewing investment proposals. Despite numerous founders approaching them, every investor has certain boxes to check before they take interest in, inject money, or give their time to a startup.

This is the first question most investors will start with – “How big is the market your company is looking to cater to?”

This “big” includes the current scope as well as the future expansion. If you’re targeting an existing market, be prepared to answer how your offerings are different from the other players. If it’s an emerging market, focus on answering how big the market is expected to grow in the next few years and the growth drivers.

Rising tides lift boats. Angel investors are the first ones to place their bets on the new boats - the promising industries.

#2. The team’s ability to execute

A seasoned investor will be keen to know how well your team is positioned to create and execute the business idea and become the market leader.

The most common questions include:

Highlight the strength of everyone on the team. Angel investors put their faith in the jockey and not on the horse. While the business idea may pivot over time, the team is responsible for the success or failure of the startup.

One way to vet a de-risk investment opportunity is by looking at the momentum a company has gathered. This varies according to the company and the industry, and can be – revenue, channel partners, and the number of users or clients onboard.

This metric shows the investor that the market has already started engaging with your startup’s service or product and these users are providing feedback. Commercial traction gives you an upper hand over your competitors, who’re still in the laboratory.

Having real data to support your claims allows you to adjust the assumptions you started with. For an angel investor, it is a good measure of the progress made so far by the team.

Investor-fit is one of the most important parameters for an entrepreneur to consider while opting for an angel investor.

There are many checklists to be taken into consideration here, such as the stage of your company, the industry you’re targeting, and the investor’s experience in the relevant field.

Consider this to be a piece of the puzzle. When there are mutual connections between the investor and the founder, the investor is more likely to invest. Do your research before approaching them. This way, you will remove the ones from your list who’re not a good fit.

There’s always a click moment between the investor and founder that affects the investment decision. Sometimes it’s as simple as affinity, based on the shared workplace, common background, college or a mutually trusted and known connection.

At other times, it is harder to find the cause as it could be as general as the likability of the founders or a gut feeling that’s hard to shake off.

It helps to be authentic and not salesy. Get to know the background of the investor to present any common connections out of the meeting.

While fundraising can be difficult, you can use these 5 points to engage with the angel investor. Often you won’t get the cheque immediately but then, even a second meeting is equivalent to having done a good job.

The active angel investors in the Indian startup ecosystem

Typically angel investors are experienced entrepreneurs who understand what it takes to build a billion-dollar company since they’ve been through the same phase.

With a handsome amount of fortune and the will to entrust others with their finances, these “angels” step in to provide the required support and mentorship for early entrepreneurs to get over the initial challenges.

Here are some of the active angel investors in India.

Binny Bansal – The Flipkart Co-founder has made 19 investments to date, according to YourStory. The report states that he prefers to invest in healthcare, edtech and networking and community-based startups. Some of his investee companies are NIRAMAI, Curefit, SigTuple, Pandorum Technologies, Unacademy, HashLearn, Roposo, and Plabro Networks.

Rajan Anandan – One of India’s most famous angel investors, this former Google MD is now a part of the leadership team at Sequoia Capital. As of 2018, Rajan made a total of 58 investments, according to YourStory. His investments include Capillary Technologies, Instamojo, WebEngage, Druva, Kwench, and Mobilewalla.

Girish Mathrubootham – The Co-founder and CEO of SaaS company Freshworks is one of the most sought after angel investors in the Indian ecosystem. He has invested in over 30 companies in areas of consumer internet, SaaS, and enterprise software to date. He brings two decades of experience and his business acumen to the table as an investor for ChargeBee, Zarget, Belong, CloudCherry, Belong, Factor Daily, Pando, and BetaOut.

Kris Gopalakrishnan – One of the seven founders of Infosys and its Executive Vice Chairman, Senapathy Gopalakrishnan, popularly known as Krish Gopalakrishnan, has made seed investments in companies such as Planys Technologies and HungerBox. In 2014, he co-founded VC firm Axilor Ventures for young entrepreneurs.

Krishnan Ganesh – Krishnan Ganesh, the co-founder of TutorVista, invests in four to five startups anywhere between $25-250K every year. SilverPush, HackerEarth, Freshmenu, Acadgild, and Bigbasket are some in the consumer internet, healthcare, education, and technology.

Meena Ganesh – The CEO and Co-founder of Portea Medical, Meena Ganesh and her husband Krishnan Ganesh added a Midas touch to the four startups they invested in, which raised subsequent VC rounds. Their portfolio companies include HackerEarth, SilverPush, Oximity, and Overcart.

Dr Ritesh Malik – A doctor by profession, Ritesh Malik is the Co-founder of Innov8, a chain of coworking spaces in India. He invests in technology and hardware startups and some of his notable investments are Inc42, Asimov Robotics, StyleDotMe, Wittyfeed, Wigzo Technologies, Josh Talks, and Ketto.

Anupam Mittal – The founder of People’s Group that owns Shaadi.com and Makaan.com is known for his business acumen. He has invested in more than 34 startups including Ola Cabs, Druva Software, Little Eye labs, Ketto, FabHotels, and Pipemonk.

Sachin Bansal – The Co-founder of Flipkart has made eight investments in startups, according to a YourStory report. These include NewsInShorts, Ather Energy, Roposo, and SpoonJoy.

Naveen Tiwari – The CEO and Founder of InMobi, a mobile advertising network, has invested in LetsVenture, Mettl, Tushky, Razorpay, and Moneysights.

Vijay Shekhar Sharma – The Founder of One97 communication, responsible for making mobile payments familiar to millions of Indians via Paytm, has invested in companies such as LogiNext, Milaap, iimjobs, InnerChef, SilverPush, Edukart, TapChief, FactorDaily, and Tushky.

Kunal Shah – The Founder of Freecharge and Cred, and an advisor to Sequoia, has invested in over 15 startups. They include LogiNext, Pocket Aces, Innov8, Daily Ninja, Unacademy, Razorpay, and Voonik.

Indian Angel Network – Founded in 2006 by Alok Mittal, the Indian Angel Network provides access to mentors, networks, and inputs on strategy and execution along with giving the funds. They have over 450 investors across 10 countries. The deal size ranges from $400K to $1 million. Some examples of the startups funded are FabAlley, Pretty Secrets, Box8, Druva Software, adStringO, and LogiNext.

Venture Catalysts – The startup incubator closed 57 deals in 2018. The startups in their portfolio raised 125 crore, with the deal size ranging from Rs 3 crore to Rs 13 crore. Fynd, Innov8, Beardo, AppSay, and Fyre are some of their investee companies.

Chennai Angels – Started in 2007, Chennai Angels has 94 strong investors today who have invested Rs 50 crore in 37 startups to date. They include CloudCherry, Ketto, and BetaOut.

Chandigarh Angels – Started by successful entrepreneurs-turned-investors to help build promising businesses and scale them, Chandigarh Angel Investors has 45 angels who have mentored 250 startups and funded 16 of them with a ticket size up to 3 crores.

Gone are the days when angel investors used to be difficult to find. Today, angel and seed investors are approachable. Angel investors take a personal interest in you than having financial concerns - meaning they strongly believe in you!

An individual investor may want to start the investment by pumping in small amounts. The good thing here is that they will help you meet other investors, who would then invest as a group.

How has been your experience in raising angel investment? We’d love to hear.

An investor's take on making a lasting first impression