Bringing couples and wedding professionals together, startup WedWise makes saying ‘I Do’ easier 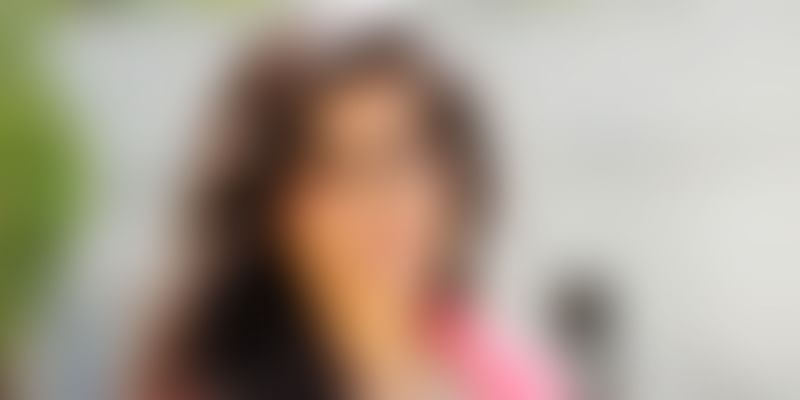 Delhi-based WedWise, which has a 55,000-member community, has already served NRI clients within India and is now eyeing overseas expansion.

Planning a wedding is no less of an adventure. From shopping and photography to finding a venue and sending out invites, it is a stressful affair for both the couple and their families. To solve this problem, a string of startups have popped up in the last few years to make the event a hassle-free affair.

And upping the game in the industry is WedWise, a marketplace that connects vendors and buyers. WedWise follows a community driven model that allows couples getting married to connect with wedding professionals such as make-up artists, photographers, event planners, etc.

The Delhi-based startup is now looking to expand its operations overseas, according to Ginny Kohli, Founder, WedWise. A high number of queries coming in from these markets prompted the founder to seriously start thinking about taking the platform to these locations.

“After having catered to the destination wedding market through our community, we are now looking at extending our platform to geographies such as the UK, the US, Canada, and Australia,” says the computer science engineer, who started WedWise in 2015.

The idea is to have dedicated platforms for each of these geographies where local buyers and sellers can connect for all their wedding needs. It will be similar to the way in which the company has been operating in India, and at times overseas, for putting together destination weddings.

Thirty-two-year-old Ginny points out that the company’s growth to becoming a 55,000-member community has been completely through word-of-mouth. She believes that an already served and satisfied customer base overseas would help spread the word in foreign markets. WedWise has served several NRI clients within India, and has catered to overseas destination weddings as well.

Also read: Meet the Delhi-based bootstrapped startup that wants to be the Uber for legal help

After completing her engineering in computer science from Aston University in the UK, Ginny worked as a software designer with Rolls Royce for a while. In 2010, she decided to move back to India and joined her father’s business of vintage motorcycle restoration. However, she soon realised that she was a “techie at heart” and was “raw with the business aspect of things”.

She decided to get an MBA. After having equipped herself with business smarts, she joined Groupon in India. Here, Ginny handled the corporate division where she would sell the company’s coupons to corporate clients. As she built a relationship with these corporates, they started to call her with wedding-related requests for their children and relatives. She realised this was an unexplored market with a huge opportunity.

“There was nothing in the market. There was no one in the business in India. So, in 2014, I quit Groupon, took a break and went to the UK to understand the business. They had a developed wedding market, unlike India,” says Ginny. She came back and started WedWise.

The Facebook-driven community enables professionals to showcase their work, and discuss their offerings and expertise in real-time. The community model also means that couples who have used certain vendors’ services can discuss their experience and help others in taking an informed decision.

To allow vendors to promote themselves to prospective clients, WedWise allows them to advertise for free on its platform, once a week. Within the community, around 60 percent of the members are vendors from across 40 different categories. These include apparel, wedding planning, make up, invitations, photography, etc. And out of the 60 percent-strong vendor community, 20 percent are homepreneurs, or entrepreneurs who operate out of their homes.

“There are women who earlier did not retail anywhere, and they got an opportunity to retail their stuff on the platform,” adds Ginny.

The company also organises community and networking events to help vendors connect with their target groups and to showcase their services.

Also read: This Mumbai startup is the first Indian brand to sell across Hamleys globally

The company has an “infotainment channel” on YouTube that takes couples through various processes of wedding planning, including how to make the right choices in picking and booking services.

“There are plans to scale up the YouTube channel significantly, given that video content is gaining immense popularity among the investor community,” says Ginny, who is now interested in raising funds to strengthen WedWise's video platform.

The wedding market in India is estimated to be over $50 billion, and is growing at the rate of 20-30 percent annually. WedWise, along with other players like WedMeGood and WeddingSutra, is tapping into this burgeoning industry, which is often referred to as recession-proof.

The company makes money through events (that help connect vendors with prospective clients), sponsored posts, and ads on social media.

Its annual revenue has been growing by 20 percent every year since inception, says Ginny. WedWise claims to have broken even by the end of 2017, merely two years after inception.

Also watch: Vikram Chandra sets out to revolutionise video news for the online gen with editorji