Elections 2019: A wrap-up of YourStory’s complete coverage as Modi-led NDA returns to power 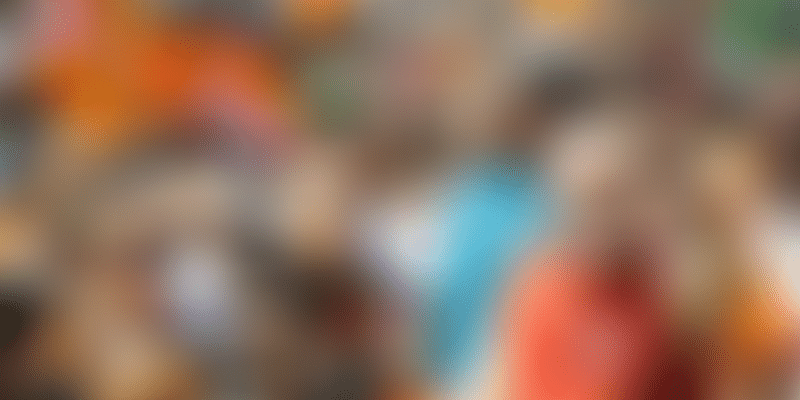 "India wins yet again," tweeted Indian Prime Minister Narendra Modi as the BJP and its allies claimed a massive victory in the 2019 General Elections. Here’s a compilation of YourStory's complete coverage of the elections.

In a rousing victory speech at the BJP headquarters in New Delhi, Modi said the election has thrown up a mandate to build a new India, which will have only two castes -- the poor and those who want to alleviate poverty. On Thursday, as Modi led the NDA to a historic win in the largest democratic election process in history, PM Modi promised to build a 'strong and inclusive India.'

The BJP-led NDA emerged a clear victor in the Lok Sabha elections, leading with over 349 seats out of 542, by 10 pm IST Thursday.

From the early trends, it looks like an easy comeback for the incumbent government. Interestingly, the Modi wave not only swept through the Hindi heartland and Gujarat, but is also set to sweep West Bengal, Odisha, Maharashtra, and Karnataka. The only states that seem to be untouched are Kerala, Tamil Nadu, Andhra Pradesh, and Telangana.

An estimated 67.11 percent of the nearly 91 crore eligible voters cast their vote in this year's seven-phase Lok Sabha elections, the highest-ever turnout recorded in any parliamentary polls in India. The overall turnout in 2014 was 66.40 percent.

YourStory takes a look at what India Inc and the Indian startup community is expecting from the new government and what the investor sentiment is with the ruling BJP party set for a second term.

Here's a look at YourStory's complete coverage of the Indian General Elections:

Prime Minister Narendra Modi on Thursday led his Bharatiya Janata Party (BJP) towards a super-sized victory for a second term in office, as his message of nationalism, security, Hindu pride, and a New India was wholeheartedly embraced by voters across large swathes of the country.

Prime Minister Narendra Modi looks set to return for a second term as counting trends point to the BJP-led NDA leading in over 340 of the total 542 seats for which counting is underway. The Opposition UPA, led by the Indian National Congress, also improved its performance from 44 in the 2014 elections, but was couldn't provide any real competition to the ruling alliance.

General Elections 2019: Reactions from India Inc and the startup world to Modi 2.0

Prime Minister Narendra Modi's Bharatiya Janata Party (BJP)-led National Democratic Alliance (NDA) is on course for a historic win, as India wraps up the largest democratic election process in history on Thursday. Here's a look at the reactions from India Inc and the startup and entrepreneur community and their expectations from the new government.

The long reign of political stability in India - much needed for businesses - has begun with the BJP-led NDA poised to storm back to power going by early trends, beating all fears of incumbency. And this means good tidings for the Startup India mission. Prime Minister Narendra Modi is now comfortably placed for the next five years to finish his unfinished agenda, which he had started in the previous term. There are hopes that Startup India would get a big boost now, and entrepreneurs would sprout across the country to create much-needed employment.

The stellar performance of Prime Minister Narendra Modi's BJP with another large parliamentary majority will see continuity of macroeconomic policy in the next five years but the key economic challenge now is to continue reforms, brokerages and economists said on Thursday.

India Inc expressed hope that a stable government at the Centre will boost growth in the country and lead to higher foreign fund inflows as trends suggested BJP and its allies will return to power with a thumping majority.

Indian markets touched record highs on Thursday, as election results indicated that the ruling National Democratic Alliance, with Prime Minister Modi, would come back to power. Sensex opened at a record 39,591.77 points, and smashed past the 40,000 mark in early trading, while the Nifty also touched a record of 12,041.15 points. Vote counting in the world’s largest election was still on as of market close on Thursday, but the BJP has already come out ahead, winning roughly 300 out of 542 seats.

The US corporate sector on Thursday congratulated Narendra Modi on his "commanding victory", saying the Prime Minister has the potential to transform India and forge opportunity for all Indians. "USIBC believes that trade and investment between the two countries is a critical element of India's future growth, and looks forward to working with Prime Minister Modi and his team to unlock new growth opportunities across the US-India corridor," Nisha Desai Biswal, President of US India Business Council said.

The benchmark BSE Sensex rallied nearly 800 points and the NSE Nifty soared over 200 points to hit their respective record highs in early trade on Thursday, as counting of votes for the Lok Sabha election began. According to traders, investor sentiment was boosted by initial trends that suggested a win for the ruling NDA. Amid market euphoria, the rupee also appreciated 26 paise to 69.40 against the US dollar in opening trade.

"Irrespective of the result of the election, I believe that India has a bright future ahead. India’s long-term story is one of stability compared to other emerging markets. Our economic growth has seen a steady CAGR of seven percent across 25 years, 20 years, 15 and 10 years, no matter which government has been in power," writes Vani Kola, Founder and Managing Director at Kalaari Capital.

One of the primary focus areas for the new government will be to realign the structure of skilling initiatives in India. Moreover, we need to also concentrate on ameliorating the wage and stipend cycle in order to bring about a positive course correction in the employability of the workforce.

What does the startup community expect from the new government?

In the last five years, our fast-growing startup ecosystem has seen several highs and lows. Last year alone, we added eight unicorns. And in the first five months of this year, we already have three new members in the unicorn club. That’s not all. As of last year, India also moved up 23 ranks in ease of doing business. But, even as the ecosystem is thriving and growing, stakeholders believe we can do more. So, here are a few expectations the Indian startup ecosystem has for the next five years.

Nearly 15 million Indians are said to have voted for the first time this year. With issues ranging from women’s safety to more jobs, the Gen Z voters have a long list of expectations from the newly-elected government.

Elections 2019: Women tell HerStory what they want from the next government

As the new government is set to take centre stage in the coming days, and the focus is on the seat of power, it’s also imperative to understand what women in India want. More jobs, changes in workplace policies, and increased female participation -- the list is endless.

With the Lok Sabha 2019 election process coming to an end, the Finance Ministry has prepared 100-day agenda for the new government, with an aim to push the economy which has slipped to 6.6 percent in the third quarter of 2018-19. Among other things, the agenda is likely to focus on increasing private investment, employment generation, and giving relief to the farm sector, sources said. Besides, the agenda also includes improving direct and indirect tax collection. Simplification of tax procedure especially with regard to the goods and services tax (GST) is also on the cards.

Niti Aayog is working on the economic agenda for the new government where the focus will be on achieving long-term sustainable growth and boosting private investments in the country, the think tank's Vice Chairman Rajiv Kumar said.

With BJP set to increase its tally in Karnataka, is startup capital of India staring at political instability?

Startup capital of India Bengaluru will mostly likely witness a political slugfest, with the current Janata Dal and Congress-led coalition government in Karnataka hanging in delicate balance after the General Election results indicated 24 seats for the BJP.

As a new government dawns on Andhra Pradesh, will the Sunrise State continue to give a fillip to the startup ecosystem?

One of the youngest states in the country – Andhra Pradesh – is set for a change of guard with incumbent Chief Minister N Chandrababu Naidu of the Telugu Desam Party (TDP) set to step down, conceding defeat to YSR Congress' YS Jagan Mohan Reddy. Known as the Sunrise State, Andhra Pradesh was formed on June 2, 2014, following its bifurcation, and since then, has steadfastly driven its goal to become a leading destination for startups and innovation.

From just two seats in Lok Sabha in 1984 to winning two back-to-back majority in general elections, the BJP with its right-wing Hindutva ideology has firmly taken the centre-stage of India's political landscape, displacing the Congress.

Counting of the 600+ million votes started at 8.00 am this morning and it was just a matter of hours before it was clear that the BJP-led NDA was coming back to power. Prime Minister Narendra Modi had been voted in for a second term. Here's a quick look at the biggest winners and losers.

The 17th Lok Sabha elections results will seal the fate of 715 women candidates out of a total of 8,049 candidates. Only a limited number of women have contested this year and out of these 715 women, a minuscule percentage comprises women celebrities and actors. This year saw actors like Urmila Matondkar enter the fray while the seasoned ones stuck to their former constituencies and familiar style of campaigning. While these women may have brought “star power” into the spotlight, it remains to be seen what they will do for the masses, if they win.

On a lighter note

Watching the Modi wave sweep most of India in Lok Sabha election on Thursday, social media users were convinced counting day is the real season finale of the popular HBO series Game of Thrones.

"All hail His Grace, Narendra of the House Modi, First of his Name, Ruler of Bharatiyas, Lord of the North, South (partly), East, West and North East, Protector of the Realm, Breaker of Chains, Harbinger of Vikas, Scourge of traitors and Baap of all seculars #ModiAaRahaHai," one tweeted.