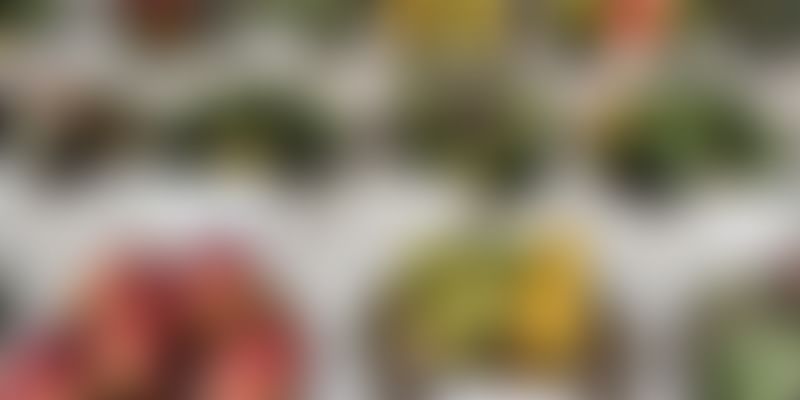 It’s one of those favourite times of the year again: mango season! In this photo essay, we showcase the mind-boggling varieties of this majestic fruit on display at two events, the Mango Diversity Fair and Mango Mela. We also feature the activities of IIHR to promote entrepreneurship in this sector.

The Indian Council of Agricultural Research coordinates the activities of over 100 institutions, including the Indian Institute of Horticultural Research (IIHR). As part of an awareness drive for mango lovers and food sector entrepreneurs, IIHR recently hosted a Mango Diversity Fair in Bengaluru, showcasing a jaw-dropping 250 varieties of mangoes (featured in this photo essay).

Most of the mangoes were from India, but there were also imported varieties grown in IIHR’s sprawling 750 acre-campus in Hessarghatta, on the outskirts of Bengaluru.

“We have 728 varieties of mango, with at least three trees per variety in our campus,” said IIHR’s Director Dr MR Dinesh, in a chat with YourStory.

While it is good to marvel at the sheer diversity of this amazing fruit and enjoy it during the mango season, one should also be aware that many varieties of this precious fruit are getting lost due to deforestation, Dinesh cautioned. In addition to 180 varieties of appemidi (pickle mango), over 110 varieties of jackfruit have been conserved in IIHR.

Dinesh called for more conservation of forest areas and cultivation of mangoes, and also invited entrepreneurs to get involved in popularising a range of mango products. “With regard to post-harvest technology, IIHR has commercialised over a hundred technologies,” Dinesh explains.

An incubation centre was launched five years ago, promoting seed varieties as well as agri-businesses. Training is offered at its Entrepreneurship Development Centre, along with workshops and courses. One of the recent workshops was titled ‘Entrepreneurial Opportunities in Mango and Jackfruit: From Planting Materials to Export Markets.’

Topics covered in such workshops include marketability of the various varieties of mango, certification protocols, packaging and transportation techniques, and farm implements and machinery.

These activities are promoted via live demonstrations of cultivars of fruits, and scientist-farmer interface sessions on themes like ‘Horticulture for promoting rural entrepreneurship’ and ‘Handholding of members of Farmers Producer Organisations (FPOs) and HOPCOMS.’

As a related event, Bengaluru also hosts the annual Mango Mela in Lalbagh (see our coverage of the 2018 fair here), which is now running for three weeks in the month of June. Check out as well Ajit Saldanha's mango recipes, and YourStory’s coverage of Syed Mateen Agha, regarded as the ‘mango king’ of Karnataka, and legendary mango cultivator Haji Kalimullah Khan. YourStory was also the media partner for the National Millets Fair, organised earlier in Bengaluru by the government of Karnataka.

In the second part of this photo essay, we showcase some of the exhibitors at the Mango Mela 2019, which is drawing visitors from across India and overseas. We urge our readers to try out the endless free samples of mangoes at the mela, support the traders and farmers who toil hard to bring these fruits to our table, and invite ‘agri-preneurs’ to explore new opportunities in this field!