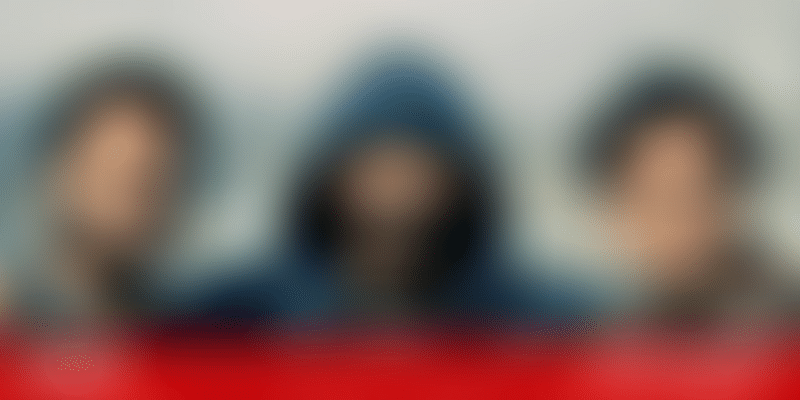 If you thought getting a pizza from Domino's delivered to your train seat was cool, hold on to your horses. Now, thanks to a partnership between Calipso and Western Railways, passengers travelling from Indore can get head and foot massages on board. The Indore-based beauty services startup will provide its services to over 80 trains with direct access to 1,50,000 passengers. It also has a physical store at the Indore junction platform. These services will be divided into three categories - gold, diamond, and platinum.

Meat and seafood startup Licious opened its first multi-dimensional experience centre in Gurugram to recreate the ‘Licious experience’ on-ground. The team chose Delhi-NCR because it feels that the region has a deeper penetration of semi-organised and organised meat stores, which users are used to seeing in their vicinity as compared to other locations.

Tiger Global leads $15.5M Series A funding round in OkCredit

OkCredit has raised $15.5 million as a part of its Series A round led by Tiger Global Management. The round also saw participation from new investor Morningside Ventures as well as existing investors Lightspeed India Partners, Venture Highway, and Y Combinator. This takes the total funds raised by OkCredit to $17.5 million.

Roposo was launched as a fashion-focused social network and soon pivoted to a video-sharing app. In a video interview with YourStory, Co-founder Mayank Bhangadia retraces the startup’s journey to 38 million users, and reveals how they aim to grow their user base and ad revenue.

Pioneering Ventures announced the launch of a ‘Rural India Impact’ Fund of $70 million. The fund, a growth capital vehicle to be raised through family offices and other institutional investors (mainly Europe), has invested over Rs 1,000 crore in India along with its co-investors. Its portfolio companies include Desai Fruits & Vegetables, Citrus Processing India, MilkLane, FarmLink and Samaaru.

Bengaluru-based startup Dunzo, which started life as a WhatsApp-based service, now runs all kinds of errands for customers in four cities. In a conversation with YourStory, Dunzo Co-founder and CEO Kabeer Biswas talks about Mumbai expansion and their recently launched B2B focus.

Homegrown OTT platform Zee5 has entered into a partnership with Israel tech startup Applicaster in what is a first-of-its-kind collaboration between Indian and Israeli companies. The partnership seeks to utilise the bonhomie between the two countries and pro-collaboration policies between India and Israel, and has been facilitated by the Embassy of India in Tel Aviv.

Mobile sales from online channels reached its highest-ever share of 43 percent in the first quarter of 2019, a study by Counterpoint Research reveals. Flipkart pocketed 53 percent of overall sales, while Amazon grabbed a 36 percent share. The remaining 11 percent went to Xiaomi's Mi Store.