Eyes on the US prize, Haptik brings founding team of Convrg on board 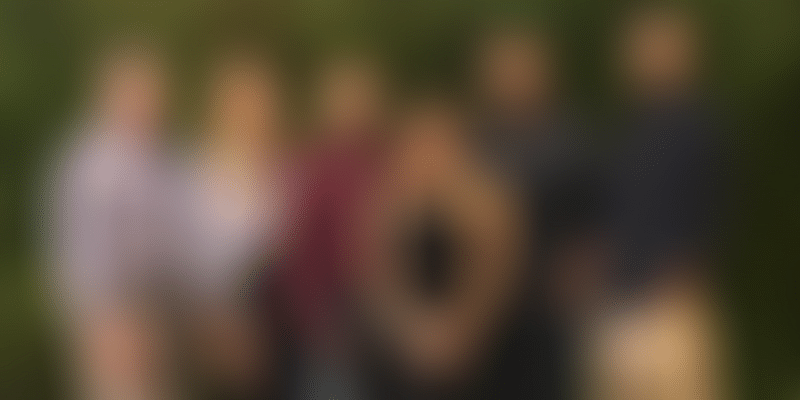 Conversational AI startup Haptik has reimagined customer engagement for businesses across India with its expertise and intelligence of 2 billion+ data points. The startup, eyeing growth in the US by enabling AI for enterprises across markets, has now brought on board the Convrg founding team.

Haptik was launched in 2013 with a belief that conversational UI would be the cornerstone of user engagement. This belief was driven by the growing penetration of smartphones globally, and ultimately became a reality.

Whether Haptik Founders Aakrit Vaish and Swapan Rajdev saw that behaviour coming or not, it certainly gave them an advantage. The Mumbai-based startup is a B2B solution for enterprises, and builds chatbots that companies can deploy on websites, apps, and other platforms. It uses a mix of artificial intelligence, machine learning, and natural language processing for its platform.

The startup claims to have processed more than two billion conversations for numerous enterprises and platforms. In the last two years, Haptik has also registered a 1,000 percent year-on-year growth, and has worked with popular brands like Samsung, Tata, and Coca-Cola.

Haptik today announced that it had brought on board the founding team of Convrg, a Los Angeles-based startup that recently built the chatbot powering the most engaging Reddit advertisement of all time. The announcement comes after Haptik entered a strategic partnership with Reliance Industries in April this year, where the latter acquired an 87 percent stake in the former, at a deal valued at Rs 700 crore.

This move will help drive Haptik's business in the US, and let the startup offer brands in North America both superior technology and the proven ability to apply it.

Aakrit said: “We’ve been doing business in North America for a few years now, but given the nature of the market, we knew we needed a dedicated full-time operation there.”

Commenting on Convrg, he added: “Given what they’ve accomplished in AI and in enterprise software leading up to this, the team we've put in place now gives us a solid foothold in the region.”

For Haptik, the US is evidently a wider market, considering the size of the country’s economy. The demands are expected to be more specific and complex.

“The US market is inundated with a lot of value-added products and devices that support conversational AI. Even an average consumer is inclined to use conversational AI as s/he has less patience and attention span. They prefer getting things done by themselves in the most efficient manner rather than depending on others,” Aakrit says.

According to Gartner, 85 percent of all customer interactions will be handled without human agents by 2020, and Aakrit believes that it is just about the right time to enter the US. The global market for conversational AI, which stands at $4.2 billion in 2019, is expected to grow to $15.7 billion by 2024, at a CAGR of 30.2 percent.

Compared to the West, the concept of conversational AI, both in terms of nature of the demand and product diversification, is yet to catch up in India. Aakrit says that conversational interfaces are an interesting space right now as they are enabling brands to engage with consumers in the most impactful way.

According to the team, they realised the need to develop bots that can carry out conversations in vernacular languages, especially in a linguistically diverse country like India.

Aakrit says, “Digital media growth in 2019 will be driven by the three V's: Voice, Vernacular, and Video. And multilingual bots can be great assets for any enterprise.”

Haptik has six algorithms that every message goes through to find the most appropriate response. These include language detection, domain classification, intent detection, name entity recognition, and sequence to sequence. The startup has about 25 bot analysts whose only role is to keep adding more training data to make the algorithms better, over time.

With over five years of consumer data, Aakrit sounds confident and more importantly, aware of what his models can produce further. According to him, Haptik’s success rate in response is currently the industry’s best-in-class.

“Across all our bots in the system, our response success rate is about 75 percent. And of the remaining, about 15 percent are breaks or not answered, and 10 percent are false positives where it possibly gave the wrong answer,” he says.

When the going gets tough: how Haptik found its sweet spot in a B2B play

There may be similar players in the US, including Verint, x.ai, and Sherpa, but Aakrit is convinced about their value proposition for the country: a single-minded focus on retail and ecommerce. This, apart from the fact that the system has already seen over two billion interactions, and that it is a one-stop implementation platform.

“We are also researching on utilising deep learning and neural networks to get machines to talk just like you and me. We want our bots to have unique personalities, which in turn will be influenced by brand identities and the way brands would like to engage with their audiences,” Aakrit says.

A great deal of manual effort goes into training any new algorithm to build new models. This is the case not just for Haptik, but any organisation that runs on machine learning at its core. The company is now investing in research that could streamline this exercise to make it automated and quicker, without any human involvement.

As AI enters its next step of technological evolution, it is expected to be smart enough to understand what consumers want, without any scope for latency in text and voice recognition. To complement this, the team is now developing multilingual voice bots and is tinkering with NLP to make conversations more emphatic.

“As man-machine and machine-machine conversations increase, conversational AI solutions will become extremely dynamic in their scope as well as execution. We are looking at a business of tens of millions per year in the next two to three years,” Aakrit says.