How Ola is creating an entrepreneurial culture; TikTok parent company to produce smartphone 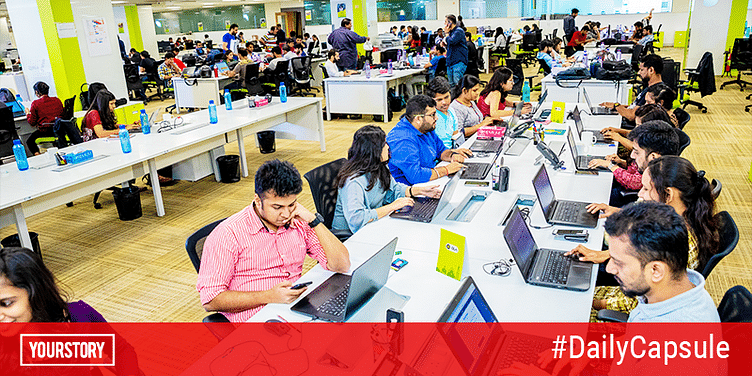 Ola, one of India's most valued startups, is taking this a notch above. The company introduced two employee-centric learning programmes, Elevate and Uday, which will be instrumental in helping them grow as leaders and entrepreneurs. Here’s how Ola is creating an entrepreneurial culture with its specialised learning programmes.

TikTok’s owner ByteDance has confirmed plans to produce smartphones after entering into a partnership with device-maker Smartisan Technology. The Chinese company’s plans to go beyond news and internet sensation apps became apparent when it began investing in other sectors. ByteDance also hired several staff members from JukeDeck, a London-based startup.

Flytta can be a one-stop solution for all relocation needs

To make relocation a hassle-free affair, and digitise the complete process for its customers to maintain transparency, Flytta was started by Rahul Kanuganti and Gokulavasan Murali in Bengaluru in 2016. According to the founders, Flytta’s interactive and intuitive suite makes relocation easy by stitching together a host of services to monitor relocation by giving easy access to tech-infused tools.

Score Foundation is leading the blind towards success

With an intent to help people with visual impairment lead a normal and fulfilling life, George Abraham (60) founded the Score Foundation in Delhi in 2002. The foundation has been actively working with all the stakeholders in the society to sensitise, educate, and empower individuals about blindness.

Riding on the growth of the online home décor market, Bengaluru-based Bonito Designs is gearing up for a long inning. In a video interview with YourStory, the founders reveal their goal for this year: Rs 50 crore in revenue.

From Patna to IIT to Razorpay - Shashank Kumar's journey

In 2013, India did not have a homegrown payments solution for small businesses while US-based PayPal was struggling with regulations. All that changed in 2013 when two IIT-Roorkee graduates founded Razorpay, the country’s first payment gateway for startups and small businesses.

Invasive procedures are painful and involve a lot of risks. And easing the procedure for patients and making cancer detection more accessible and affordable is Hyderabad-based biotech startup Oncophenomics. Started by Shibi Chakravarthy, the startup has come up with a liquid biopsy test to detect cancer.

Rivigo granted US patent for its driver system

Gurugram-based logistics startup Rivigo on Tuesday announced that its driver relay model has been granted patent rights by the United States Patent and Trademark Office (USPTO). The startup claims it is the first Indian company to be patented by the US for differentiated technology that makes the logistics industry more efficient.