Here are 5 stationery startups feeding your love for pens, paper, and journals 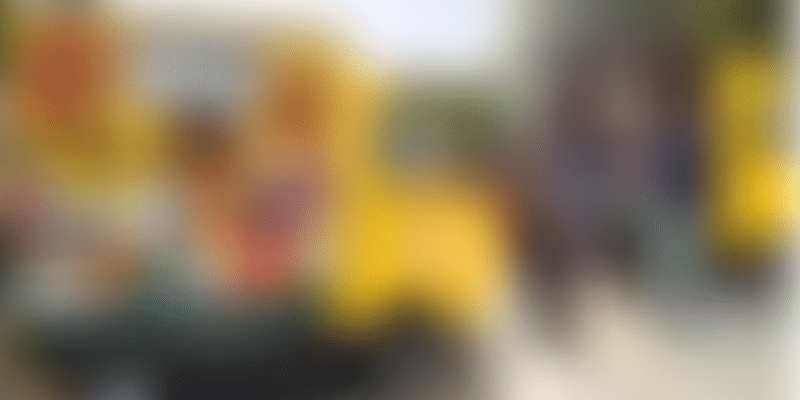 From office supplies to personal journals, a look at five startups that are pure pockets of stationery heaven that can help you unleash your creativity and boost productivity.

For those who love stationery, there is no such thing as enough paper and pen products. At the workplace, stationery can help you stay organised and boost productivity. Journals also help you pen down your thoughts or keep track of habits and your schedules.

Crafting products let you unleash your creativity and art journals are great stress busters and even recommended by therapists for anxious minds. But, let’s face it: you don’t really need a reason to buy stationery, do you?

Launched as a pilot project in Noida in 2017, Stationarray came about when founders Humrahi Jain and Smita Singh noticed that the stationery, books, and gifts sector was highly unorganised. Their startup aims to change that by using trucks for promotion, display, and sale.

With a planned itinerary, the Stationarray trucks are stationed near schools once a week and in housing societies once every 10-15 days.

“The fact that these trucks are there temporarily ensures that our customers hurry up so as to not lose the opportunity of buying products,” Humrahi told YourStory in a previous interview.

Prior to this, Humrahi had worked at several companies including the India Today Group, Radio Mirchi, and the Times Group in the marketing and product divisions. And his co-founder Smita Singh is a practising lawyer and a social worker who brings expertise in both marketing and legal to her work.

Founder Ajay Batra was a chartered account with over 20 years of experience and started this venture out of his love for buying notepads and memo books. During his trips abroad, he found that while beautiful, stationery products tend to be on the expensive side. So, he used his family-owned printing unit for the digital processing and then set up a manufacturing unit in the Okhla industrial area in South Delhi before the launch.

Initially bootstrapped, the stationery startup sold around 100,000 units that is worth Rs 2 crore in less than a year. myPAPERCLIP products are sold at a number of stores, including Sapna Book House, Om Book Shop, William Penn, Crossword, and StarMark.

Founded by Sharad Jaiprakash, the startup is a platform to source every stationery need for workplaces: office supplies and paper products, gifts, awards, T-shirts, housekeeping, laptops, ACs, even furniture.

A BBA graduate, Sharad is an IIM-C alumnus who has worked at GE in supply chain and Wipro for about a decade. The startup received its initial investment of Rs 30 lakh from Arkarise Business Solutions.

Creating a seamless process online, the startup’s clients can register online for the service and they will get a relationship manager who will look after services across verticals for their daily needs.

Founded in 2013 by Asokan Sattanathan, Rajaraman Sundaresan and Harish Kannan, Chennai-based Aahaa Stores is a business-to-business (B2B) platform for office supplies. In the corporate world, this kind of office supplies are tagged ‘indirect spends’ and the company claims of saving 20 to 30 percent for offices in this category.

Don’t have? Just rent. Meet the 5 startups that are on a mission to disrupt India’s rental indu...

The startup helps manage the supply chain, bring collective bargaining benefits, and streamline vendor network for businesses. Before this, Asokan Sattanathan held leadership positions in supply chain and marketing across telecom, automotive, and engineering sectors. He has also been part of the boards of Airtel, Tata Group, and Eicher Group as well.

Last year, Aahaa Stores received $2 million in equity funding from Calega, an investment group based in UAE. In 2016, it raised about $1 million, as part of its pre-Series A funding round from a group of investors led by YourNest Angel Fund.

When Sukriti Jiwarajka launched Chambers of Ink in September 2016, she had just one idea: introduce journals of superior quality to India, much like the one her friend gifted her when she returned from a trip to Ireland. Identifying herself as a stationery addict, Sukriti had studied economics and finance from Singapore Management University.

She approached the company Paperblanks and looked for an exclusive marketplace for fine quality stationery brands in the country. Since then, she has tied up with Paperblanks and others like Paper-Oh and Hartley and Marks.

In addition to this, the startup has introduced its own products created by trained designers depicting contemporary paintings and history of India. They are made using acid-free, sustainable forest paper and 100 percent recycled binder boards.