Meet the 'Maverick' behind India's biggest broking firm; Is Budget 2019 a chance to launch Startup India 2.0? 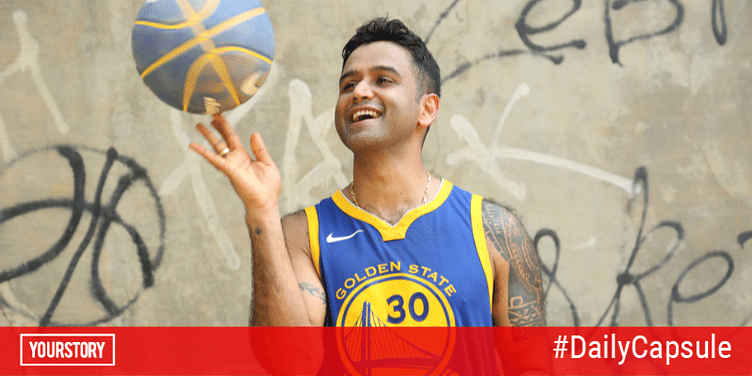 What does it take to build India's largest broker? What kind of work-life balance do you need to have to be that very person? Our featured Maverick, Nithin Kamath was introduced to the markets by his friends when he was 17 years old and traded in penny stocks. He dabbled his hands at trading stocks and took the biggest gamble in his life by starting Zerodha in the middle of a trading lull in 2010. Markets were in limbo after a crash the year earlier and most brokers were jumping ship to different things.

But none of that deterred Nithin. He kept going, kept building. Come 2019, the company currently has 1.5 million customers and 600,000 daily users and is building out its platform by investing in technology-driven financial startups, becoming India's largest broker in the process. In this week's Mavericks, we explore why Nithin bet big on the markets, his love for sports, and retiring to a beach shack.

This matchmaking platform helps the uber-rich find their significant other

When you think of accounting, finance, management, and economics, the first words that most likely come to mind are theoretical, boring, conceptual, and complex. But Hyderabad-based edtech startup IndigoLearn aims to change all that.

The maker of Trello software Atlassian opens office in Bengaluru

Sydney-based software developer company Atlassian announced the opening of its permanent office in Bengaluru. The maker of Jira, Bitbucket, and Trello software plans to hire 300 employees over the next year.

Started in 2012, Aindra has developed a point-of-care apparatus called CervAstra. The device can identify cancerous cells within a short period of time, with minimal human intervention.

New venture fund by former UST Global CEO Sajan Pillai will be launched on September 8 to promote startups, and will have a Kerala slant. The fund's focus will be product companies, primarily B2B.

Gurugram-based Bobble AI, that made smartphone keyboards cool for Indian language users, took on popular keyboard apps by Google and Microsoft with technology-led innovations. Now, the startup claims to have over five million DAUs, and is expanding globally.