This Independence Day, Indian startup founders reveal the freedom fighters who inspire them 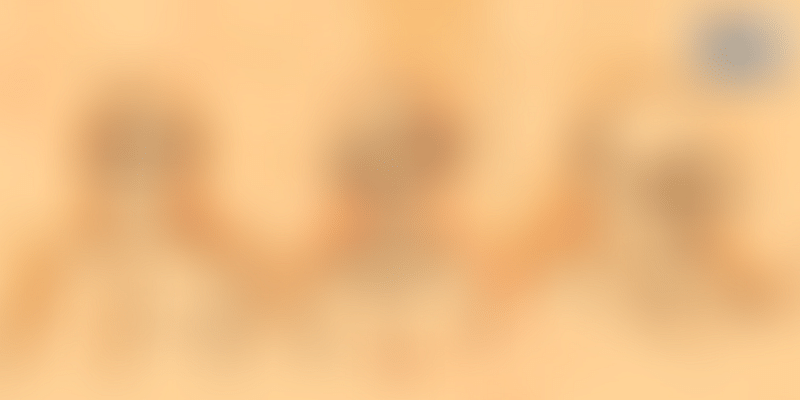 Mahatma Gandhi, Subhas Chandra Bhose and others have helped shape the ideals of many of the startup founders we spoke to, who also let us in on what freedom means to them.

It has been 73 years since India broke the shackles of colonisation to become the largest democracy in the world.

Freedom, however, is not absolute. It holds a different meaning in every individual’s life. For some, it might be finding comfort in a stable job. For others, it might be giving the corner cubicle a miss to start up on their own.

YourStory spoke to a few startup founders to understand what freedom means to them and the persons from the freedom movement who inspire them the most.

Doodhwala Co-founder Ebrahim Akbari is highly influenced by freedom fighter Ahmadullah Shah. Known as the Maulavi of Faizabad, Shah was a key figure in the 1857 Indian revolt, and despite the small numbers, defeated Colin Campbell twice in battle.

The ‘Lighthouse of Rebellion’ in the Awadh region has been credited with several clever movements, including the Chapati Movement, which saw the distribution of thousands of chapatis across Indian villages in 1857.

Ebrahim says, “The freedom struggle before the 1900s was destined for failure. Despite knowing this, brave men like Shah gave their lives and set the path for the revolutionaries to come. The sheer bravery in adversity is what’s truly inspiring about Shah.”

On what freedom means to him, Ebrahim quotes English novelist George Orwell, who said, ”Freedom is slavery”.

“When we think about the boundaries set by societal norms, there is a thin line between collective good and repression,” Ebrahim says.

The milktech startup’s team will be celebrating this Independence Day by dressing up as their favourite historical figure, followed by an educational discussion, and a quiz on Indian history.

Dockless bike-sharing platform Bounce’s CEO and Co-founder Vivekananda Hallekere has always looked up to Subhas Chandra Bose for inspiration. He believes that Indian startup founders have a lot to learn from Netaji.

“He mobilised the whole Army to fight against the British. That is how most of us startup founders work; we start from scratch and mobilise everything,” he adds.

“Netaji said, ‘Give me blood, I will give you freedom.’ We startup founders say, ‘Give us funding, we will solve your problems,’” Vivekananda says.

According to Rajan Singh, a former police commissioner and Co-founder of exam prep platform Concept Owl, Mahatma Gandhi’s idea of non-violence has never been put to use quite as effectively since the Father of the Nation advocated it.

“It is easy to provoke people into violence and equally difficult to ask them to not use force. Given the climate that is prevalent in the country today, there is a need for people to learn to tolerate points of views of other people,” Rajan adds.

For the entrepreneur, freedom has two aspects: freedom of living in a society, and the freedom one creates for oneself by carving out time for oneself.

“You should have the right to make choices that you want to make, both in your personal and professional life, without being hindered,” Rajan says.

He adds that he is struggling to emulate Gandhi and follow his teachings, but is not giving up on the goal anytime soon.

Online meat startup’s Licious Abhay Hanjura is a fan of Subhas Chandra Bose too, while his Co-founder, Vivek Gupta, looks up to Bhagat Singh for inspiration.

“Netaji has left a mark on all our minds as an exceptional leader who taught us the value of building an inspired team,” Abhay notes. He says that true freedom lies with oneself and that one needs to delve deeper and free their minds of all limitations.

Vivek, on the other hand, says, “Bhagat Singh was a fearless young man who showed utmost resolve in the face of adversities.”

Both the leaders provide us with invaluable lessons in courage, determination, and leading from the front, the founders quip. “And the value of accommodating everyone in your success as you continue the journey ahead,” Vivek adds.

Like every year, Team Licious will be celebrating Independence Day across all its offices. “Our delivery partners will also join in the celebrations at their respective hub offices,” Abhay says.

Kushagra Sinha, Cofounder and CEO of Assistive UI platform Jiny, is a fan of Mahatma Gandhi.

“He was a disruptive innovator. In an environment of violent subjugation, he disrupted the regime through disruptive ideas of nonviolence,” he says.

Kushagra is a firm believer of freedom of thought. He says that ultimate freedom lies in the fact that we free ourselves from our own fears and limitations. Team Jiny enjoys watching movies together and this Independence Day, they are planning to watch the movie Gandhi together.

“The second reason why he inspires me is that Mahatma Gandhi could achieve a scale that no one else could. His ideas of nonviolence and truth were so universal that they could be adopted even by illiterate masses. It's easy to stoke up fire in mobs, but to convince them to shun violence and still feel powerful is nothing short of a superpower,” Kushagra adds.

Independence Day 2019: North is North, South is South, will they ever meet?