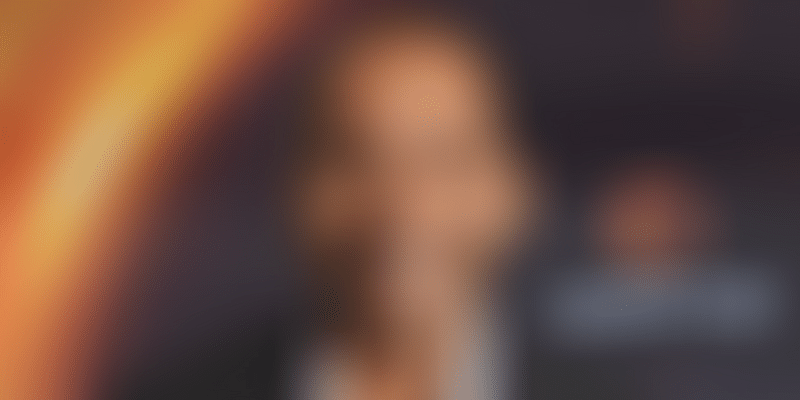 Serial entrepreneur Sunny Gupta, who faced only one job interview in his career, attributes his obsession for customer satisfaction to be the key driving force for his continued success.

Building four tech startup ventures in the enterprise software space and seeing equally successful exits, with the last one going up to $2 billion, has not dimmed the appetite of Sunny Gupta, 49, a Chandigarh-born entrepreneur who is based in the US. For him, the glass is still half full, and there is much more to accomplish.

While studying in the US, Sunny struggled and made his way up as he was financially on his own. He started his first venture at the age of 26, but it was soon sold to another company. And the pattern continued as both his second and third ventures were taken over by larger enterprises.

Sunny felt there was an unfinished business as companies were sold too fast, and he wanted to build something of substantial value with a long-term perspective.

And this happened with his fourth venture founded in 2007-  Apptio, which provides cloud-based Technology Business Management (TBM) software. The company raised $136 million, went public in 2016, and it was bought by a private equity company called Vista Equity in January 2019 for close to $2 billion.

At present, Sunny remains the CEO of the company along with the other co-founders.

In a conversation with YourStory, Sunny Gupta, Co-founder and CEO, Apptio, talks about his 23-year entrepreneurial journey. He says money should never be the focus, and that entrepreneurs should always focus on their customers.

Son of an IAS officer, Sunny went to the US for his undergraduate studies in 1989, and later completed his engineering. While in the US, he had to support himself financially doing odd jobs like cleaning dishes and shoveling snow.

And as he started working, very soon the boredom of a corporate job ignited his entrepreneurial spirits. “At IBM, I felt my career was going too slow and was not able to interact with customers. I felt the need to do something different,” says Sunny.

In 1996, he started his first tech startup, which focused on enterprise software. He didn’t take any salary for the first six to nine months. As they built the company, it was soon sold to Rational Software for $3 million-$4 million, and this business was in turn sold to IBM for a couple of billion dollars.

The pattern continued for Sunny as he left the company to start his second venture, which was acquired by a large enterprise software company called Mercury. But the third one was very defining for him. This venture was focused on data centre automation space, which raised capital had $2 million in revenue but was bought for $70 million in 2007.

However, the exit from the third venture did play on Sunny's mind. “I debated whether I should sell the company or not, but it was a life-changing event for me personally,” he says.

Sunny felt there was an unfinished business as companies were sold too fast, and he wanted to build something of substantial value with a long-term perspective.

It came in the form of his fourth venture, called Apptio, where Sunny felt he was ready as an executive and build a company, which could last a lifetime.

“Unlike my previous ventures, I decided to go big or go home and decided to raise as much capital as possible,” he says.

Amidst all the successful exits, Sunny has a very different take on money.

“Many think money is the motivation, but I can tell you having lived this life, if you are doing it for money, then it is absolutely the wrong motivation because 99.99 percent of days are really tough days,” Gupta says.

“As an entrepreneur, one needs to have maniacal focus on the customers that is unwavering,” he says.

For Sunny, customer validation is sacrosanct. “In my first venture, I got my product validated with only one customer, which was a mistake. But got wiser with our fourth startup where we validated it with 40 customers,” he says.

Sunny feels most entrepreneurs have a hard time admitting their mistakes, being a lot focused on the original idea, and not listening or morphing. “Sometimes this comes in the way of building a great company,” he says.

As a third principle, this entrepreneur always looked at how the glass is half empty. Though he prided on what they achieved, there is always a focus on things which are not working.

According to Sunny, the core focus for entrepreneurs should always be on acceptance from customers. Secondly, it is necessary to create a lot of mockups, which can be put in front of the customers to get real feedback.

As a third piece of advice, Sunny took the unconventional route where he would ask potential investors if they would write a cheque for the company they were planning to start.

“Sometimes advice is for free, but the real test comes if people would back your idea,” he says.

This is something critical when building an enterprise software startup. Never give engineers too much time to build the first version of the product, he says.

“What I learnt after my experience is that one needs to create the software in the first six months, something which I can go sell. It does not need all features but make sure it does enough,” he adds.

Sunny wryly remarks, “Technologists will take forever to build the perfect product, which no one wants to buy.” Citing his own example, he says, though he studied engineering, he never worked as a technologist.

As part of his entrepreneurial journey, Sunny also realised that companies were formed due to people, and it is important to have founders who have complementary skillsets.

His last piece of advice is around money. “My first company was bootstrapped, and it was very hard. Looking at hindsight, it becomes difficult to be successful and would have taken long. Capital helps you scale, provided you deliver results,” says Sunny.

He feels there is a lot of promise from the Indian startup ecosystem with talent unparalleled across the world with incredible promise.

Given the wealth of experience, Sunny also has gained certain life lessons. “All my mistakes were around people or talent. One out of three people we hire are going to be a mistake,” says Sunny. He feels it is better to let go of people early before it creates more damage.

The second aspect revolves around money. “When you get money and success along the way, it is awesome. In all my four startups, I did not get paid for the first year,” says Sunny.

According to him, the core focus should always be on solving critical problems of customers through software. “If the motivation is money then it leads to bad decision,” says Sunny.

When Sunny’s fourth venture went private, it was a big payday for him. But he gets upset when people ask him why he is still working despite being wealthy. “Our mission at Apptio is not done yet. This is early innings and the best days are still ahead of us,” he says.

Sunny’s final learning is that never fear failure. “Do not be afraid of failure. As an entrepreneur, one is going to see a lot of failure and without this one cannot get success,” he says.

In a startup’s journey, the highs are very high while the lows are very low, he says. “Continue to get up every day and make progress and learn. One needs to be optimistic.”

“The mental psyche has to be fearless, and as an entrepreneur, failure is not an option. One needs to keep going to the battle every single day,” says Sunny.