Funding: why are Indian startups taking to venture debt? 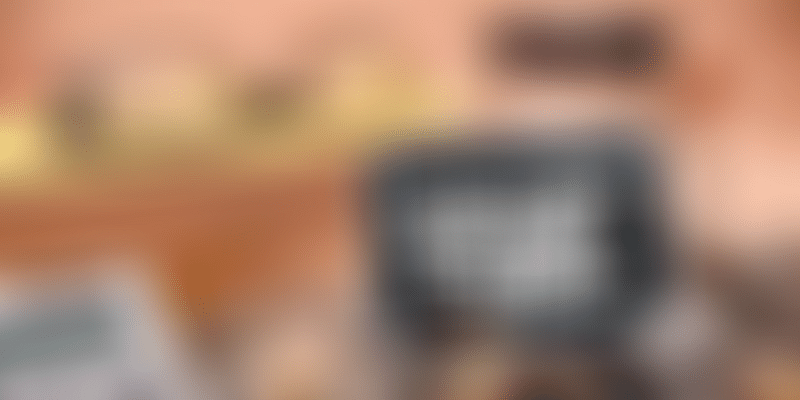 The concept of venture debt funding has started to gain traction in the Indian startup ecosystem with stronger firms emerging, and a greater number of startups opting for this route.

The Indian economy is in the midst of a liquidity crisis with financial institutions and corporates struggling to raise money. But the venture debt segment in the country remains immune to this, and has emerged as a strong financing route for new ventures.

Until recently, venture capital debt was not really the sought after source of funding for startups in India, but of late it has made its presence felt in the ecosystem. Venture debt serves various strategic capital needs of the startups and is often a less complex financial instrument.

The emergence of players like InnoVen Capital, Trifecta Capital, Alteria Capital, and the entry of individuals like Flipkart founders - Sachin Bansal and Binny Bansal - has only brightened this segment.

InnoVen Capital, owned by Singapore government investment firm Temasek, was one of the first entrants into the venture debt segment in India in 2008.

On the expansion of venture debt in India, Ashish Sharma, CEO, InnoVen Capital India, says, “One of the reasons for increased venture debt funding is the size of the ecosystem has expanded over the past three to four years, which in turn has resulted in larger opportunity as there is a bigger pool of startups.”

Venture debt funding in India has grown over the years. According to YourStory Research, the quantum of venture debt in India was $1.2 billion in 2017 with 47 deals and rose to $1.4 billion in 2018 with 62 deals. In the first seven months of the current year, it stands at $547 million with 35 deals.

The three main venture debt firms in India have a growing portfolio of startups where they have invested their money. These include the likes of Ninjacart, Bigbasket, UrbanLadder, Bounce, Vogo, Lendingkart, Swiggy, and Oyo to name a few.

The rise of venture debt

To illustrate the importance of venture debt, Trifecta Capital put out a case study of how it invested in online grocery retailer BigBasket.

As Bigbasket was expanding, the founding team wanted to avoid increased dilution as its existing source of capital was equity, which came at a capital cost of more than 30 percent.

Trifecta worked with BigBasket to structure a debt instrument that had a moratorium tailored to meet the cash flow needs of the company. As a result, the founders were able to retain a higher stake and could finance its capital requirements optimally with an appropriate mix of debt and equity.

Venture debt has also raised the interest of other investors. Alteria Capital, for example, recently closed its maiden venture debt fund at a corpus of $140 million with participation of investors like IndusInd Bank, Small Industries Development Bank of India, Azim Premji Foundation, and Binny Bansal.

In tandem with VC funding

The growth of venture debt as a segment in India also goes hand-in-hand with equity financing.

“Venture debt being successful depends on venture equity, which has multiple players in India. These India focused VC funds have a dry powder of $3-4 billion at any point of time, which is going into Indian startups over the next two to three years. For venture debt what is important is that startups need to keep performing well and they continue to attract capital, but that capital is clearly available.”

One of the key aspects of venture debt is that it allows startups to look at increased follow-on funding. And for most of these firms, many of their portfolio companies have grown and raised more capital, which gives their balance sheets capacity to take more venture debt.

As Ashish of InnoVen Capital says, “Founders and investors today are a lot more educated about venture debt use cases and finally there is more supply of capital.”

According to V Balakrishnan, Chairman, Exfinity Ventures, the typical scenario of why startups go in for venture debt is either due to their inability to raise equity financing or seeking growth capital for better valuation in the future.

“At Bounce, our entire fleet expansion is completely funded through debt. This strategic business decision has helped us remain asset-light and mitigate a certain amount of risk. Debt investments also serve as an efficient way to park capital. Across verticals, VCs and startups alike are going the debt fund route to better manage their investments as well as for faster translation of RoI.”

The structure of venture debt is also quite different from equity financing. Vinod says, “Startups generally buy some assets using the equity and debt funding, and we generally take that as collateral so that we are secured lenders, but those are marginal assets. But what we take cover is actually against equity funding.”

For example, if a startup raises Rs 50 crore of equity funding, a venture debt firm typically provides it with Rs 10 to Rs 15 crore of debt. If the startup is valued at Rs 200 crore, then the cover on enterprise value is 20 times.

However, for the startup to raise these funds, it needs to have the necessary ingredients like a strong founding team, execution capability and deep market opportunity.

According to Ashish, there are two elements in venture debt returns. One is the pure fixed income returns in the form of interest, while the other component is equity upside opportunity.

He says, “Interest rates vary based on the credit profile and can be between 14 to 16 percent. While we are secured lenders, most startups are asset-light. We, however, have a good appreciation of evaluating venture risks.”

Typically, venture debt enters into a startup when they have achieved certain maturity in terms of product-market fit and a scale. The collaterals for these firms are generally in the form of receivables, IP rights, etc.

However, there are lingering doubts about whether the ongoing liquidity crisis in the broader economy would have an impact on the venture debt segment in the country.

Ashish says, “While the startup ecosystem may not stay totally decoupled from the mainstream economy, there are reasons why the impact is limited. Unlike in the stock market, where inflows are volatile and hot money comes in and out, capital meant for startup investments is a long-term patient capital with a horizon of 8-10 years. That’s one reason why the woes of the real economy have not impacted the startup ecosystem that much.”

Even Vinod concurs with a similar opinion. “Most macro factors which have a role to play in most categories don’t actually play a huge role in venture debt. For example, there is very minimal correlation to the yield curve as we are not competing against banks or NBFCs.”

The future certainly looks bright for the venture debt segment in the country. Vinod says, “For the Indian startup ecosystem, the overall trend is quite positive. While startups are doing well, there is also dry powder available from an equity perspective. And coupled with the fact that venture debt is not a saturated market with significant headroom to grow.”

Ashish says, “Venture debt is a complementary form of funding available to startups that have raised some level of institutional equity. Money raised through venture debt is less dilutive and can optimise the capital structure. Companies also benefit by getting additional runway before they raise the next round of equity.”

Venture debt is expected to grow in importance in the days to come and startups can always look forward to this route to raise the required funds. Though, Vivekananda says, “The key is to find an investor who truly understands your business and the problem you are trying to solve. With sound strategy backed by a great product or service, a company can convert debt to equity in the long-run.”