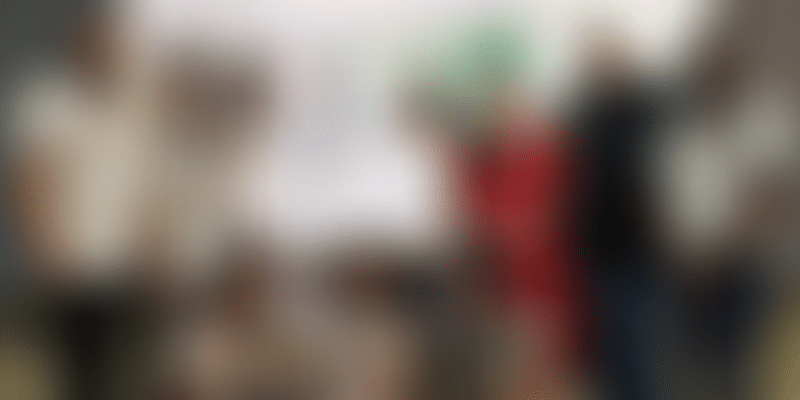 Six electrical engineering students from Coimbatore presented a solar-powered device at the Smart India Hackathon. The team wants to harness IoT and use sunlight to light up office spaces and reduce the reliance on electric power.

Electrical power is integral to our lives, but we often over-use it. To combat the excessive use of electricity, six electrical engineering students from Coimbatore turned to the sun to create a device that lights up building interiors. For their device, presented at the Smart India Hackathon at the nodal centre in Coimbatore, Team Techtrydan was awarded Rs 75,000 under the sustainable solution under complex category.

Team Techtrydan, from Hindusthan College of Engineering and Technology in Coimbatore, designed a device that channelises sunlight to create natural light. Harnessing the inexhaustible and abundant energy of the sun, they are substituting the use of coal for power with this sustainable solution.

Putting this idea and their engineering expertise to practice, the team made it to the Forge (Coimbatore), one of the 19 nodal centres for the finale of the Smart India Hackathon. Their sun-powered innovation uses the Internet of Things (IoT) to create sustainable office spaces by doing away with the use of electricity during the day.

A ray of light

The device, still not named, includes three main components. A dome is installed on rooftops to channelise sunlight through a highly reflective tube. The trapped sunlight is then spread across the room using a diffuser, which also blocks UV rays from entering the room.

“For a room of 200 square feet, a maximum of five such devices with a tube (150 mm diameter) should be enough. When we use five, a preferred pattern while installing the device is to put one each in the four corners, and one at the centre,” Vignesh explains.

To complement the process, window panes are replaced with a thin reflective glass to direct sunlight into the rooms. To regulate harsh sunlight, the team applied “iris mechanism”, which regulates how much light is passed through the window, similar to a camera’s aperture. Auxiliary LED strips powered by solar energy are attached inside the reflective tube.

"This will not only bring down energy consumption but provide visual comfort with natural sunlight, thus resolving some health issues too," the team says.

Once installed, the device will ensure ample light at a very low cost. The team says the device can be used in offices, malls, warehouses, factories, and apartments.

Aiming for a launch

The team spent around Rs 5,000 on the prototype, half of which was reimbursed by the college. Aiming to make the device more efficient, they encountered challenges like getting the right angle for the pipel, and deciding on the quality of the dome.

Prior to the grand finale, they used fish bowls for the dome. Now, after researching an alternative, the team is keen to replace the reflective tube with fibre optics to carry the light further. The team is keen to launch the product through an established firm, which can guide and mentor them on a suitable business model and pricing. Talks for the launch are on at present.

Being a part of the Hackathon helped immensely, the team members say. Team Techtrydan has proposed an idea for another government-initiated competition titled India Innovation Challenge Design Contest.