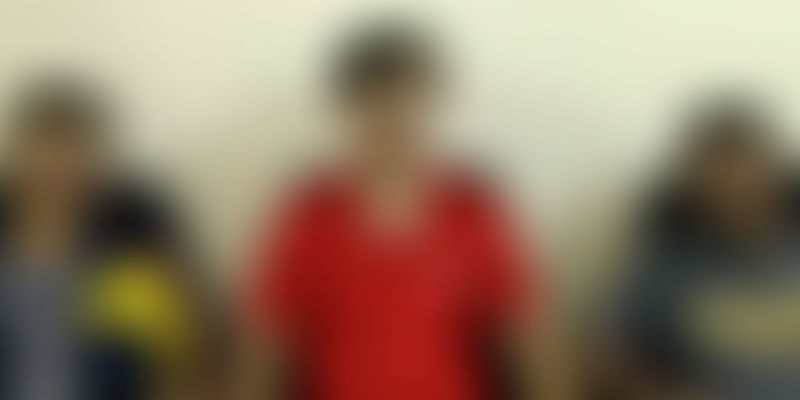 The Turning Point is a series of short articles that focuses on the moment when an entrepreneur hit upon their winning idea. Today, we look at Bengaluru-based bike renting startup Vogo, which has taken on the burgeoning traffic challenge in the city.

Indians love their two-wheelers. They’re compact, convenient, and cost-effective (especially when compared to their four-wheeled cousins). But Bengaluru-based bike rental startup Vogo wants to break up the love affair and ensure that Indians, who bought a whopping two crore new two-wheelers in 2018, make a U-turn towards rentals.

Founded in 2016 by Anand Ayyadurai, Padmanabhan Balakrishnan, and Sanchit Mittal, Vogo is a dockless bike rental service that lets you pick up a scooter from anywhere and drop it off once you’ve reached your destination.

All scooters have Internet of Things (IoT)-enabled sensors that allow customers to access the bikes without a key or any human intervention. All they need is the app.

But what led the co-founders to the lightbulb moment?

In 2015, Anand had just moved to Chennai for a new job as a Business Head at Brainvalley Solutions. He lived about 15km from his workplace, and often had to use local trains and shared autos for his commute.

He recalls how much easier his life was when he had his own two-wheeler, and the control and convenience that offered him.

Anand says: “It was a fairly painful process and I strongly felt the daily commute could be simpler. My 'aha!' moment was on a shared auto ride to office, seeing scooters being ridden and parked across the street where my workplace was located.”

That auto ride led Anand to realise that bringing the convenience of a personal vehicle to the masses was one way to solve India’s high-scale commute problem. He and his co-founders launched with one scooter at a large college fest. Soon, people were asking for more scooters.

“We quickly added 18 more the next week and saw strong traction. That gave us the conviction to double down, and we set off on this crazy growth journey,” Anand says.

Currently operational in five cities and across 500 points, Vogo claims to have grown over 60x in the last one year and clocked three million rides. Vogo’s electric scooters work on swappable batteries; the startup charges Rs 3 per km. It is working with over eight vendors to increase the supply of bikes, and has big plans to scale up over the next three years.

Anand thinks they have barely scratched the surface, and is focusing on realising his vision to 'democratise access to personal transport' in India.

In June this year, the startup raised venture debt of Rs 25 crore led by Alteria Capital. In March, it had raised funding from Sachin Bansal. Other Vogo backers include Ola, Stellaris Venture Partners, Matrix Venture Partners, and Kalaari Capital.