From Bengaluru to Stockholm, how this entrepreneur charted his startup journey to the ‘Unicorn Factory’ of the world 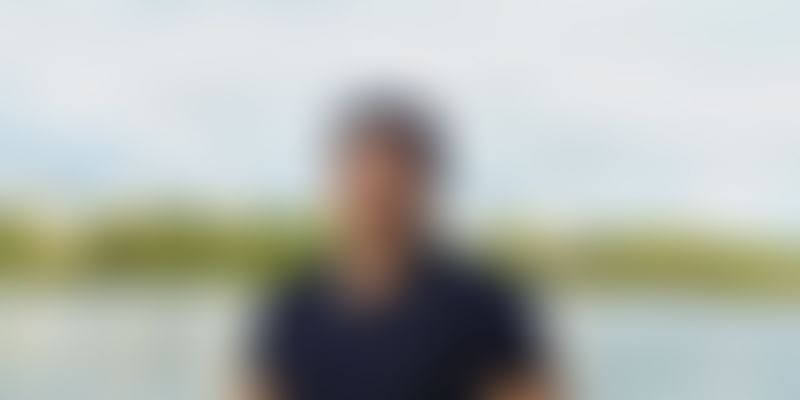 When entrepreneur Sanjeev Sharma moved to Sweden, known for its focus on innovation and sustainability, he knew just what to do. In 2018, the Indian entrepreneur launched his startup ExcelDots, which is at present using AI and ML to curb groundwater contamination.

When Sanjeev Sharma’s wife had to move to Stockholm for work (her employer telecom giant Ericsson is headquartered there), he decided to move base from Bengaluru and join her in the Swedish capital.

It was not an easy decision for Sanjeev, who was a director and a founding member of Bengaluru-based semiconductor IP startup Terminus Circuits, to uproot himself. But he moved anyway, in the summer of 2016, and continued to be a part of the startup remotely. However, a year and a half later, he decided to quit. This was after spending a total of five years with the company he had helped set up.

“The semiconductor business market in the Nordic region is rather limited. So, I thought, why not start something with which I can leverage the strength of the local ecosystem,” says Sanjeev, who had spent 10 years at Wipro as an analogue design engineer and project manager before Terminus Circuits.

He wanted to focus on innovation and sustainability, which Sweden is known for, and decided to base his new startup on that. In fact, Sweden is credited with being one of the most innovative countries in the world. It is home to the third-highest unicorns per capita, and often referred to as the ‘Unicorn Factory’.

According to  Sweden-India Business Council’s (SIBC) Secretary General and President Robin Sukhia, “This is not surprising since Sweden spends over three percent of its GDP on supporting research and development. It also has a robust system of integrated innovation ecosystem by bringing research closer to business in its triple helix model of innovation.”

The triple helix model of innovation looks to foster economic and social development through interactions between academia, industry, and governments.

Starting up in Stockholm

While the company is based in Stockholm, its solutions serve countries such as India, Bangladesh, Tanzania, Argentina, Peru, and Colombia, where underground water contamination with hazardous elements such as arsenic, manganese, and fluoride is a big problem.

“Our solution for automated lithological profiling of sediments helps arsenic mitigation at source, and enables researchers, policymakers, and consumers to use and share relevant data in a secure and scalable framework,” Sanjeev says.

The company is, in fact, working on a project in Bangladesh with UNICEF for “safe groundwater intervention, system strengthening and private sector capacity building”.

It is a Sweden International Development Agency (SIDA) funded project with KTH Royal Institute of Technology, Stockholm being the primary implementation partner. Along with KTH, Ramboll Sweden and ExcelDots are Swedish consortium partners executing the work. A team of 50 from various organisations from Sweden and Bangladesh are working on the project, with digital solutions being ExcelDots’ core focus area.

It is not uncommon for Swedish startups to have their primary markets beyond their borders. Stockholm-headquartered mobile app Truecaller, for instance, counts India as its largest market.

“While most India startups tend to look at the domestic market, Swedish startups have a culture of looking for global markets,” says Sanjeev. Robin Sukhia adds that the Stockholm startup ecosystem is well aware of the fact that India and China have bigger markets and they need to reach out to those geographies.

Revenue, funding, and the team

In its first year of operations, ExcelDots managed to clock a revenue of Rs 35 lakh. Now, the team is planning to grow the topline up to 10 times.

At present, the startup is bootstrapped with the co-founders’ personal savings. Sanjeev tells us that they have started talking to investors and hope to raise $2-2.5 million, primarily to focus on building its team. ExcelDots’ operations are managed by the three founders who met in Stockholm through Sanjeev’s wife Ruchi Verma’s IIM alumni network that doubles up as an Indian diaspora networking platform in the Swedish capital.

Pankaj, a Swedish citizen of Indian origin, still continues to hold on to a day job at Ericsson and has recently moved to Texas, US. Debraj is an IIM-Ahmedabad alumnus based in Stockholm.

Sanjeev is the CEO, Debraj the CMO, while Pankaj is responsible for strategy development but holds no other title owing to his day job.

Having been a part of both the Bengaluru and the Stockholm startup ecosystem, Sanjeev believes that the latter has an advantage when it comes to engaging with big corporates and in procuring bank finance.

“Out here, there is more openness among big corporates to engage and collaborate with startups. And, access to capital from banks is easier here, which is a big pain point in India,” he explains.

Tyler Crowley, an American consultant who has been instrumental in developing the Stockholm startup ecosystem for the city government, concurs. “It is a fantastic place to start up, especially if you are in the fintech space. Here, banks are friendly with startups, unlike in the US, where they are aggressive and adversarial,” says the man behind STHLM TECH MEETUP, Europe's largest monthly startup event, and STHLM TECH FEST, Scandinavia's largest annual startup event.

However, in terms of setting up and running a startup, there isn’t much to choose from between Bengaluru and Stockholm. According to Sanjeev, India has improved considerably on that front.

Sustainability startups are booming in Europe, especially Stockholm. There are more than 100 accelerators in Swedish capital such as Norrsken, that are focused on promoting sustainable startups.

According to the Global e-Sustainability Initiative (GeSI) and Accenture Strategy, digital solutions that help achieve sustainable development goals (SDGs) can provide a total of $11.1 trillion economic benefits in 2030 for a broad set of industries. The Information Communication and Technology (ICT) industry, for instance, could profit from $2.1 trillion additional revenues in 2030 only from these digital solutions.

To tap into this opportunity, ExcelDots' immediate plan is to expand its product ASMITAS globally. Speaking on the startup’s roadmap, Sanjeev says, “We are discussing new projects in Tanzania, Peru for ASMITAS pilots. We are also looking for extending our solutions to other industry verticals. Sustainable mining is another business area where ExcelDots will be playing a key role in handling toxic materials identification and mitigation in mining waste. We are also planning to offer ICT services in CSR (corporate social responsibility). In this segment, we will help companies in their sustainability initiatives and provide solution/data for integrated reporting (non financial reporting).”

In terms of setting up a branch in India, Sanjeev says, it is high on the priority list since the country is of great strategic importance. “The Indian government has a strong commitment towards safe water access for all. We are planning to open an Indian branch next year to cover the South Asian market,” he says.

India, with its strong knowledge pool in software skills, is at a great advantage to tap into the $2.1 trillion opportunity. The country also offers a testbed for SDGs and thus, the future digital solution market potential here is “very high”, according to Sanjeev.