Meet the Mavericks: The tech entrepreneur who quit Silicon Valley to build an AI retail disruptor in Chennai 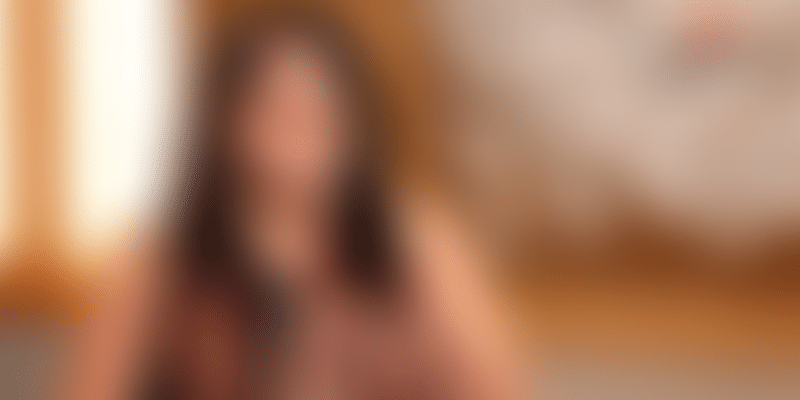 Do the different. YourStory’s video series Mavericks gives you insider access into the lives of some of the country’s most successful entrepreneurs. In our seventh episode, we bring you the unconventional journey of Ashwini Asokan, a tech entrepreneur who left Silicon Valley to start up in Chennai.

“We wanted to teach machines how to look. And not just see, but actually observe, absorb, and be used for meaningful decision-making,” says Ashwini Asokan, the CEO and Co-founder of Mad Street Den.

For what is innovation but doing things differently? And as a woman in tech who doesn’t code, Ashwini Asokan certainly does not all the stereotypes.

At Mad Street Den, the AI startup which she launched in 2013 in Chennai along with her husband Anand Chandrasekaran, Ashwini fills in the shoes of the CEO (with her husband as the CTO). The company – MAD in MSD stands for Mind Able Devices – specialises in computer vision and artificial intelligence in a bid to build models of generalisable intelligence on scale, which can be deployed through meaningful applications across industries to billions of people across the globe.

In 2016, Ashwini and Anand launched Mad Street Den’s first flagship vertical, Vue.ai, an AI product that was built after years of extensive research on the practical applications of the technology and has since then proven to be a retail disruptor. From Indian retail major TataCliq to global retailers like Mercado Libre and Macy's, Vue.ai currently boasts a rich clientele.

It almost seems like a natural progression of events for Mad Street Den, and the brains behind the startup. But ask Ashwini about this and she is quick to point out that it’s not really the case. The tech entrepreneur had never foreseen this path. Her heart was, in fact, set in a completely different direction.

“I was almost certain that I was going to be a professional dancer, a singer, or a musician. But something changed, something snapped. And I moved to the US and started a career there in product design,” the Founder-CEO quips.

Life in the (Silicon) Valley and the tryst with AI

From retail to defence and healthcare to fintech, the use of AI today is widespread across industries and verticals. And Ashwini’s brainchild, Vue.ai, which is an end-to-end retail automation platform, is certainly one of the pioneers, using AI to establish their brand and presence in the retail sector.

But rewind a decade or two, and AI was perhaps the farthest thought on her mind. Ashwini, then an undergraduate at Chennai’s MOP Vaishnav College, was training in dance. And when she decided to abandon her pursuit of becoming a professional dancer, she was US-bound, pursuing a career in product design and movement grammars at Carnegie Mellon, a move that would eventually land her at Intel.

“It's a very large organisation,” she recalls of the time with Intel, when they were still trying to figure out how to be a platform company. “I think those were some of the best times to be in the company because there was so much to do and so many new bets,” she adds.

At Intel, her role as a product designer meant working with a host of different business teams, including anthropologists designers and human-computer interaction (HCI) teams. In fact, towards the end of her career at Intel, she was leading a team building different types of mobile products with AI at the core. “That's how I got interested in AI to begin with,” she tells us, adding, “There came a point 10 years into my life at Intel where I just knew I was ready. I'd just been waiting and I just knew I was ready to start our own company.”

The husband-wife duo – Ashwini with her product designing years and Anand with his experience as a neuroscientist – started brainstorming. The next thing they knew, they were wrapping up their life in California in hot pursuit of the entrepreneurial path in India.

“I'm not sure it was one of my proudest moments, but to be honest with you, I still love that we made the decision,” Ashwini shares.

“We call ourselves a retail disruptor. Even though we work with fashion, we also work with furniture, home goods, and other adjacent categories,” Ashwini says.

While MSD’s portfolio included gaming, adtech, and analytics companies, the startup’s breakthrough was building a disruptive tech platform in 2016 that was capable of transforming the fashion retail sector. Vue.ai is an end-to-end retail automation platform that uses AI to automate many different workflows inside a retail organisation.

“Our question was very simple,” shares Ashwini, “Can I shave off 25-50 percent of your time? And our whole premise was instead of somebody sitting and seeing every image by image and doing this, we'll just upload your entire catalogue and our systems will automatically create all the data you need and give it back to you in whatever form you want.”

Built around this idea, the AI platform today combines seven different products to take care of retail processes along with category management, styling and outfitting, catalogue tagging, product discovery, 3D model generation, merchandising, cross-channel personalisation, and personalised marketing. It is a full stack that is deeply integrated into the retail business to help automate systems and create real value.

“Companies spend so many millions of dollars every year on mannequins, studios, model photography,” says Ashwini, “We walked in and said, okay, you know, we can actually generate either the human model or an image of the model… and visualise it in different skin and body types, and poses.”

By automating workflows and bringing in operational efficiency, the value proposition of Vue.AI and MSD is that they save retail enterprises valuable time and resources. So far, they have generated 600 million product tags, 1,000+ digital models, and curated over three billion outfits. The startup has helped generate 65 percent higher revenue per visitor and saved time of up to 30 hours per week per person. No wonder the proposition strikes a chord with retailers across the globe.

Starting with their first office in Chennai, Mad Street Den now has a physical presence across the US, Europe, and India with over a 100 employees who are a mix of neuroscientists, data scientists, computer vision experts, marketers, and designers.

The company works with major global retailers, including Macy's, Levi's, Thred Up, Diesel, and The Label Life and Tata Cliq in India. An association, which in turn has helped Ashwini and her team build a whole suite and even increase conversion rates by 180-200 percent. “Our technology is also highly patented; we have a pretty big pool of patents,” Ashwini adds.

No wonder then that Vue has traced its way to the investor’s good books. The AI startup recently raised $17.7 million in Series B funding with participation from Falcon Edge Capital, Sequoia Capital India, and Global Brain, a round that took the total capital raised to $27.5 million.

Moving ahead, though, the plan is to deploy the capital towards growing the team, focusing on the product roadmap, and scaling Vue’s existing customer base. After all, brand loyalty means little today and acquiring customers is perhaps the biggest challenge for retailers across the globe.

In Ashwini’s words, “It's an Amazon world… it's a jungle out there.” And Vue.AI by growing LTV (customer lifetime value), is helping retailers retain the customers they already have, and in the process helping them grow their revenue.

Ashwini Asokan, CEO of Mad Street Den, talks about AI in India and women in tech

Dispelling the terminator narrative to championing ‘women in tech’

Every technological advent causes a furore initially and the narrative around AI is no different. While some people associate fear with this technology – Elon Musk had infamously said that AI could create an “immortal dictator” – Ashwini chooses to focus on the positive side.

But as a woman entrepreneur in the AI industry, the battle is twofold.

Firstly, there is the question of viability and scalability as far as AI is concerned. Then the retail sector itself is tricky ground to tread on. Ashwini explains that when she started out the one thing that she was told time and again was that “retail is dead”, that there is no market here, that the technology will never scale, that it’s too flawed.

“It’s a really hard thing as a founder,” she says, “because you're always questioning yourself.” But the ability to shut down the criticism and the doubts, and focus on growing along this path is key.

Ashwini is also a champion of women in tech. To have gender diversity, diversity in talent, diversity in different disciplines, is not a difficult proposition, she says.

“There's talent everywhere. If we can sit in Chennai and build a computer vision startup out of this city and have 50 percent women in the company, anybody can do this anywhere,” she adds.

Not just through words, Mad Street Den has been exemplifying this philosophy in execution. Right from the CXO to the managers and entry level, the startup has been conscious in adopting a heterogeneous recruitment approach; something that Ashwini believes is now the DNA of her company.

Future of retail is entertainment

Ashwini strongly believes that entertainment is the future of fashion in the retail business. Retail companies, she feels, will have to generate content that people want to engage with. It’s cult behaviour. To put it simply, if tomorrow Rihanna wears and promotes a particular designer, you would probably want to invest in that label too; it’s the feeling of being a part of the fashion cult.

It’s all a part of the evolving narrative around fashion retail and companies “need to be agile enough to evolve and offer a fantastic brand experience”. Letting AI craftsmen like Vue take care of tedious tasks and the operational workflow helps.

“They don't need to do all the other stuff that machines can do. [The retailers] can go focus on building fantastic brands and experiences,” Ashwini says.

Her off-beat approach is evident in the very way she treats the market. As someone who went from being an aspiring dancer to a product designer and now an AI entrepreneur, it’s where she puts her faith: in doing things differently.

“We want to build real brains using software and hardware. We want to build prosthetics. We've got a lot of ideas in terms of where we want this road to take us and we will get there,” our maverick quips.