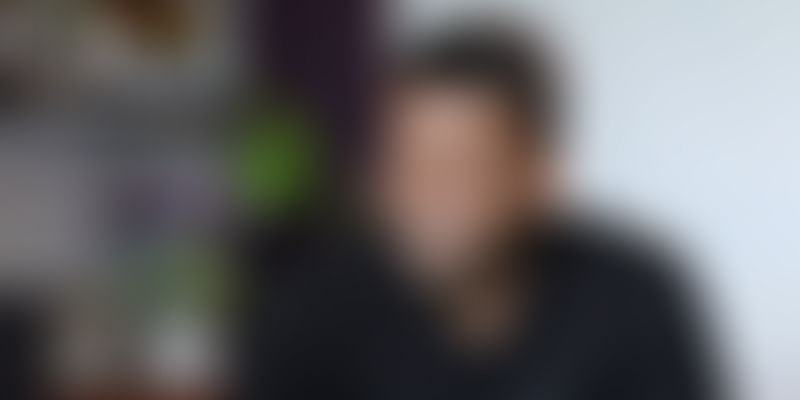 No guts, no glory. YourStory’s new video series, Mavericks, gives you insider access into the lives of some of the most successful entrepreneurs. In our sixth episode, we talk to one of India’s best-known entrepreneurs, Byju Raveendran, the Founder and CEO of India's only edtech unicorn.

“The real fun is not in creating a multibillion-dollar company but in changing the way millions think and learn,” says Byju Raveendran, the CEO and Co-Founder of edtech unicorn BYJU’S.

Today, BYJU’S is one of those instantly recognised Indian brands that is making its presence felt not just within the country but also internationally. The startup is India’s only edtech unicorn, and its founder is the newest member of the country’s coveted billionaire’s club.

With a recent fundraise – reported to be to the tune of $150 million – BYJU’S current valuation stands at $5.7 billion with CEO and Co-founder Byju Raveendran holding a 21 percent stake in the company.

Needless to say that the edtech unicorn has been on a funding spree – having raised $969.8 million from various venture investors so far – as it expands its presence across international territories.

In June, the company joined forces with US-based media tycoon Disney’s India arm to launch the Disney-BYJU’S Early Learn app for the domestic market. The specially curated app offers personalised learning programmes to children aged between six and eight while entertaining them with popular stories and characters from Disney classics such as Frozen, Cars, the Toy Story franchise and so on.

But the BYJU’S success story is not the result of one chance endeavour. The man behind the startup had a humble beginning.

A strong believer in self-learning, Byju grew up in Azhikode in Kannur district of Kerala. Unlike most city-bred entrepreneurs, he went to a Malayalam-medium school, and had an instant affinity for mathematics and science; the two subjects that also happen to be his strong points.

In fact, there is hardly any hint of hesitation when he candidly acknowledges his “average” English skills.

“The average English that I speak during this interview,” he tells us, “I learnt listening to sport commentary on radio. And maybe that’s also the reason I speak fast.”

None of these factors, however, have been a deterrent to his vision. Byju, who set out to change and transform the learning experience for thousands of students in India, has built a profitable edtech business. One forged with a simple ideology at its core: curiosity is necessary for learning!

Meet the Mavericks: Rejected by 100 banks, Razorpay Co-founder Harshil Mathur’s story is one of...

Teaching has always been close to me, says the BYJU’S founder. Given his natural penchant for this skill, Byju's opinion on the current education system won’t come as much of a surprise.

The self-taught tutor says that the faulty education system in the country is designed to create “obedient factory workers”, to ensure that people are compliant. This, Byju says, serves as a major deterrent to creative thinking. He even goes on to add that “once we leave school is when we start learning again”.

However, do not mistake this aversion for a dislike for schools. The problem, he suggests, is with passive learning in these institutional bodies.

“We need to make sure that students are not passive learners, but active learners,” he says, adding that BYJU’S and the various products they have built under this umbrella is an extension of this very philosophy.

Interestingly, it all started with CAT coaching classes. Byju, an engineer by degree, would come back to India during vacations and help out some of his batchmates with their preparation for the entrance exam. At the time, he was working overseas for a UK-based shipping firm Pan Ocean Shipping Ltd. What started out as an informal stint with just 35 students soon turned into something massive, garnering 1,200 students in just six sessions.

“It kept getting bigger and better. I started traveling and doing the sessions in nine different cities every week,” he says, “It used to be Saturday mornings in Bengaluru, evenings in Chennai, Sunday mornings in Mumbai, and evenings in Pune… and Monday to Friday, five more cities.”

“I was focusing more on teaching them how to learn rather than just making them solve hundreds of questions,” he adds.

That the format was working across the cities was amply evident. From packed classrooms, the teacher-turned-entrepreneur had to shift to auditoriums and eventually to large indoor stadiums, where he would be tutoring close to 25,000 students at once.

Passion to profession, the start of something new

It doesn’t take rocket science to figure the immense business potential that Byju's early CAT coaching classes held. Although, the edtech entrepreneur never started with a business plan in mind, the venture followed its own course.

In 2011, the company was officially registered as Think & Learn Pvt Ltd.

Better recognised by its brand name, BYJU’S – The Learning App (launched in 2015), the startup today is one of the few Indian companies that has witnessed 100 percent growth in three consecutive years. In FY19, they recorded a massive 200 percent growth.

Earlier this year, BYJU’S announced that it has tripled its revenue to Rs 1,430 crore in FY19, and also turned profitable on a full year basis. The key factors behind this growth in revenue were said to be “deeper penetration across India and significant growth in the number of paid subscribers”.

One reason the online learning app has flourished is also because of its diverse and distinguished content. The format of its video lessons is highly engaging, with a healthy mix of animation, gamification, and live action formats.

“It took us some time to figure out that right format for the right age group,” BYJU’S founder says. “Today, if you take a look at our product, you will see there is animation that aids teachers to help explain concepts in highly visual contextual format.”

The team took almost four years, starting from 2011, to create the kind of high quality content that is now available on the learning app, and build the brand that is BYJU’S. A unique platform, “not a cut-copy-paste model like others,” Byju quips.

In the past four years, since the launch of the online app, BYJU’S has grown from strength to strength. In 2018, the company achieved a major milestone, raising funding from Tencent and BCCL and becoming India’s 11th unicorn company with a valuation of more than $1 billion.

The funding spree was followed by a quick round of acquisitions – the startup acquired Bengaluru-based maths learning startup Math Adventures in July 2018, bringing on board the new team to become a part of BYJU’S content and R&D team. Asides from this, the edtech behemoth has acquired four more companies: TutorVista, Edurite, Vidyartha, and the latest being US-based Osmo. It’s currently betting big on its product integration with Osmo to take the brand global.

“Most of the investments we raised have gone into product development,” says Byju Raveendran, who has successfully grabbed eyeballs and become an investor’s darling in the startup ecosystem over the brand’s almost eight-year run.

From New York-headquartered equity firm General Atlantic to Chinese conglomerate Tencent, Sequoia Capital, and Mark and Chan Zuckerberg’s philanthropic initiative, BYJU’S counts some of the biggest globally recognised names today among its backers. In fact, the $50 million investment that the company raised from the Chan Zuckerberg Initiative was the internet giant’s first (and as Byju notes, their only) investment in Asia.

A clear indication of the company’s growth over the years is their engagement numbers. “Students spend more than an hour on the application on days when they log in. That's a clear indication that they like it or they are using it, but that alone is not enough,” Byju says.

So, to back up this growth story with facts and figures, the edtech entrepreneur has taken into account the annual subscription statistics. And as it turns out, BYJU’S has witnessed 80 percent renewal every year (the figured swelled to 85 percent last year).

“The fact that students who are in Class VIII are continuing with us when they moved to Class IX... that's a clear validation of BYJU’S effectiveness, because parents won't spend again if they didn’t see improvement,” he says.

Byju speaks the language of hard figures and facts. There is no doubt that he is a man of numbers; mathematics after all, is his core strength. And yet when it comes to the biggest validation, the CEO of BYJU’S attributes it to his core team; the eight members who started it way back in 2011 (and most of whom were his former students) and still continue to be a part of the edtech giant.

The idea, moving ahead, is to keep innovating and keep adding more subjects, more formats, more languages, and develop the learning material for more grades. As a brand, BYJU’S is already doubling its numbers every seven to eight months, Byju says. At this pace, it’s only a matter of time before the company takes over newer global markets.

“Our first set of international products is targeted at kids in the lower age group, between four and eight year olds, and it is what you will see us launching in the next few quarters,” he adds.

The ‘playful’ way to education

Ask Byju to define his brand in one word, and he says it’s an “education media technology company”. And it’s not difficult to see why. With content inspired by movie-like videos and games-like interaction, the learning platform has almost changed the way students consume educational content.

“Games” happen to be the keyword here! The billionaire CEO reveals that he wasn’t very academically inclined in his school years. A reluctant pupil, Byju would mostly spend his time outdoors playing football and cricket, a habit that has seeped into his adulthood as well. He says he indulges in table tennis nowadays.

These games, however, have a way of teaching lessons that can’t be taught in structured classroom environments. Byju says they are useful when it comes to picking up skills like patience and controlled aggression.

“It's when you play for fun you'll end up learning these skills, right?” he says.

It might sound like an all work (in his case maths, maths, and lots of maths) and no play world, but Byju has a sly sense of humour that peeks out every now and then. He reiterates to us, that maths is his core strength, something that he capitalises on for every important milestone in his life.

At times, it is for impressing investors while building a billion-dollar company and on a few occasions it’s for more personal reasons. Like impressing his former student, Divya Gokulnath, now his life partner and also the Co-founder and Director of BYJU’S!