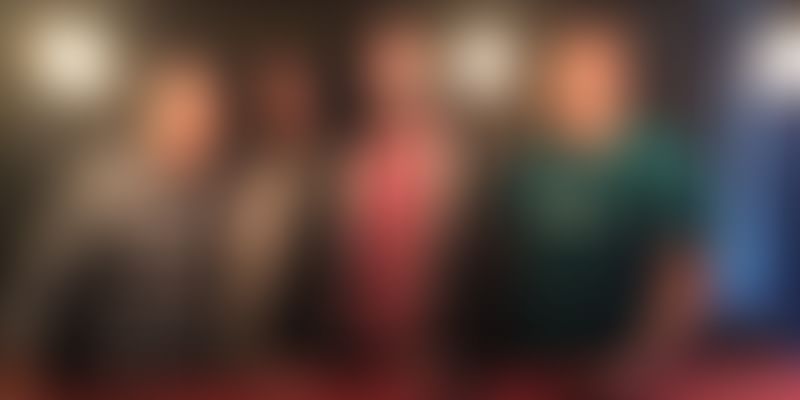 Austin-based Data.World makes data and analysis more discoverable, trustworthy, and actionable for companies. Breaking silos, the startup brings together employees of all roles, backgrounds, and skills, and allows them to collaborate.

If data is the new oil, the modern world presently seems engulfed in a massive oil spill.

It took industry veterans Brett Hurt, Jon Loyens, Bryan Jacob, and Matt Laessig a while to assess why most data seemed unactionable. Despite the glut, most data was not catalogued and did not translate into “clear, accurate, fast answers to any business question”. Most companies, they realised, were using a measly two percent of their data. Reason enough for the quartet, which has a strong background in social commerce and analytics, to launch Data.World. The Austin, Texas-based startup offers a modern data catalogue that aims to connect data, wake up a company’s hidden data workforce, and help build a data-driven culture.

“Not many realise the power of the open data catalogue, and because of that we could provide the best UX and UI for data capture, collective action, and insight,” says Brett Hurt, Co-founder and CEO of Data.World.

5 factors driving the growth of data analytics in India

After all, as Carly Fiorina, former executive, President, and Chair of Hewlett-Packard Co, famously said: “The goal is to turn data into information, and information into insight.”

Data.World began in 2017 as an open source community for data teams to bring their data and catalogue them into shareable and easy-to-understand spreadsheets. The platform also allowed users to share data and learn about their AI projects. The company did not want to disclose its investments. The founders had worked with each other in the past. Bryan was a VP of technology at HomeAway.com for a decade and Matt founded a couple of his own startups before working in HomeAway. Bryan and Matt met Jon at HomeAway. Jon had worked with Brett in BazaarVoice.

The need to catalogue data

The brains behind this startup include Brett, a serial entrepreneur with a billion-dollar exit to his name, and John, a software engineer who has worked in startups that had two billion-dollar exits. Both strongly believe that “open source data is the future”.

“Organisations realise they are spending too much time organising data rather than using engineers for the reason they were intended: to build machine learning and AI. The world has too many data janitors and data brawls," Brett says.

In Winning with Data: Transform Your Culture, Empower Your People, and Shape the Future, authors Tomasz Tunguz and Frank Bien write about the cultural changes big data brings to business, and expound on how companies can leverage data to maximum effect.

In every company, “even expert data analysts lose their bearings sometimes, which results in slow response times and inaccurate responses to teams' queries,” they write. The siloed pipeline can lead to data fragmentation, which has insidious consequences. “It incites data brawls, where people shout, yell and labour over figures that just don’t seem to align and that point to diametrically different conclusions,” they write.

Lack of consistency in data among teams means no one trusts the other’s point of view, and necessitates bringing in data janitors to clean up data. In such a situation, how can companies maximise their data?

The modern world is perched on a mountain of data. But, according to Oracle Corp, 98 percent of the world's data is not catalogued. It exists in billions of file systems, multi-cloud environments, and data stores – often unknown to the humans that created it.

The rise of artificial intelligence (AI) led the open source community to realise that they needed to organise data before it was possible to get any meaningful results.

Brett's learnings, in India, about the Vedanta philosophy and the way actions impact and influence a large circle positively led him and his co-founders to conceive Data.World.

The platform brings together employees of all roles, backgrounds, and skills, and allows them to collaborate. The startup’s knowledge graph, built on patented technology, keeps data connected to everything people need to find, understand, and use it. This makes data and analysis “more discoverable, trustworthy, and reusable”.

“We are a knowledge graph for the world of enterprises. The digital world cannot move forward without data being available in an easy format. Old BI tools and CRMs have not solved the cataloguing problem. Organisations need to find, understand, and use data, and that's where we come in for them," says Jon Loyens, Co-founder of Data.World.

Data.World allows organisations to quickly organise and export data without spending months cleaning it up. It makes close to 100 percent of company data available for algorithms to power learning about various trends.

Data.World has till now filed 10 patents for its data cataloguing technology. It has also has raised close to $45 million from a clutch of investors, and is growing slowly and steadily.

The data-driven startup does not disclose its revenue and user numbers, but it’s well known that it caters to Fortune 500 companies. The company charges on a per-seat annual licence. The 54-member team is expanding its sales and marketing across the world.

The startup was selected by CNBC for its Upstart 100 list of startups “on the path to becoming tomorrow's household names”.

Data.World’s largest open source community outside of the US is India. Indian engineers and data enthusiasts use Data.World to share their knowledge of AI and machine learning.

Brett, who continues to be a practitioner of Vedanta philosophy, believes that data is finally going to be used for the purpose of learning. In the enterprise sense, a company can understand the data assets it is sitting on and unleash its potential to scale.

According to Gartner, cloud-based businesses are worth $94.8 billion in 2019 and will go up to $143.7 billion by 2022. Their competition is Datameer, Qubole, Databricks, DataRobot, Datascience, BigML, MapR, Platfora, Simafore, and DataStax.

Data.World knows that going forward, businesses need to be data-driven, and it is working to help them achieve that goal. Corporate like Oracle are taking this startup to market and several other large cloud players are already in talks for global scale of data.

“The world of data has been in silos for too long. We need to get more people involved with data,” Brett says.