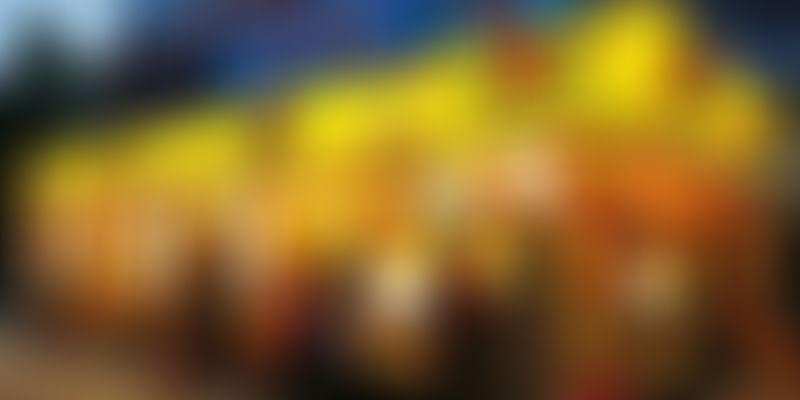 According to the firm, it will use the capital to further scale its operations backed with disruptive research and development to reach out to a larger consumer base within the country.

A large part of the funding in the current round by Tiger Global is primary capital into the business with a $3 million partial secondary exit to the Indian Angel Network (IAN), which registered an approximately 7x return from its investment in Wow! Momo Foods over four years.

Following the current investment from Tiger Global, the restaurant chain is now valued at $120 million (Rs 860 crore). The company said this was a significant scale-up from its earlier valuation of $42.19 million (or Rs 300 crore) valuation, which it had achieved after securing Rs 3 crore from Fabindia MD William Bissell in 2018.

Speaking on the investment, Sagar Daryani, CEO and Co-founder of Wow! China and Wow! Momo, said,

“From running a handful of kiosks in Kolkata to becoming a brand operating in over 15 cities, our ‘Make-in-India’ journey has come a long way. We are super excited and thankful in welcoming Tiger Global aboard and look forward to leverage their global connects, experience, and know-how. This partnership is indeed a big step forward in our endeavour to become an Indian-origin QSR chain with an aim to go global in times to come.”

Incepted in a garage by two students of St Xavier’s College with an initial investment of only Rs 30,000, the Kolkata-based startup has been dishing out momos and more, for over a decade now.

With 282 outlets of Wow! Momo and 11 outlets of its newest brand Wow! China spread across 15 cities combined, the company is now gearing up to notch further milestones in its growth trajectory. The startup had launched its sister brand, Wow! China, in March 2019.

The company is also looking at building a hybrid operating model - a mix of physical stores in prominent retail locations and that of cloud kitchens - to cater to its extensively growing delivery business.

“We are excited to partner with Wow! Momo. We believe the company has a strong leadership team focused on creating value through innovation and creativity. We expect Wow! Momo to continue gaining market share of Indian QSR,” said Scott Shleifer, Partner, Tiger Global.

Wow! Momo Foods Pvt Ltd is projected to get to revenues of around Rs 190 crore for FY20.

The company currently claims to be clocking a monthly revenue run rate of over Rs 15 crore per month and opening over 10 new stores every month.

The business intends to expand and grow its profitability to over 1,000 stores, reaching an annualised turnover of over Rs 1,000 crore in the next four to five years.

Starting from a garage in Kolkata, Wow! Momo has over 130 outlets in 9 cities