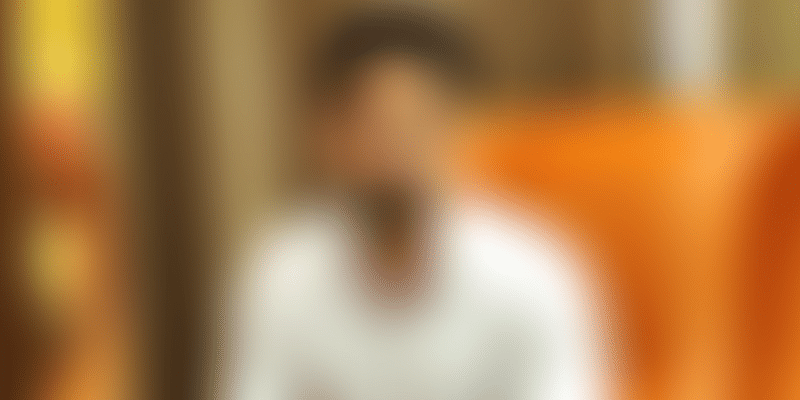 Started by five friends, Mumbai startup Moonstone Hammock provides a one-of-a-kind adventure tourism experience to campers across India. Their goal? To generate Rs 5 crore in revenue with their bespoke bell-shaped and floating tents.

Believe it or not, but millennials aren’t killing every industry out there.

While they might not be buying enough cars and choosing rentals over buying homes, this demographic is sure taking their weekend getaways seriously. In fact, among this young(ish) lot – basically the under-30s – camping is growing in popularity. Into the wilderness in a posh tent, glamping is the new-age travellers unwind routine.

While the Indian market is at a nascent stage, more than 70 million households in the US have camped at least once in 2018, according to a Forbes article citing the 2019 North American Camping Report. Unsurprisingly, the trend is echoed by Indian millennials who are giving planned itineraries and checklist tourism a break to indulge in “closer-to-nature” activities including glamping, camping, adventure tourism, etc.

The idea at the heart of the Mumbai-based Moonstone Hammock, interestingly, finds resonance with new-age travelling patterns. Inspired by the changing ways millennials and Gen Z like to travel, the startup curates a whole range of experiences and activities across four campsites located across India - in the scenic locales of Hampi and Gokarna in Karnataka, Rishikesh in Uttarakhand and Karjat in Maharashtra.

“While camping has been an age-old activity, today the simple outdoor activity has grown into a massive industry across the globe,” says the five-member founding team.

“Our USP is the whole vibe at the campsite. The whole itinerary is made in a way that it becomes an experience for you rather than just any weekend trip which sets us apart from our competitors,” the founders add.

TechSparks 2019: Fitness-vlogging duo breaks down the promises and pitfalls of influencer marke...

Bitten by the travel bug

For Pratik Jain, Rohit Dube, Abhishek Dabholkar, Megh Doshi and Pradeep Singh Chowdhury, Moonstone Hammock is much more than just a business venture. It is the culmination of a 14-year-long friendship, which started way back in 2006 when the founders met in junior college and found that each one was equally passionate about travelling.

“After various trips together, we were inspired by the idea of camping and trekking,” say the college friends-turned-entrepreneurs. “We wanted to provide a similar experience to people closer to home, especially in cities like Mumbai and Pune which are a potentially lucrative market, given their proximity to scenic getaways and camping spots,” they add.

In January 2016, these five friends officially incorporated Moonstone Hammock – a name carefully chosen to steer clear of the usual camping tropes yet immediately establish a mystical and memorable vibe. The camps offer various activities and experiences like kayaking, barbecues in the open, movie screenings under the stars, bonfires, access to swimming pool and live Bollywood music. Moonstone Hammock even has its own café with a section for a library and board games.

“In short, there is something for everyone,” says the team, dishing on their biggest highlight: The glamping tents (bell-shaped canvas tents with luxurious amenities) and the floating tents.

Soon, India will have a dedicated startup hub connecting entrepreneurs with VCs

Bootstrapped with Rs 1 lakh, Moonstone Hammock is an open-to-all kind of experience. Six-year-olds, 60-year-olds, solo campers, couples, groups, corporates and families, their clients are as varied as the adventures at their bespoke campsites.

“We operate during two seasons through the year – White Nights, scheduled from October to May and Sirmiri, scheduled during the monsoon, between June and September,” say the founders.

“The camps are open 365 days though the itinerary and the prices differ from weekdays to weekends during both seasons,” they add.

To stay in a glamping tent during the weekend costs Rs 5,000 per person, while a floating tent costs around Rs 3,500 per person while a regular ground tent can set you back Rs 2,900. Of course, for the same experiences, the prices dip considerably during weekdays. It is, however, an all-inclusive amount including stay, meals and activities.

“Corporate outings are a major revenue generator for us,” the founding team quips, adding, “Last financial year, we saw families accounting nearly 25 percent of new registrations, which was really a big thing for us. Because when families start coming in, you know you are doing something good.”

It’s been nearly four years since its inception, and the growth has been steady with an average retention rate of 10 to 15 percent, and new registrations growing at around 60 percent.

In India, the travel and tourism sector’s contribution to the GDP is estimated to increase from $234.03 billion in 2017 to $492.21 billion in 2028. Without a doubt, it is one of the biggest market segments and adventure tourism is a major subset of this industry.

The startup has been profitable since the first year, and it’s revenues have also registered a 2.5X growth on an average every year. Yet, eyeing bigger goals, the founding team is chalking out ambitious plans of expansion.

“We are currently scouting for new places, new campsites to expand to other parts of Maharashtra and India,” says the team explaining that with the addition of newer campsites, they will be targeting to achieve a revenue of around Rs 5 crore in the next five years.

“We are also looking at hiring like-minded individuals and making the Moonstone Hammock family bigger!” they add.

But above all, their focus remains on maintaining consistency

“We believe our campers have been the real revenue generators for us over the years. Hence, our priority has always been quality service.”