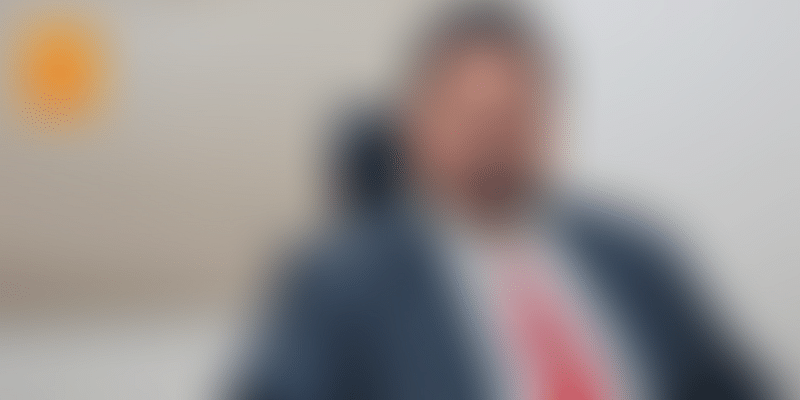 Deepak Nair, who is based out of Oman, decided to go back to his roots and amplify the tourism in God’s Own Country with his startup brand, KTExplorer.

It was January of 1985, and Deepak Nair had just celebrated his 17th birthday a few months ago. Life took a sudden turn as he was struck with a case of meningitis, the disease leaving him with severely impaired hearing and deep psychological scars.

The son of an Indian Army Officer, Deepak says, “After a month in the hospital, I was in no state to go back to college and had to drop out. I stayed at home for many months to recover.”

Still convalescing, Deepak decided to complete his education and signed up for a BCom from Osmania University, Hyderabad, and a Bachelor of Communication & Journalism (BCJ) from the College of Arts and Social Sciences, also a part of Osmania.

His career as a copywriter with stints at Bengaluru, Chennai, and Mumbai, before he got his first break with a boutique ad agency in Mumbai.

Today, Deepak is a serial entrepreneur, running IT and media enterprise Newway Technologies and Communications in Kochi, the company behind Kerala Travel Explorer or KTExplorer.

He also is the founder of InteracOman, an esolutions provider.

The move to the Sultanate of Oman

“I had spent nearly one and a half years in Mumbai, when my father’s friend arranged for a visit visa to Muscat, Oman. So, I landed there in 1992 to seek my fortunes,” says Deepak. Due to his hearing problem, life wasn’t easy for him. Not finding any opportunities for a copywriter, he took the jobs that came his way.

“Thanks to my army background, I could work in sales. But, due to another setback with my hearing, I switched back to journalism and worked in the editorial department of a leading publishing company in Muscat for a year,” recounts Deepak.

[Startup Bharat] Ex-Gojek exec teams up with restaurateurs to serve biryani with their Ahmedaba...

Starting out as an entrepreneur

In 1998, he was assigned the role of corporate and marketing communications manager in a company that worked with various IT hardware companies and brands.

Recollecting his experience, Deepak says, “With the encouragement of the then-general manager there, I took the initiative, set up a new division, and launched an advertising and website development centre, which had a new branding, ‘Interac’. We soon acquired a few important clients in the banking, automotive, and hospitality verticals. But, a year later, the group company was acquired and I got a chance to become independent.”

Taking the plunge, Deepak founded his venture in Oman, with the same brand of Interac, in 1999.

Initially, the going was tough. Deepak found himself thrown into the deep end, having to look into every aspect of the business and to ensure that money came in every month for salaries and other expenses. Talking about those early days of struggle, the entrepreneur says,

“I was entirely on my own and did not have a working capital to run the business. But, it was a great learning experience and I discovered all the aspects of running a business, including branding, sales, marketing, designing, accounting, and human resources. I successfully built a small team and we did good work. We still do.”

He adds that the company has made its mark in Oman by serving up consistent quality since 1999 and has developed over 400 corporate websites for clients. It has also developed mobile apps and is involved in branding, advertising, and publishing activities.

[Startup Bharat] Founders in metros should learn how to manage cash from peers in small towns, ...

Placing ‘Destination Oman’ on the map

It was in 2001 that Deepak got the idea to launch a tourism portal for Oman and successfully pitched his vision. Destination Oman was launched even before the official government website and succeeded in grabbing eyeballs.

Deepak says the portal registered traffic from across the world and the team received many tourist enquiries for information in the form of a booklet.

“So, I thought, why not create a booklet that would complement the website. My previous experience in publishing came in handy, and the ‘Destination Oman’ annual printed edition was launched in 2004 with a bit of fanfare. Since then, it has been coming out every year,” says Deepak.

Destination Oman is endorsed by the Oman Ministry of Tourism and over the years has become one of the most compelling brands of the country’s tourism. With that project serving as a launchpad, InteracOman has successfully completed many others across verticals and registered significant growth in the sultanate.

In 2017, wanting to do something in his home state of Kerala, Deepak got the idea for ‘KTExplorer’. Newway Technologies and Communications was born, and KTExplorer was set up as a brand magazine under it based on the same idea as Destination Oman.

The Kerala Travel Explorer is now distributed pan India through B2B channels and select outlets including premium bookshop chains. It also has a presence in parts of GCC for now. The magazine, in a cutting-edge digital version, is available for the worldwide audience on Issuu and the Magzter Digital Newsstand.

For sourcing the right talent for his first team, Deepak tapped into job portals like Naukri.com and Indeed as well as the Times of India classifieds. He says,

“Initially, I went through a series of HR challenges, as finding the right talent to execute your ideas is never easy, especially for a startup. It’s still a learning process, but I have overcome the initial hurdles. The total team is currently at eight.”

Deepak started Newway along with his wife, Preetha D Nair, and put in their limited savings as the initial working capital. He also appointed his brother-in-law, Colonel D Ranjit Kumar (Retd), as the principal adviser, who helped him find his feet and continues to guide him.

The revenue and business model

Deepak shares that KTExplorer has been generating sales revenue since its first edition in December 2017, but they are still trying to break even and achieve profitability. The team has so far seen Rs 15 lakh in revenue, with the magazine priced at Rs 100 a copy.

The advertisement pricing starts at Rs 25000 and goes up to Rs 1 lakh and more. The company’s key customers are the Kerala Department of Tourism and the Kerala Tourism Development Corporation.

Speaking of future plans, Deepak says that the team is looking to invest more in digital media, especially video stories, and work out sustainable digital revenue models. They also aim to launch an annual award ceremony to honour and recognise talent in the Kerala travel and tourism industry and expand the brand equity. One major plan is to extend offerings similar to KTExplorer to other south Indian states as well.

“The IT division of Newway is currently focussed on website and mobile apps development, branding and advertising, and digital marketing, and is also covering training across these activities. I travel between Muscat and Kochi every few months to spend time with my team,” says Deepak.

He shares that he wants to do a lot more in Kochi, and, having been bootstrapped all these years, the company is now looking for funding to develop and scale. He adds,

“We aim to become a sought-after destination for digital marketing activities. We also want to secure projects from abroad in the areas of website and apps development and thereby create new channels of revenue.”

[Startup Bharat] From Rs 7 lakh to Rs 3 Cr in revenue, this Ludhiana venture sells customised a...