These 5 startups are bootstrapped yet profitable, without having to seek venture capital 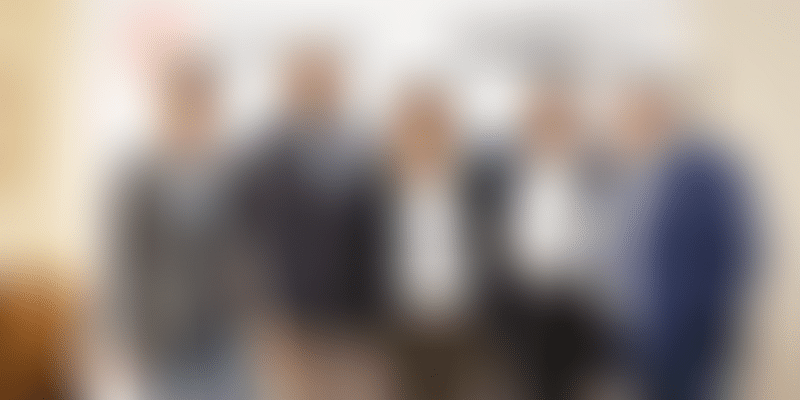 While scaling a business with venture money is convenient and gives quicker returns on investment for both founders and investors alike, there are those square pegs in round holes who take the other way around.

Ryan Holmes, the co-founder of Hootsuite, a social media management platform, once said,

Much has been spoken about glory when it comes to startups that scale at a rapid pace and size with the help of fundraising and external capital. It is not overselling to say that this mechanism leads to massive acquisition of users and data, with hopes of making profits and unit-economics positivity at a later stage.

These women entrepreneurs bootstrapped their startups to success

While the debate on whether this route is ideal never ends, there are a few bootstrapped heroes who silently achieved profitability, stability, and economic-positivity without having to raise any funding. While the allocation of liquidity and shares is a matter for another time, it is interesting to observe how some entrepreneurs turned their own tables around based on first principles.

Founded by serial entrepreneur Divyank Turakhia in 2010, Media.net got its exit to a Chinese consortium in 2016, for $900 million.

Later, Media.net made substantial investments in its business to build a comprehensive portfolio of advertising technology in the industry across search, mobile, display, native, local, products, and video. Its platform and products are licensed by some of the largest publishers, ad networks, and other ad-tech companies across the world.

Speaking about external funding, Divyank Turakhia once told Shradha Sharma, Founder, YourStory, that he didn’t look for funding because the businesses he built were profitable and didn’t need funding.

“Different businesses require different manners of funding. There are businesses that require funding from the very beginning, some much later, and some never,” said Divyank.

Claiming to have witnessed a 50 percent increment in the average salaries of its students, Gurugram-based Great Learning has been around in the market since 2013. With an aim to provide high-quality learning based on industry-relevant programmes, co-founders Mohan Lakhamraju and Hari Krishnan Nair bootstrapped the startup in 2013.

The edtech startup offers courses in business analytics, machine learning, artificial intelligence, data science, and cloud computing. It will soon offer training in cybersecurity, Internet of Things (IoT) and blockchain. Most of its users are mid-career professionals who have four to 12 years of experience, coming from diverse backgrounds like IT, BFSI, manufacturing, healthcare, automotive, NGOs, and government.

The founder says the startup is now profitable, and is in talks to raise funds with a couple of investors. The startup, which employs over 500 people, is targeting revenue of Rs 400 crore in the current fiscal.

"We have not raised money so far because we did not need it. Now we have new avenues of growth," Mohan says.

For 24 years, Sridhar Vembu, the Founder and CEO of Zoho, has spearheaded the software and CRM company, and made it profitable after bootstrapping. While there is speculation on how much revenue Zoho makes, Sridhar puts it to rest by saying that they crossed $100 million in revenue in 2010 itself.

He says one can 'work out the current numbers based on market growth'.

"It is important to raise capital to build a business. However, I often blame the 'financialisation' of the system. It creates an illusion of immediate success and thereby an unsustainable ecosystem. Even banks are giving loans without any measurable metrics. Finance is the most seductive mistress and several startups have been seduced by it. It is like a drug and its addiction destroys the patient."

Zoho counts Salesforce among its biggest rivals, and is now reportedly looking to expand operations in USA and Mexico.

Pallav Nadhani, the Founder of Fusioncharts, was an accidental entrepreneur, who was just looking for some pocket money. When he was 16, and bored of Microsoft Excel, Pallav thought of creating a better charting solution and came up with FusionCharts. Today, FusionCharts has some of the big names in the industry as its clientele, including the likes of Google and Apple

The company is an interactive software suite that facilitates engaging charts between web and enterprise applications.

His aim was simple – "Because I wanted money, I needed to build something that people would pay for. And the next challenge was naturally how to get more and more people to pay for it."

The model is based on licensing to sell the software. In the United States, Pallav and team had closed deals worth $500,000 only over the phone, without having to meet the customers. However, he says that the same cannot be replicated in India, considering the fact that customers have the habit of calling twice or thrice if they have to spend $200 or more on software licenses.

Started as a bootstrapped startup with a consumer antivirus product in 1995, QuickHeal has quickly evolved into an end-to-end cyber security solutions provider. With its clientele spread across retail, enterprise, SMB and governments, the company is leading the domain with its flagship products - Quick Heal and Seqrite.

Founded by brothers Sanjay Sahebrao Katkar and Kailash Sahebrao Katkar in Pune, QuickHeal has been a global player in cybersecurity for the past 25 years. In the early 1990s, Kailash realised that computers were eventually going to replace calculators and persuaded his younger brother, Sanjay, to opt for a bachelor’s in computers course.

India has been the primary market for Quick Heal, with more than 90 percent of its revenues coming from the sub-continent alone. The company raised funding of $12 million from Sequoia Capital only by August 2010.

Why bootstrapped startup MilkyMorning believes evening slots can be a game changer in micro-del...