TechSparks 2019: My disability has been an opportunity and a driving force, says Urvi Jangam 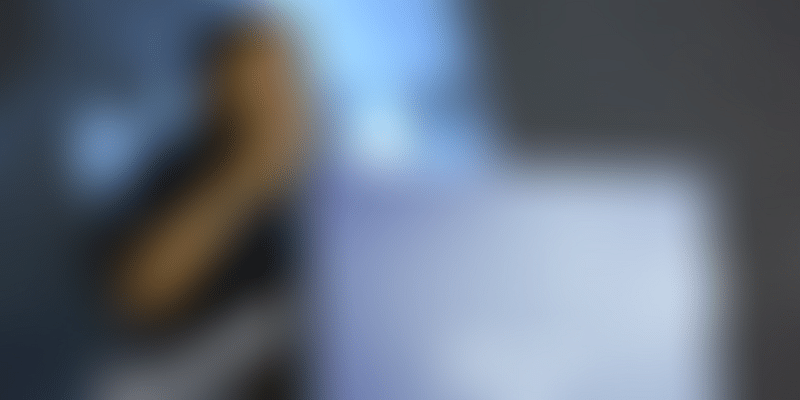 At the 10th edition of YourStory’s TechSparks, Urvi Jangam, the first visually impaired person to receive a PhD in German Studies, discussed leading a life with blindness and the challenges she experienced with academia.

Thirty-one-year-old Urvi Jangam was born blind. She lost her eyesight as a premature baby while in the incubator. But that didn’t stop her. Today, she has proved to be an inspiration to many people like her.

With a PhD in German Studies, Urvi is also the brain behind the new independent concept of aesthetic perception called ‘Adrishya Rasa’. It is the ability to perceive aesthetics without the visual sense by using the other five senses.

Defying all odds when it comes to giving the visually impaired a voice, she has proved her naysayers wrong - that people with disabilities can’t do as much.

At YourStory’s flagship event, TechSparks 2019, Urvi spoke about her love for education from a young age, the many challenges she experienced while learning the German language, and how the early support she received from her parents and teachers helped shape her into the person she is today.

“It all started with my journey as a child. I was born blind, and my parents are responsible for whom I am today,” Urvi said.

She said, her parents always ensured that she was at par with the sighted world, and never for a moment was she viewed differently or left behind.

“One of the earliest gifts I received by my parents was a pair of lovebirds. They wanted to ensure that I was treated as a normal child, and that I was exposed to this world. I had no restrictions whatsoever, I played like every child would, had a number of falls and scratches on my knees as any child would. This first experience of playing and having this fluffy bird, and getting bitten by it, exposed me to an aesthetic experience. That’s where it all started, and that’s how my aesthetic perception shaped through the years,” said Urvi.

Having completed integrated schooling, and being fairly a people person, she opted for the German language, something she was always keen on learning. Today, she is the first blind person in the world to have received a PhD in German studies.

Speaking about some of the early challenges she experienced while taking on this new language, she said: “It all started on my first day in college wherein I was told by the lecturer: “You are blind, and this is a foreign language, so you won’t be able to make it. Why don’t you opt for a regional language instead? You need minimum passing scores to scrape through the exams,” recalled Urvi. She was infuriated by the experience because the person judged her based on her disability.

“She had no idea of my school records, or who I was, and that was the point where I said I am going to do this! I am not just going to prove her wrong, but every single person who believes that disability could be a barrier,” Urvi said.

This being the motivating factor, she decided to continue with the German language, scored well in her junior college, and then went on to pursue it further from Max Mueller Bhavan, Goethe Institute, Mumbai.

The next hurdle Urvi faced was when she decided to study the language in depth. The challenge was not only learning something new, but it was also a challenge for the concerned teachers who hardly had any experience teaching visually impaired students.

“I had no command over braille, and so I had to find my own ways. I refused to learn braille because I didn’t want different treatment. I did not want to be set apart from other students on the basis of my disability,” recalled Urvi.

The first thing she needed to do was get access to textbooks, course books, and other materials, which were primarily visual. Often, the lectures were done through videos, slideshows, and pictures.

“My first hurdle was overcoming these visual barriers, to make it as accessible as I could. My mother ensured I was not left behind, and she recorded every single book and every single note, despite it being a tedious task.”

For better learning experience, Urvi recorded lectures and scanned the books, and also relied on her classmates to help her understand other media by describing pictures, explaining the slides, and visual games.

But again, there were other set of hurdles she had to confront, and this was the big leap - jumping from foreign language texts and materials to German literature and philosophy.

“In my first day of class, I remember we had to read and interpret a text by Johann Wolfgang von Goethe, the German classic writer, and this was a big leap I had to face alone, as my mother wasn’t there to help me anymore,” said Urvi.

“This was one of the major challenges I experienced as my software programme in English couldn’t really scan German books correctly. It took me at least six to nine hours to understand the book in context, edit it, correct every single word, and only then was I able to read the entire book. It was a hair-raising task, and daunting phase of my life, but I was not the one to give up. The more difficult the task was, the more motivated I was to go ahead, and my love and passion for German language and literature actually motivated me to go on,” said Urvi.

She completed her Masters in 2011, following which she received an international scholarship at the Eberhard Karls University of Tübingen, Germany.

“There was an international essay competition at the Department of International Literature. My text was selected among the top ten, and was published in a respective anthology. Following which, I received the opportunity to spend a semester at the University of Tübingen. It was my first journey alone, and I insisted to my parents that I would go overseas,” Urvi said.

Urvi’s time in Tübingen inspired her to come up with her PhD thesis topic, which she practices even today.

Speaking about the concept of ‘Adrishya Rasa’, Urvi said: “It is not only the concept of perceiving, not just with your four senses, but the experience should reach beyond your consciousness. How a person who is blind expresses his aesthetic point of view as far as language is concerned in a different way”.

Adrishya Rasa, from a time and spatial perspective, is again different because it is mainly auditory and tactile in nature, and it also involves a lot of imagination and empathy, Urvi said.

“Imagination in terms of how it not only serves as a flight from reality into a world of escape, but also serves as an important tool to fill in the missing gaps due to the lack of visual input, and to create a more beautiful world using your own imagination. And empathy in terms of our need to rely on description by sighted counterparts - be it parents, friends, life partners, or even complete strangers at times. That’s how this aesthetic concept came into existence,” said Urvi.

Going forward, Urvi plans to take Adrishya Rasa to an interdisciplinary level, and not confine it to the academia alone. She wants to make it a concept that is applicable in day-to-day life.

Urvi also spoke about the role technology plays in the life of the visually impaired. “We use technology - be it computers, screen readers, OCR, or even digital recorders, not just for academic purposes, but also to maintain our diaries and to capture other sounds in our surroundings or other auditory input. As blind and visually impaired individuals, for us life is impossible without technology, and we need more technological aids to be more prominent. We need more apps like Be My Eyes or NVDA screen reader, Urvi said.

She ends the conversation by saying:

“My disability is an opportunity for me, and has never been a hindrance. Of course, there have been highs and lows, but it is the driving force which has brought me to where I am today”.

TechSparks 2019: Be unreasonable if you want success in life and business, says CK Kumaravel of...