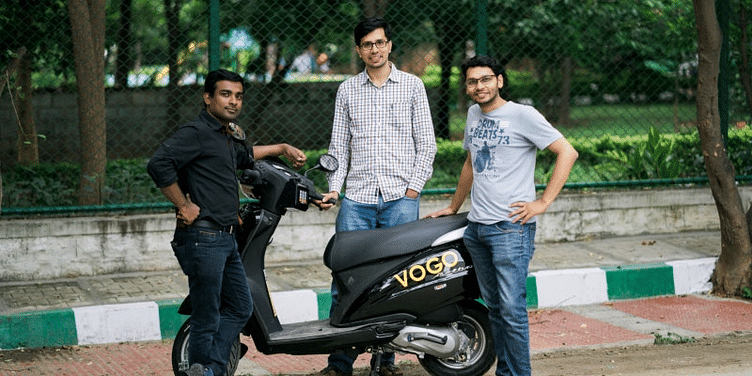 According to RoC filings accessed by YourStory, Matrix and Stellaris have invested Rs 10.62 crore each, while Kalaari Capital infused Rs 7.07 crore in the startup.

According to RoC filings accessed by YourStory, Matrix and Stellaris have invested Rs 10.62 crore each, while Kalaari Capital infused Rs 7.07 crore in the startup.

VOGO users can access scooters from designated pick-up-and-drop points, and drop the scooter at any other point in the city. In an official statement, VOGO said that it has leveraged its in-house hardware that is attached to the scooter, allowing customers to access the key without any human interaction and be on their way.

At present, it is operational in five cities including Bengaluru, Hyderabad, Chennai and across 500 other points. It claims to have served over three million rides on its platform. Users are charged Rs 5 per km for up to 12 hours.

Earlier in June, venture debt fund Alteria Capital invested $3.6 million in the company. It had earlier participated in VOGO’s Series A investment round.

Bike rental startup ONN Bikes is now revving up for its next big ride: electric vehicles