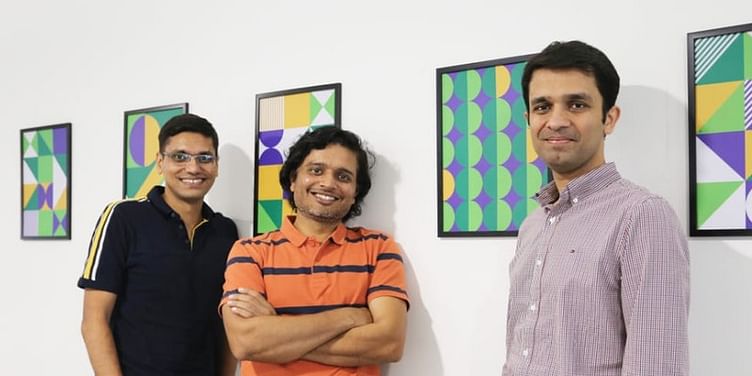 Bengaluru-based Treebo Hotels claims it will be profitable by 2021. Sidharth Gupta, Co-founder, Treebo Hotels, in a conversation with YourStory, explains how it has reduced cash burn by 80 percent, and is looking at different revenue moats towards scale

The need for a clean hotel room, with pristine white sheets, fresh toiletries, and a basic breakfast is something middle-class India has always wanted. It is to address this need that startups like Treebo Hotels began their operations in 2015.

Since its inception, Treebo has raised $57 million, and is backed by SAIF Partners and Matrix India Partners as investors. IIT Roorkee graduates Rahul Chaudhary, Sidharth Gupta, and Kadam Jeet Singh started up in the hospitality space focusing on the budget hotel sector.

The budget-hotel brand follows a full-stack model, where it ties up with hotel owners and runs their properties. In the past four years, the startup has seen its fair share of ups and downs, which saw lay-offs, and its fortunes plummet. In fact, last year there was market speculation that the brand was in acquisition talks with Gurugram-based unicorn - Oyo.

Treebo is believed to have fired close to 120 people with speculation of a funding round falling through. Treebo spent the next year with its head on the ground, working towards turning around its business, focussing on building a strong base by reducing cash burn and liability with a strategy to increase revenues.

While the company made a loss of Rs 114.94 crore in FY 2017-2018, from August 2018, the startup claims it has slashed its cash burn by over 80 percent. The team is also gunning towards doubling revenue growth, as per its Registrar of Companies (RoC) filings. Today, Treebo is slowly stabilising, and has one goal - profitability by 2021.

For this, Treebo had to shift to ensure a reduction of the cash burn in three ways - adding another source of income - Hotel Management CMS SuperHero to cater to hotels that are not Treebo branded, and removing minimum guarantee for hotel owners. Unfortunately, the layoffs were also a part of the cash burn that saw the brand in the eye of a storm.

“While the number of people we fired is undisclosed, it definitely was a number that made us uncomfortable. We however made the exit as smooth as possible with severance pays, and helping them with job connects,” says Sidharth Gupta, Co-founder, Treebo.

He recalls that when starting up, the team believed it needed super quick action, and therefore more people. Sidharth feels that this was one of the mistakes made.

Working around a competitive market

As with any startup, working in a hyper competitive market, mistakes were also made in order to grow and scale. The brands - Oyo, Treebo, and Fab Hotels, as new-age hotels, brought in a promise to transform the budget hotel experience using technology to bring in standardisation.

Today, a consumer can get a good standardised hotel within around Rs 3,000 to Rs 5,000 - Clean room, fresh sheets, spotless functional bathrooms, and a good breakfast. For Treebo Hotels they can get this in an average of Rs 1000 to Rs 3000.

Building strong tech and strong on-ground operations for a consistent experience is key in this sector as this is a capital-intensive business, which needs funding and continued effort and time.

In comparison to Treebo’s $57 million, OYO has raised $1.6 billion in total funding and is a unicorn with a valuation of close to $10 billion, and has the likes of SoftBank as investors. Fab Hotels, on the other hand, has raised $37.3 million across four funding rounds.

Yet, Treebo believes the funding numbers aren’t the only thing responsible for the company’s growth. Adding to this they also believe that funding doesn’t ensure marketshare.

“The budget-hotel market in India has matured in the past couple of years. Not only are consumers more aware and expect high-quality standardised service, hotel owners too have understood the value of tying up with brands like Treebo. Property owners realise that partnering with Treebo helps them maximise revenue and occupancy; so they can focus on running the property operations while Treebo takes care of distribution, technology, pricing, quality audits, loyalty programme management, etc”.

“Our value proposition and business models didn’t shift even with hyper competition and the so-called lull that everyone was focussed on. The number of properties working with us has increased by 100 percent. We have gone from 413 to 820 properties in a year.”

Always focussed on building a business with profits, while market dynamics didn’t allow that earlier, today that is the single-most objective. Reducing cash burn is the first step towards that.

OYO calls China its second ‘home’ market. It has 3.2 lakh reasons to say so

“We did a couple of things. The first was to become rational with the commercials on which we work with our partners. There was a time we used to offer minimum guarantees (MG) to hotels for joining us. In the past six months, we have completely moved away from MG. Today, zero percent of our new signups happen on MG,” says Sidharth. He also explains that earlier the quantum of MG would be close 40 to 50 percent of the occupancy.

The challenge with MG is that even if there are a few properties, the company ends up losing money on MG. Such losses can show up irrevocably on the P&L.

Citing an example, Sidharth says, “Let’s say, you guarantee Rs 100 revenue to a property and actually end up doing Rs 100, you still make a commission of 20 percent, because the revenue made is the same as what you guaranteed. But if you actually do not make the Rs 100 you guaranteed, and make only Rs 80, you still have to give the hotel owner Rs 100, because of the guarantee.  That deficit of Rs 20 will have to be paid. And even if you’re taking Rs 20 as commission, net-net, you haven't made any money. So, in a minimum guarantee scenario, you will be at a higher risk in case business is low. And that is evident as both a loss and risk on the P&L”.

Turning the office into a profit centre

The team’s focus is on increased revenue generation, And with office space being a major cost, it claims it has been able to turn it into a profit centre.

“We are probably the most profitable coworking company in the country today. It isn’t because we have a coworking business, but because we had this large office, and a lot of spare space. We have now sub-leased a large part to other companies. To the extent that we actually make a positive rent income from it, as opposed to paying rent,” says Sidharth. The team leases on a per workstation basis.

Apart from reducing cash burn, the focus was to rationalise distribution spends. Sidharth says they now rely much more on free traffic through the website. A similar impetus towards product-based marketing draws traffic, and reduces marketing expenses.

“We have clients who give us Rs 70 to 80 lakh business per month at one end of the spectrum and businesses worth Rs 5 to 6 lakh on the other. Currently, 30 percent of the business comes from corporate clients,” says Sidharth emphasising that corporate sales is a huge focus now.

Superhero is Treebo’s hotel management SaaS platform, which is open to other hotel owners as well. A one-stop shop for an independent hotel to access the key pieces of technology, and services, it helps an independent hotel succeed without necessarily branding it as a Treebo property.

From operations, sales, and technology, it also assists the owner with hotel management technology, channel managers that allows for third party distributors, a machine learning-based revenue management system and a pricing engine.

Launched in August 2019, the team already has over 300 properties on the Hotel Superhero model across the country.

“We provide the services of our floating general manager (called quality managers) who are qualified hospitality professionals on the ground that provide training, quality audits, intelligent data and reporting,” says Sidharth.

“You will see two types of properties on Treebo’s website. You see there are some called Treebo XYZ that come with a 100 percent quality guarantee. Then there are independent hotels not under the Treebo branding that are relatively low-priced,” says Sidharth.

Superhero’s additional revenue generation engine and not a business pivot, Sidharth adds, “For a variety of reasons, when we give our brand name to a hotel, we are selective. But in this model, we don't have such limitations,” says Sidharth.

According to RedSeer Research, the mid-segment hotel market is believed to be $4 billion, and is growing at an average of 17 percent, annually. Last year, the hotel tech industry saw a quarter-on-quarter growth of eight percent in the number of rooms booked. The gross booking value also increased by two percent, the study revealed.

In the report, Ujjwal Chaudhry, Engagement Manager, RedSeer Consulting, says, “Adopting a fulfillment-led business model with strong operational capabilities is becoming increasingly important in the mid-segment hotel industry. The right value proposition to property owners and customers, expertise in technology to transform customer experience and strong distribution capabilities is what gives a player the right to win”.

The big question is - Can Treebo compete with the likes of Oyo which is cash rich? Tarun believes this to be true as the market is large,

"The budget-hotel segment has never been a winner-takes-all market. Even with several players, the market is still largely unorganised with a lot of headroom to grow. Different players are focused on different customer segments and price points.”