Here’s how Amazon is partnering with kiranas for deliveries 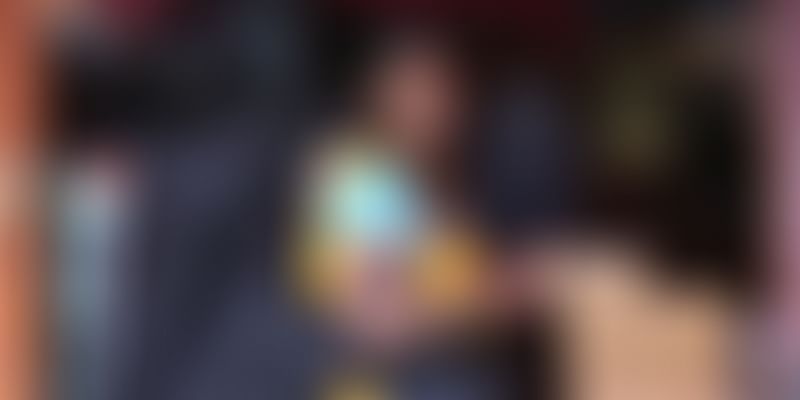 Amazon has, under its I Have Space initiative, joined hands with 20,000 mom-and-pop store owners in 350 cities across India, making them delivery partners. The retail and tech behemoth aims to leverage this network to penetrate deeper into big and small cities.

Usha M is a 33-year-old mother who runs a stationery shop in Srirampura, one of Bengaluru’s roughest neighbourhoods. The area is synonymous with violence, and it's often said that kids here grow up with knives instead of pens and see blood spilt on the road instead of ink on paper.

What does a mother do in a neighborhood like this? Usha, like every mother, is keen to help create a bright future for her son. A decade ago, she started her shop with one aim: to make enough to send her son to a boarding school far from Bengaluru. And she did that. However, with the advent of digital formats, her sales dropped and her income dwindled to a third of what it used to be.

"I needed money. I realised that every drop in income meant that my son would have to return home. That's when a friend of mine told me that I could earn money delivering products for Amazon,” she says.

Today, Usha makes close to Rs 15,000 to Rs 22,000 a month delivering an average 40 packages a day. At the peak of the festive season, she delivers up to 70 packages per day, riding her scooter across the city. Her day begins at 7 am and ends at 8 pm, after which she often works in her shop.

But she’s not the only one. She’s part of a global juggernaut, and is facilitating Amazon's big plans to reach out to every Indian. Ushas 250 sqft shop is part of Amazon India’s 'I Have Space' programme, which has 20,000 such partners delivering in 350 cities.

“This is a India-first programme and has been very successful for us. We have scaled up in five years and we will add more partners and use these learnings from India globally too,” says Prakash Rochlani, Director, Last Mile, Amazon Logistics India.

Although Amazon does not disclose the total volumes achieved from this progamme, a simple calculation reveals that the e-tail giant at the very least makes Rs 6,500 crore a year from these sellers, probably a tenth of Amazon's revenues in India by gross merchandise value.

How did this math happen? The average delivery made per partner per day is 30 units with an average cost of Rs 300 per unit. Amazon has expanded this programme from one partner in 2014 to 20,000 partners in 2019. It is keen to sign on partners after careful screening of their ability to learn about technology, the availability of space, and the ability to deliver to the customer on time. Most importantly, Amazon wants people who can build the ecommerce company's brand by understanding its customer-first philosophy.

The IHS partners earn Rs 17 per packet, and can take as many packets as they like to deliver within their region. Usually, Amazon keeps this club to a select few, with multiple partners in each suburb.

The bigger bet for Amazon in India is to finally understand popular shopping routes and destinations through their partner network. Kiranas, or mom-and-pop stores, have largely been untouched by the advent of ecommerce and big retail.

Every big company is now eyeing this segment because their customer reach within a two-to-three kilometre radius is strong.

Reliance Retail will soon offer technology to these small businesses in the form of a cloud-based CRM, so that they can take the benefit of using the soon-to-be launched Reliance ecommerce network to buy products. Reliance Retail will understand the shopping habits of people by crunching data collected from these small stores, and eventually lead them to a Reliance Store.

A clutch of businesses is being built on the small store network, including Udaan, GoFrugal, and StoreKing. No wonder that Amazon is banking big on its IHS programme and – in the process – bringing change.

Amazon says drones will be making deliveries in 'months'

Meet Manu R (24), who had dreams of studying and making it big. But, his father's 30-year-old launderette was going under. He began to scout for work, but the earnings were not enough to pay his dues or save money for his sister's marriage.

He’s well known in the traditional and conservative Bengaluru neighbourhoods where he delivers. His neighbourhood may be miles away and starkly different from Usha's, but their aspirations are the same: a life away from poverty.

Manu's launderette may not have grown in revenue, but the space is becoming a hub for Amazon. The retailer has trained him in using the IHS app to find out about scheduled deliveries, the best routes to take, and returning unclaimed items. They have even trained him in handling irate customers. “It is always the customer who comes first,” Manu says.

He has, over the last three years, earned an average of Rs 25,000 a month and even paid for his sister's wedding.

The route planning is very organised, he says. Partners go to a central hub to pick up items; or else, Amazon takes these packages to the IHS partner.

Manu and Usha reveal that 90 percent of deliveries in Bengaluru are paid for by either cards or UPI. “We also get incentivised if we get the customer to pay digitally,” Manu says. Amazon pays around Rs 5 for every digital payment.

This model works in every city the ecommerce marketplace operates in. Some of the partners are people who sell their own products on the network and also deliver for Amazon.

Naresh became an IHS partner in Dehradun in 2014 and delivers around 40 packages a day. During festivals, the number climbs to 100 packages per day. His dream is to earn enough money to make his son a cricketer.

“I have put my son in one of the best cricket academies in India. I earn enough money in my two boutique stores, but I need to give back to my son. A coach told me my son has the potential to be big in cricket and I have invested a lot in his future. I am putting the entire money earned through deliveries into his sport,” Naresh says.

He spends most of the time with his son in training. In the evenings, he sets out to deliver Amazon guaranteed seller products while his wife takes care of their stores.

YourStory also spoke to a vegetable vendor and grocery store owner in Bhubaneswar. Sagarika (25) became an IHS partner in 2015 and has been a prolific delivery person for Amazon.

She and her husband use their 220 square feet shop to store and deliver Amazon products. “We all need the money. But I did it because I want to be independent and want my family to have enough to live by without having to worry about perishable items being sold in the grocery store, which on most days resulted in a loss for us,” Sagarika says.

Like 20,000 other people across India, she discovered the Amazon programme through word of mouth. Since then, she has been able to save up money to invest in financial assets.

The lives of these sellers completely depend on consumption, and it’s well known how Indian consumption has grown over the last decade.

Consulting company BCG says domestic consumption has increased 3.5 times from Rs 31 trillion to Rs 110 trillion, and estimates it will touch Rs 335 trillion by 2028.

India is a nation of 51 million small businesses, according to Reliance. And these small stores reach 90 percent of Indian customers.

However, in the short run pundits say the economy is slowing because of a combination of factors such as NBFCs not lending, bank NPAs, and automobile companies building up inventory.

This festive season, Dussehra and Diwali will decide the fate of the Indian economy in the short run.

Usha, Manu, Naresh, and Sagarika know only one thing: “You buy, we deliver."