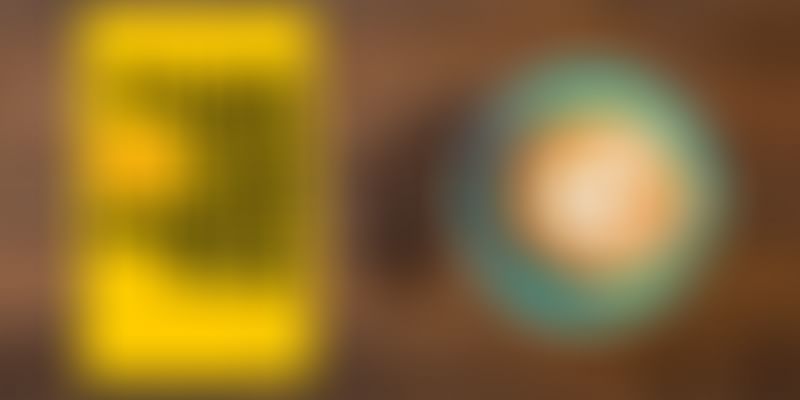 This new book offers an array of profiles of inspiring innovators. Their journeys and advice are useful for entrepreneurs, product developers, marketers, and business professionals.

Valuable insights into entrepreneurship and leadership are offered in the compelling book, Thank You for Disrupting: The Disruptive Business Philosophies of The World's Great Entrepreneurs, by Jean-Marie Dru. The book captures their business contributions and innovation philosophies in 20 chapters, ranging from Steve Jobs and Marc Benioff to Zhang Ruimin and Oprah Winfrey.

Jean-Marie Dru is Chairman of advertising giant TBWA Agency Network, and author of The Ways to New: 15 Paths to Disruptive Innovation (see my book review here). See also my reviews of the related titles Quirky, Iconic Innovations, The Creative Curve, The Prosperity Paradox, and No Shortcuts.

Great leaders have outstanding qualities like clear vision, technical competence, and the capacity to make quick decisions, Jean-Marie begins. Innovative firms have a strong sense of purpose and a cohesive culture that is keenly aware of their time; this is translated into their brands. The field of innovation has also benefited from the works of academics, authors and research firms.

Here are my key takeaways from the 240-page book with respect to innovation insights, divided into sections reflecting the structure of the book: leadership, business thinking, organisational culture, brand building, and social purpose.

Steve Jobs is renowned for his focus on frictionless user experience and design. Jean-Marie explains that Apple has created a leading ecosystem of products and platforms, and opened up a new era of design with digital products that are objects of desire. Jobs regarded his work as the intersection of “Liberal Arts Street and Technology Street,” and pushed a creative philosophy that wanted to “put a dent in the universe.”

Jeff Bezos has exemplified a relentless focus on exploration and experimentation, combining client centricity with risk-taking. Like Jobs, he believed in being a category creator: staying ahead of the customer research curve and giving people “what they didn’t know they need.”

Amazon has pioneering products like AWS that leverage its platform experience, but has also had its share of failure like FirePhone, Amazon Auction, and Amazon Destination. Bezos also bought the Washington Post newspaper; it has reinvented itself with tech offerings and incubator units, and has turned profitable.

Herb Kelleher of Southwest Airlines has shown that a strategy cannot win without operational excellence and quality of execution. Its philosophy is ‘Employees First,’ with the best industry compensation along with freedom to take initiatives. It has a ‘People Department’ (not an HR Department), and is famous for its sense of humour.

Zhang Ruimin of Haier has instituted a culture of quality, discipline and innovation through decentralisation, and customer-centricity. The company is structured with over 2,000 autonomous units, each operating as a small business with a startup-like culture for coming up with ideas.

Staff members are encouraged to think like entrepreneurs; over 200 teams have even raised venture capital on their own. With a philosophy of ‘zero distance from the customer,’ the company has come up with products that meet farmers’ needs, such as washing machines for not just clothes but vegetables. Another product is a deep freezer that works without power for 100 hours.

38 quotes by Jack Ma on work, technology, women, and philanthropy

Jack Ma (‘Crazy Jack’) has scaled e-commerce to national and global levels from China with a range of B2B, B2C and C2C models. The Alibaba group has also expanded into payments and financial services. Jack is an avid reader, and even says ‘CEO’ stands for ‘Chief Education Officer.’

The company’s business philosophy also reflects local design considerations, as seen in digital interfaces that may seem ‘messy’ as compared to eBay or Google. (Another parallel is the design of Big Bazaar stores to reflect the Indian market experience.)

Alibaba is part of a wave of Chinese companies winning in local and overseas markets as well, such as Haier and Huawei. Beijing and Shenzhen are now major global innovation hubs, and China is a world leader in new patents, Jean-Marie observes. Chinese firms are keenly aware of their historical role in the country’s renaissance and global impact.

Business literature from countries like the US has global impact, as seen in the works of Peter Drucker, Gary Hamel, and Michael Porter. Jim Collins’ Good to Great is still an international bestseller, despite disruptive changes in industry. His work has focused on the sense of purpose of a company, the continuous quest for improvement and excellence, and the need to manage contradictions and paradoxes.

Clayton Christensen has built on earlier theories of discontinuity and paradigm shift, and addresses the role of bottom-up disruption. This is exemplified in the way SalesForce out-innovated market leader Siebel or how Huawei emerged as a global player. Others like Kodak did not survive due to the ‘blindness’ of previous success.

However, Jean-Marie points out some examples of companies and innovation that do not fit this bottom-up theory, such as Apple’s i-Phone and Elon Musk’s Tesla. There are also ‘non-destructive disruptive innovations’ as shown by Nespresso and Ikea.

Jean-Marie offers a number of lessons from entrepreneurs such as Jedidiah Yueh, author of Disrupt or Die: What the World Needs to Learn from Silicon Valley to Survive the Digital Era. Entrepreneurs should identify unanswered needs, points of friction, market gaps, and new insights. Companies should cultivate a culture of speed, internal transformation, and digital acumen to stay ahead, as well as some proximity to innovation hotspots of the world.

Sergey Brin and Larry Page created a culture at Google that is a combination of old school and new, timeless fundamentals and innovation practices. It hires only 0.2 percent of three million job applications each year, picking only the best of the brightest who are also humble enough to learn.

“Google has turned HR into a science,” Jean-Marie observes, with extensive use of data and research. Today, transparency, entrepreneurship, autonomy and open communications are more valued than in the past. At times, Google itself has struggled to meet public scrutiny of these principles.

Patty McCord, former Chief Talent Officer at NetFlix, drew up a list of principles for employees such as be quick to admit mistakes, express opinions even if they seem controversial, be open in feedback, and stay nimble. But too much focus on performance can make a culture inflexible, Jean-Marie cautions.

He offers cultural principles from his own firm, TBWA as well, in terms of vision, values, practice, people, story and place. For example, it supports principles such as creativity, curiosity and diversity. Employees are expected to have hungry minds, and regularly track trends.

The role of marketing is to drive sales (near term) as well as increase the value of the brand (long term). Over the years, concepts such as ‘umbrella brand’ have emerged to described brand portfolios, and brand meanings have transcended the function of their products as well, as seen in the case of Nike, Virgin and Levi’s.

Marc Pritchard, Chief Brand Officer at Proctor & Gamble, has won awards for his work in promoting creativity, accountability and transparency. As the world’s biggest advertiser, the company is regarded as the ‘business school’ for brand managers, though Jean-Marie observes that it has faced some structural problems as well.

Marc has also been outspoken in criticising the shortfalls of online advertising with respect to transparency and metrics, and called for third party audits and brand safety vigilance. He challenged businesses to serve a higher purpose beyond profits. “Purpose reinforces the essence of a brand,” Jean-Marie explains.

Brian Chesky of Airbnb has effectively woven data, story-telling and market trends into the company’s iconic brand. It has moved beyond its early audience of ‘metropolitan hipsters’ and shaken up the hospitality business. It is admired as both a business and social phenomenon, according to Jean-Marie, despite opposition from some towns and cities.

One of Airbnb’s ad campaigns for Cuban homes after restoration of US-Cuba diplomatic relations had the caption “One giant leap for human’s kindness.” Airbnb uses “disruptive data” and analytics for predictive functions and decisions via core actionable metrics. “Divining a Magic Metric can enable terrifying growth,” explains Jedidiah Yueh.

Oprah opens up about her own personal vulnerabilities, with inspiring quotes like "Turn your wounds into wisdom” and “So go ahead. Fall down. The world looks different from the ground.” She also founded the Oprah Angel’s Network, Oprah’s Book Club, and Oprah Magazine. Such “one-person brands” are a key feature of the influencer economy, and companies will increasingly engage with them, according to Jean-Marie.

Arianna Huffington successfully built a journalism brand on positive news and constructive actions, combining a media company and collaborative platform. She has been called the “Queen of Aggregation” thanks to celebrity and crowdsourced content, and is also an “incomparable gatherer,” Jean-Marie explains.

The Huffington Post won the Pulitzer Prize in 2012, though some critics describe her approach as ‘mercantile.’ Arianna has embraced causes like women in business and the importance of sleep, and launched a wellness platform called Thrive Global.

The last section of the book profiles social impact and cause marketing, with examples such as African-American activist CEO Madam CJ Walker (Sarah Breedlove). She championed racial equality while also running salons with “beauty culturalists.”

Momentum is growing for companies to become a force for good by engaging in shared value creation, CSR, ethical practices, and environmental sustainability. Examples of such initiatives include Ikea’s People and Planet and HP’s Living Progress.

Many CEOs are concerned about the “cost of silence” and “non-engagement,” and have opposed Trump’s stances on immigration and climate change as well. Investment firm BlackRock asked its firms to show positive contribution to society, and not just financial performance.

Paul Polman of Unilever believes social purpose should be at the heart of enterprise. The Unilever Sustainable Living Plan has set ambitious sustainability targets without losing profitable growth.

Activities including tracking and reducing environmental footprints, along with consumer education. “Make it understood, make it easy, make it desirable, make it rewarding, and make it a habit,” in the words of Paul.

Emmanel Farber of Danon has focused on social purpose at the bottom of the pyramid, and believes businesses should be more humanist. The company has a number of initiatives focused on healthy eating habits, and also wants to become a certified B-corporation (‘benefit’).

Marc Benioff and Suzanne Dibianca have placed social purpose at the heart of its activities, right from volunteering opportunities for fresh recruits. As per its ‘1-1-1’ product-equity-people model, it donates to charity one percent of its products, one percent of its equity, and one percent of its employees’ time. The firm helps other companies who want to adopt this model as well, through advice, tools and best practices.

Such business leaders see philanthropy as a sound business practice, Jean-Marie explains. “They see altruism as a way to create value. They believe that social purpose is a factor for growth,” he adds.

The author sums up by observing that we live in a world full of promise as well as peril. Creativity, imagination and action are needed in full measure, and we must all become personally invested in change for the better.

Jean-Marie signs off with a quote by Mahatma Gandhi: “Be the change you want to see in the world.”