After losing an arm to a road accident, this former medical representative found a new career in e-commerce 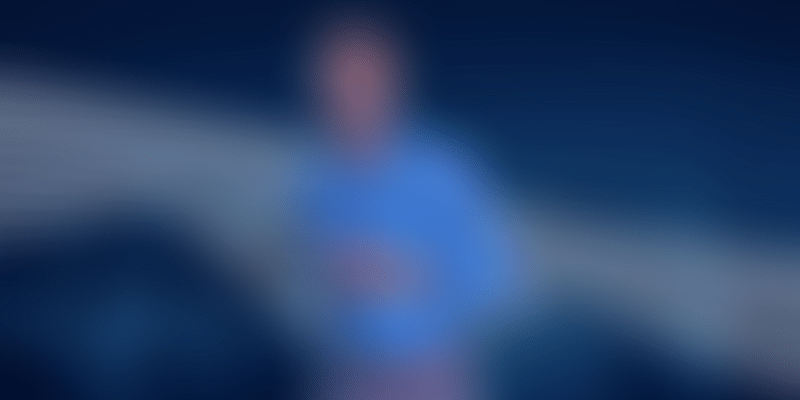 There was a time when Komal Prasad Paul’s routine was much like most medical representatives across India. A typical workday involved meeting doctors, medical shop owners, and hospital reps, with Komal having to spend over nine hours on the road each day. “Of course, it was tiring. But, there was no other option. And, then there was always the question about safety,” says Komal.

In December 2017, his worst fears came true. Komal met with a debilitating accident. “When I regained consciousness, I realised I was in the ICU. But, what left me shocked was that my right arm was amputated. I was numb, both physically and emotionally,” shares Komal.

The road to recovery was long. “I was in the hospital for over a month. Once the initial shock died down, boredom began to creep in. While there were bigger questions about my future, at that point in time, all I wanted to do was stay positive.” That’s when he decided to find solace in one thing he always loved -- painting. “I asked my father to get some paper and art supplies and I began sketching with my left hand, something I had never done before. But the challenge kept me occupied. By the time I was discharged, I was fairly satisfied with the progress I had made.”

But, with medical expenses piling up, he knew he had to get back to work. “I didn’t want to be seen as a burden or get people’s pity.” He went back to being a medical representative. “Naturally, it was tough. On one hand, there was the social stigma that comes with being handicapped. On the other hand, I couldn’t perform like before. So, I decided to quit because it was becoming unviable to continue.”

He says, “It was one of the toughest decisions I ever took. Being the sole earning member in the family, the stakes were very high.”

While he was exploring options, a friend suggested he try becoming a seller on Flipkart. The conversation set him on a new path and he spent the next few days researching how to start selling on Flipkart.

“I found most of the information I needed and there was clarity. So I decided to explore online selling through Flipkart.”

Once Komal registered on Flipkart, he received a call from the Flipkart Seller Acquisition Team (SAT).

“The team once again briefed me and also helped me with the documentation. The entire process from signing up to getting registered was so smooth. At no point was I kept waiting.”

On 16 May 2019, Komal went live as a Flipkart seller under the brand name Ultimate Hygiene. “I even made a sale on opening day. That gave me a lot of hope.”

Today, Komal sells products like nebulisers, breast pumps, baby oils, vaporisers, weighing scales, antiseptics, face washes, hair oils, and massagers. Some of these were added based on recommendations by the Flipkart team. “On average, I sell about 50 products a day. And, my sales have increased 100 percent over the last few months.”

The 33-year-old says he is optimistic about what the future holds.

“I am not only making enough for myself and my family, but have also employed one person to help me with packaging. The fact that I am now able to employ others brings me immense satisfaction.”

Komal believes that becoming a seller on Flipkart has opened up a big opportunity to grow.

“I used to be the sole earning member in the family. I still am. But, the difference is that back then, as a medical representative, I made just enough to meet the needs of my family. But, today, we are slowly moving towards realising some of our dreams.”