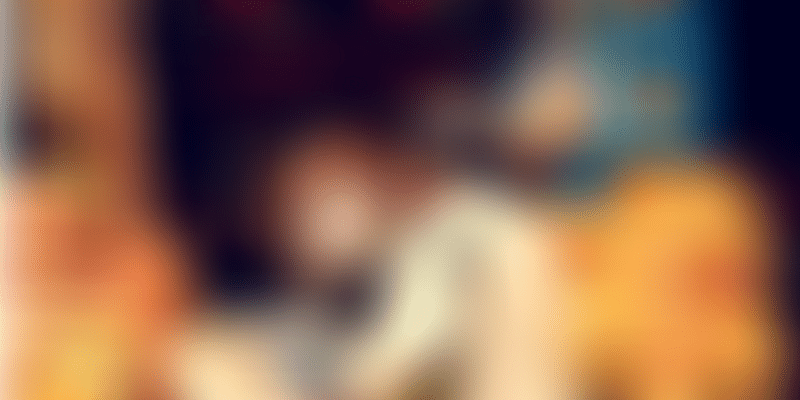 Data is the new oil - especially in the Indian retail industry. Startups and big companies are using technology and insights to help kiranas and small stores gain customer loyalty and increase revenues.

It has been 15 years since the rise of organised retail and close to a decade since the birth of ecommerce in India. Their entry has changed the way India looks at retailing as these two channels have brought in superior supply chain capabilities and hitherto unseen price efficiencies that have brought down the end cost for the customer.

However, organised retailing is, at best, at about 10 percent of the country’s consumption story, despite massive amounts of money being spent on taking on small retail or family-owned stores. This is due to inherent challenges and costs such as high rent, salaries, inventory costs, and returns.

Small stores and distributors have been able to survive with their small net margins of three percent, without the aid of technology.

However, over the last six years, there have been concerted efforts from brands and startups to work with distributors and kirana establishments by providing them technology and empowering them with data to change the way they reach customers.

The list of technology providers is endless; think ﻿Udaan﻿, GoFrugal, Amazon, Reliance, Walmart, ﻿StoreKing﻿, ﻿Jumbotail﻿, ﻿ShopX﻿, ﻿SnapBizz﻿, ﻿Connect India﻿, and ﻿Bizom﻿. All these players are going directly to the smaller stores, except Bizom, which is working with brands, distributors, and stores.

“Everyone agrees that the market is very large. No one player is going to be able to solve the way small stores go the technology route. We are focused on increasing their revenues and bringing them customer loyalty with the use of technology; until now they were subject to what the brands thought would sell in the market,’’ says Ashish Jhina, Co-founder of JumboTail.

There are close to 10 million stores in India and about half a million distributors. Less than two percent have been digitised so far. Consumer insights will help provide small stores ways to revamp their sourcing strategies and change the way they work with distributors.

Reliance Industries’ retail subsidiary, Reliance Retail, which pegs the number of kirana stores in India at more than seven million, is readying a technology platform to bring small retailers into its fold as part of its "New Commerce" plan.

At present, Reliance Retail's revenue is Rs 1,30,000 crore – making it the largest retailer in India so far. The Indian conglomerate plans to use artificial intelligence, machine learning, blockchain, and cloud computing to help kiranas become competitive.

With this move, it will gain data of 900 million Indians, which will help it become a full-stack data company. Not only will it have B2C consumption data, but it will also have B2B data from kiranas and Jio.

The company has data of 350 million Indian shoppers. With Jio, it has accumulated data of 300 million telecom consumers. At the 42nd Annual General Meeting, Chairman Mukesh Ambani announced that Reliance Industries would go after data with data-based architecture. Reliance will use this data as part of its super app strategy to serve consumers content, entertainment, and food and grocery ecommerce.

What brands are doing

Brands like Bisleri, Parle Agro, ITC, HUL, Britannia, and other FMCG biggies are betting on their distribution to get smarter and intelligent.

“Brands have a large distribution play and they have worked with small stores for years. But they were always dependent on data from distributors and thereby pushed product to small stores rather than understanding what is sold by region,’’ says Lalit Bhise, Co-founder of Mobisy Technologies.

FMCG giant The Hershey Company had exited a joint venture with a local partner a couple of years earlier and was looking to expand market reach for its confectionery and packaged foods. However, they were positioned as a premium product in the local market and aimed to reach growth goals by increasing depth of distribution – sell more in each store – rather than trying to be present everywhere. This meant that the company needed to identify the right channels and the right outlets for their products. For this, the team needed access to hygienic data on their current outlets – where they were selling, what they were selling, and how much they were selling.

However, their legacy solution had limited analytics capabilities and this prompted the team to look for an end-to-end solution that would allow them a 360-degree view of their retail supply network.

The company then worked with Bizom and deployed an onsite delivery manager to manage master data, generate reports, and provide quick turnaround times on support issues. Through the data captured, Bizom was able to offer actionable insights to solve the brand’s problems.

The brand’s sales team then identified the right outlets to focus on by using Bizom’s insights on order volumes to measure the potential of individual outlets. The company then increased drop size and share of shelf at the top performing outlets to utilise its sales potential. It backed up the sales push by extending loyalty programmes to channel partners based on Bizom’s analytics on trade promotion spend effectiveness. This increased its sales by 61 percent in India.

Similar strategies to improve distribution with technology are also followed by other brands like Mars, Bausch+Lomb, and Cargill to work with the Indian retail distribution.

Startups like Smerkato, Peel Works, and ShopKirana are trying to change the way small retailers use technology to connect with consumers and increase their margins.

“The mom-and-pop store is here to stay. Look at India’s consumption patterns and the way its network is built around the locality. It is difficult for big retailers to take over even after two decades of organised retail and money being invested because you will see these smaller stores take to technology,” says Kumar Vembu, Founder of Chennai-based GoFrugal, which has 21,000 small retailers on its platform, as well as 9,000 large customers.

The Indian retail industry accounts for well over $600 billion, of which organised retail comprises only 10 percent, according to KPMG and E&Y. This translates into a huge opportunity for startups that can help improve sales and margins for small retailers using technology. Technology is key and there are plenty of opportunities for the many Indian startups providing it.