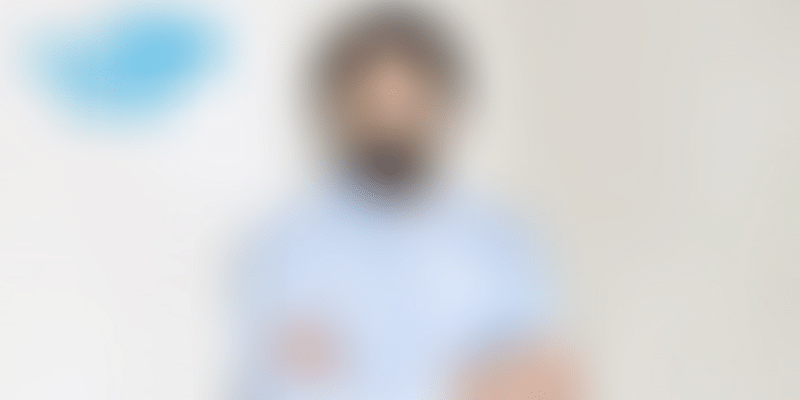 The Turning Point is a series of short articles that focusses on the moment when an entrepreneur hit upon their winning idea. Today, we look at Vishwas Shringi’s Jaipur-based startup Voylla, which makes fashion jewellery inspired by Indian art forms.

India is a country with a rich heritage of art forms. From the North’s Madhubani to the East’s Pattachitra, every Indian state has an ancient and vibrant art form on offer.

“When art forms influence and are available in the evolved categories like apparel, why not bring them to wearable accessories as well?” says Vishwas Shringi, Founder and CEO of fashion jewellery brand Voylla.

This was the thought that led him to start Voylla in 2012. Available both online and offline, Studio Voylla’s jewellery highlights designs based on traditional Indian arts and crafts. Initially bootstrapped with Rs 50 lakh, the startup is now backed by marquee investors including India Angel Network, Snow Leopard Technology Ventures, and Peepul Capital.

But, what really inspired this chemical engineer from IIT Madras to take the entrepreneurial plunge?

After graduating from IIT in 1999, Vishwas moved to the US to pursue his master’s. He completed his Master of Science from the Mississippi State University.

After working at Ansoft Corporation as an R&D engineer, Vishwas got back to school and got his MBA from Carnegie Mellon University. He then joined Amazon as a senior financial analyst intern and was soon made a senior finance manager.

After a five-year stint in the ecommerce giant, in September 2011, Vishwas returned to his hometown, Jaipur. “I have always wanted to take up new challenges that constantly pull me out of my comfort zone,” he shares.

After spending more than 12 years in the US,  Vishwas was keen on starting up on his own to create a platform in India that would align with the emerging shift towards digital marketplaces. In choosing a segment, Vishwas alighted on fashion jewellery; though apparel was already popular at the time, there wasn't an exclusive marketplace for that particular type of jewellery.

He says, “Once back in the country, I realised the potential of Indian art forms, and that was my eureka moment — to create art-inspired wearable accessories.”

While India is perceived as a land of gold where women love to flaunt their ‘zeevar’, not everyone can afford them.

Vishwas points out that the fashion jewellery options available in India when Voylla was started were mostly imitations of gold jewellery, but without the quality and designs.

“Only eBay had fashion jewellery, but the options, content, and images displayed were not clear enough. Fashion jewellery was projected to be a $2 billion space, but it was still highly fragmented and unorganised,” he adds.

By the end of 2011, he had registered the company. After a good amount of research, Vishwas developed the website and launched Voylla in 2012 with 100 products. The startup soon received its first round of funding from India Angel Network.

Today, the platform boasts of more than 15,000 unique designs inspired from art forms including Phulkari, Kantha, and Patola, and is launching 1,000 new designs every month. The startup has more than 150 artisans from across the country working in its manufacturing unit in Jaipur.

“My idea was to consolidate the various art forms in India on one unique platform and bring affordable fashion jewellery for all,” says the entrepreneur.

“Today, we have people walking up to us and asking if they can replicate Voylla’s designs in gold. To me, that is a mark of how far we have come,” he signs off.

[The Turning Point] Starting with a 150-sqft call center in a garage, to having a 50k-sqft office in Noida – The story of Dineout