At SaasBooMi, experts say India will be the product and intellectual property capital of the world 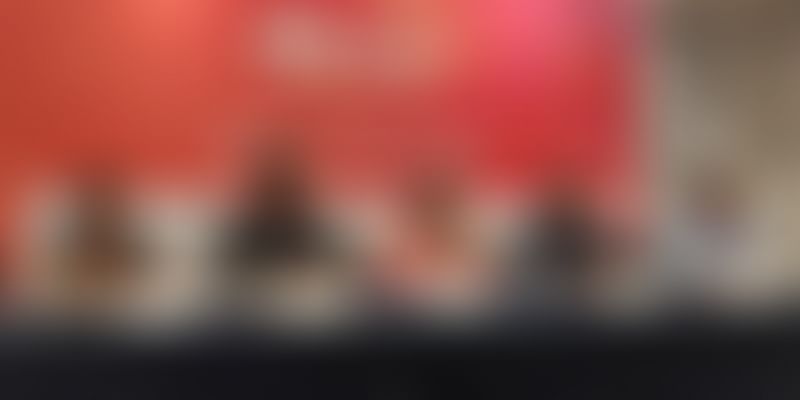 Over 50 investors, four large SaaS companies along with 500 startups got together to discuss how India's global share in the SaaS pie is growing from 2.6 percent to eight percent in five years.

Chennai is known for its large coastline, seafood, and globally successful SaaS entrepreneurs. The success of Freshworks and Zoho, along with companies like KissFlow (OrangeScape), CloudCherry, and ChargeBee has led the entire software-as-a-service (SaaS) fraternity to create a platform called SaaSBooMi, which allows successful companies to share their success stories and in return help aspiring SaaS entrepreneurs to avoid common mistakes while starting up. At the two-day event, the founders opined that India will become the product and IP capital of the world.

"SaaSBooMi is an ecosystem of entrepreneurs. It is a place to share and learn," said Girish Mathrubootham, Co-founder of Freshworks.

Today, there are more than four Indian SaaS companies with revenue of more than $100 million each, there are two companies that have crossed $50 million, and 37 companies between $5 million and $50 million. SaaS companies have a gross margin of 80 percent and grow based on recurring revenue. "There will be many unicorns from the SaaS industry," says Girish, adding that these SaaS companies will create significant wealth for the Indian economy. In an emotional keynote address, the Freshworks Founder reminisced the last decade of building his company and revealed that his firm has crossed $200 million in revenue.

"There is a titanic shift happening. The world is going digital, enterprises want to save time, get visibility, and take decisions at speed. This is happening across industries and with this SaaS startups have an enormous opportunity globally. The funding has increased too," says Shekhar Kirani of Accel Partners, adding that B2B SaaS bring better returns for investors because they scale and are profitable at the same time.

According to data available with YourStory over the last three years SaaS startups have raised over half a billion dollars with 119 deals.

SaaS is a big investment opportunity because there are 1,700 categories that one can build a SaaS company for. There are CRM, sales, marketing tools, accounting and HR as categories.

"There will be many users of SaaS products over the next five years and SaaS startups will continue to hire and train talent," said Suresh Sambandam, Founder of KissFlow.

SaaSBooMi had more than 500 companies attending the event and was sponsored by VC firms like Tiger Global, Accel, and Sequoia.