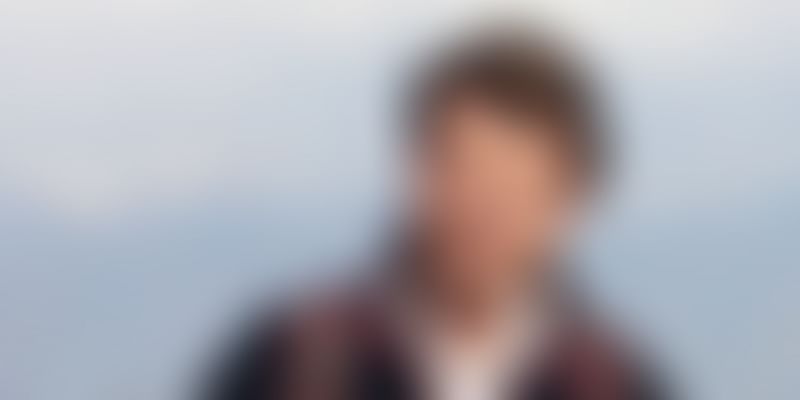 Flying Fox is redefining adventure tourism in India with its zip lines over world heritage sites and dense forests in India and Kenya. Bootstrapped since day one, the startup turned profitable only after four years of its launch

Jonathan ‘Jono’ Walter from London yearns to live his life on the edge. A former officer in the British Army’s brigade of Gurkhas, Jono has led many adventure training expeditions for five years, which includes exploring the rainforests of Borneo, rafting the white water rivers of Nepal, and mountaineering in the Himalayas.

Later on, while working with the International Red Cross, Jonathan moved to India and settled in Delhi, along with his wife and two children. Soon after, he noticed the lack of family-friendly, one-day trips and adventures that the ‘Delhites’ can enjoy.

How artists are adventurers, interpreters, innovators, and sponges - insights from Serendipity Arts Festival 2019

“The modern consumer with disposable income is increasingly looking for experiences, not things,” the Gurugram-based entrepreneur says.

That is when Jonathan decided to rekindle his passion for adventures while letting others experience the adrenaline rush too to break the monotony of life.

He teamed up with Richard ‘Dickie’ McCallum, a fellow Englishman living in Delhi. The duo scouted locations for months and founded an aerial adventure startup, Flying Fox, in 2007.

More than a decade later, over 750,000 people – mostly Indians – have crossed the zip lines and high ropes at Flying Fox’s adventure spots in India and Kenya.

As an adventure tourism startup, Flying Fox allows adventurers zip line across six heritage sites in India and Kenya. This includes Neemrana Fort-Palace and Mehrangarh Fort in Rajasthan, across the jungles of Shivalik Hills in Punjab, and over the white water rapids of the River Ganges.

In Kenya, The startup has been conducting similar tours in the Aberdare Range in Kenya, where one can fly over the dense forest in East Africa. Additionally, in the capital city of Nairobi, the startup is working to provide an urban zip line adventure and hopes to bring the same experience to India soon.

Each tour with a group of 12 people lasts for about two hours. Flying Fox also provides instructors, who are well-versed with the historical and ecological significance of these sites.

“Our business works on the bums-on-seats model. Our customers also include some corporate and group sales. We require payment upfront, so chasing debtors is not normally an issue,” Jonathan adds.

Flying Fox hired mostly locals, many of whom are graduates from mountaineering schools. Apart from that, its pool of ‘adventure workers’ include locals who reside near its sites in Rajasthan, Punjab, among others. At present, Flying Fox has a 50-member strong team.  The startup aims to scale further by adding two new sites per year.

Moreover, Flying Fox says it adheres to the international safety standards, regulated by the European Ropes Course Association. It charges as low as Rs 1,000 per person for a single tour, and can be booked on the startup’s website.

“If you fly people through the air suspended on a steel cable 200 feet above the ground, they are sure to have an adventure! But it also has to be safe and fun,” the Co-founder says, adding that safety comes before all else.

Jonathan says that the startup turned out to be the way he had hoped for – a destination for family getaways – with the domestic market making up to 90 percent of the startup’s clients.

More often than not, entrepreneurship translates to sacrifices. Jonathan sold off his house in London, and with his wife’s support, he started Flying Fox. Since its inception, the startup has been bootstrapped and turned profitable after four years of its launch.

“Dickie and I wanted to keep control of the company which is why we financed it privately in the early days,” Jonathan shares.

However, Flying Fox expanded to Kenya through a combination of debt and investment. According to the Founder, its investors are international and bring expertise particularly in the areas of real estate and leisure.

While his partner Richard took care of finance, sales, and marketing aspects of the startup, Jonathan focussed on operations and execution.

However, when Richard, who was an integral part of the startup, left in 2013, Jonathan had a tough time managing it on his own. Eventually, the startup grew with Raymond Wasser, a Dutch national based in Gurugram, taking over as the Commercial Director of Flying Fox.

Jonathan believes that adventure tourism can be transformed if the state governments open forest land to eco-friendly adventure activities and collaborate with entrepreneurs working in the space.

“In the UK and Kenya, you can lease forest land for 20 or more years as a private enterprise. But for some reason, the forest departments in India are resisting change,” Jonathan adds.

Jonathan says it all depends on the entrepreneur – how much he/she trusts themselves and the venture, besides the energy to nurture and build a startup.

Initially, Jonathan attended several events like that of The Indian Entrepreneur (TiE) and relied heavily on Tristam Mayhew, a UK-based mentor who is also a serial entrepreneur for guidance.

“At some point, you just have to head into the unknown and you need 100 percent confidence in yourself and your ideas. Otherwise, you’ll never persuade anyone else to back you, fund you, or buy your product or service,” Jonathan adds.

Having bought a house for his family exactly a decade later in Delhi, he says, entrepreneurship is a rewarding experience, to say the least.